DadHTP is back in town!  So I took him to Cowfish for dinner.  It felt like a Friday night out, actually.  That place is always bumping. 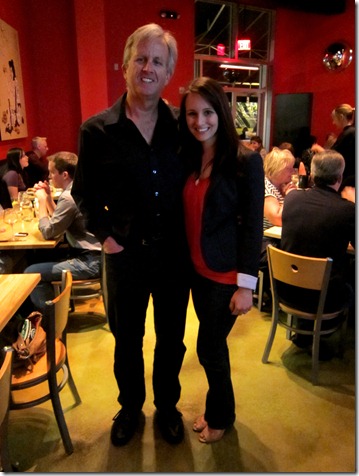 I finally ventured out to something besides sushi – and I was glad I did.  I ordered the Eggplant Done Right – with cheese and tomato, surrounded by spinach.  I asked them to go light on the cheese, and this was just right. 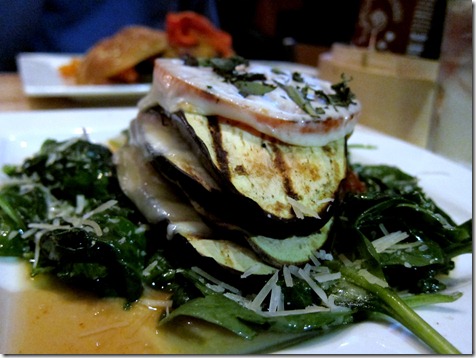 I could only eat half of this filling vegetarian entree because I was already kind of stuffed from the world’s thickest, greasiest, most awesomesauce coconut-encrusted onion rings.

I had two.  The Husband had two, too, and he remarked that he has a love-hate relationship with these rings.  They are super filling. 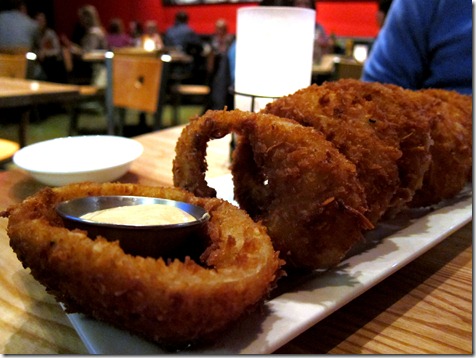 Mid-afternoon snack was a bowl of cereal. 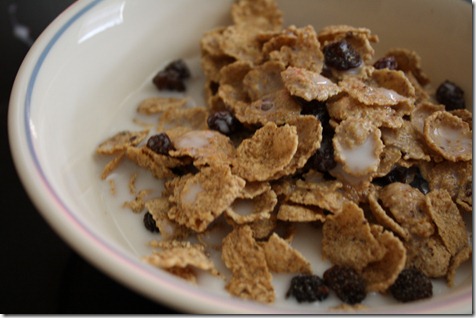 Remember Elaine, the 70-year old who also did Sunday’s Half Marathon? 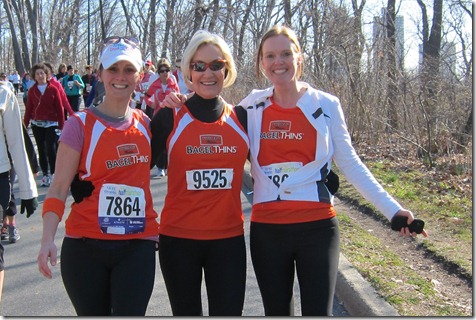 She has run over 110 marathons.  During the race, I asked her for advice and she said “Pick out what you want to do with life, and goddamnit, just do it!” She has a website!

HHere are other fun facts about Elaine.  Home girl rules.