This afternoon I did a presentation at Southern Connecticut State University about Operation Beautiful! 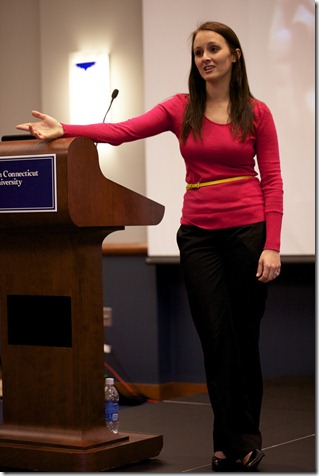 The crowd was great – some talkative boys! – and I had a lot of fun.

If you think I’m a public speaking pro, this is what I look like most of the time when I’m standing up there in front of all those people.  Help! 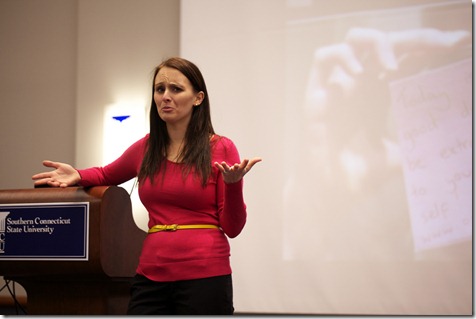 In a desperate attempt to save money while traveling, I brought a tupperware of almond butter, some bread, and fruit.  Everything survived my travels, and I had a wonderfully inexpensive lunch! 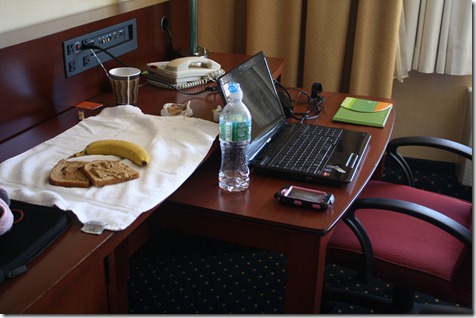 You can’t go wrong with AB+B (almond butter plus banana)! 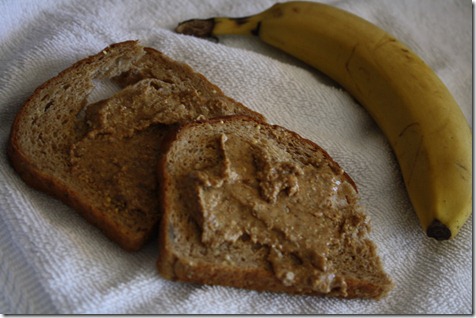 After the presentation, I signed copies of my book and finally got to meet Nicole of Bonus Round (formerly Another One Bites the Crust).  I’ve read her blog for SO long – years – and it was awesome to meet. 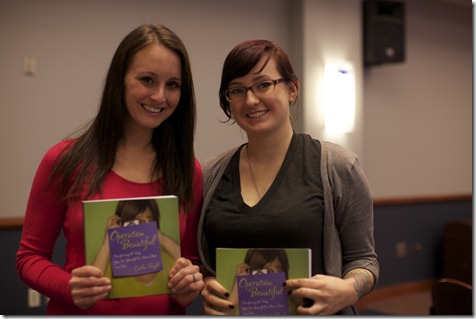 I didn’t really have anything to do after the crowd left, and I still had 4 hours to kill.  So, I chilled on the stage and hopped on the free SCSU WIFI for a while.

Finally, a janitor came and kicked me out.  😉 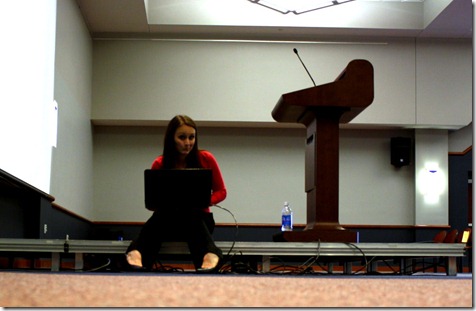 So I headed over to Edge of the Woods, a locally-owned Whole Foods competitor.  Very hippie-chic.  Tons of yummy packaged vegan, vegetarian, and organic treats, but the product looks lackluster.  However, I was there for the juice bar and salad bar. 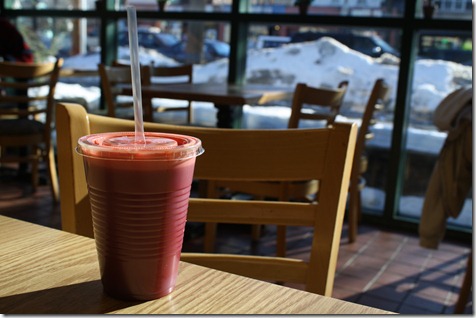 I also snagged this salad, which I hauled around for a few hours before digging in at the (so small and quaint and adorable) New Haven airport. 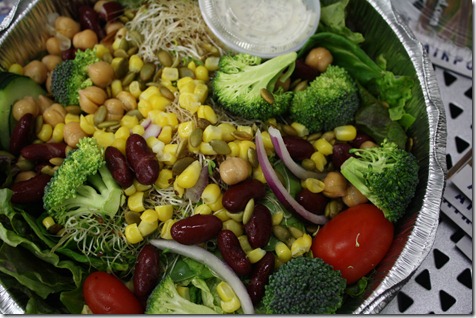 And a vegan ‘ranch’ dill dressing, which I was wary of but was so, so good.  :)  I’ll need to get Dinner Part #2 in the Philly airport.

Am I home yet?