Between yesterday afternoon and last night, I slept 11 hours (but laid in bed for a total of 15 – I was a lazy lady lump).  I think I’m catching up on the sleep zombie vortex I entered during the last month of book writing (have I mentioned I’m SO glad it’s over?). 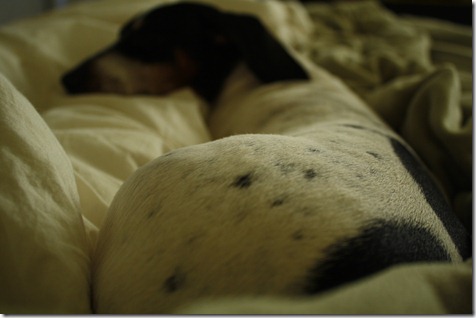 I didn’t blog yesterday afternoon, but was planning to write about our Valentine’s Day dinner at an Indian restaurant called Copper.  We went on a double date with Nicole and Isaac. 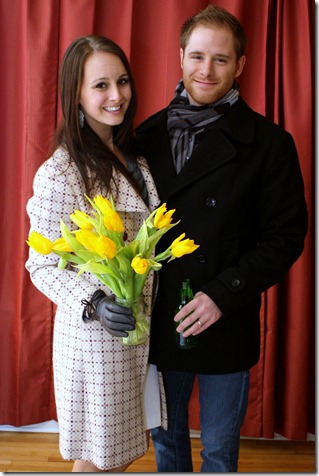 Dinner ended up being… horrible, actually (and I never say that… my expectations are pretty low, and I’m easy to please)!  We had reservations at 8:45 but they accidentally gave away our table, so we waited an hour at the bar to sit – even though I could see a ton of open tables.  The manager only comped our drinks and appetizers after we asked him to, and the entrees were totally overpriced ($17 for a veggie entree is ridiculous).  After such a seating disaster, you’d think they would give us the best table in the house, but they stuck us in a crowded and noisy room in the back.  By the time I sat down, I was so bitter that I refused to photograph my food. ;)  It was a shame because it was our special night out. I did, however, tip the waitress 20% because it wasn’t her fault.

But… I came home and slept and everything was right in the world again!

Plus, breakfast more than made up for our lackluster dinner out: 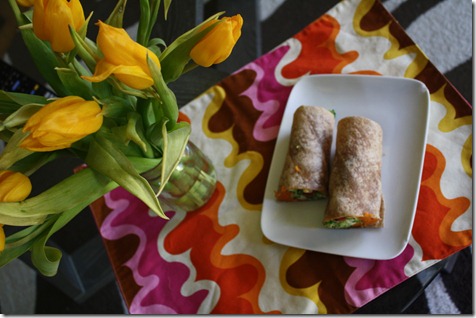 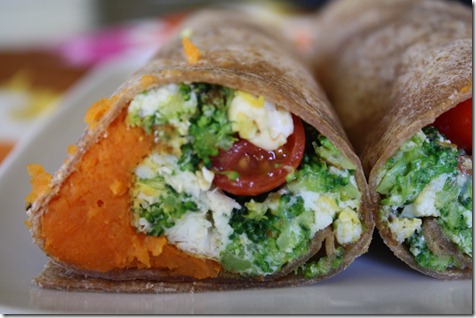 A new spin on the classic breakfast burrito!  In the whole wheat tortilla: 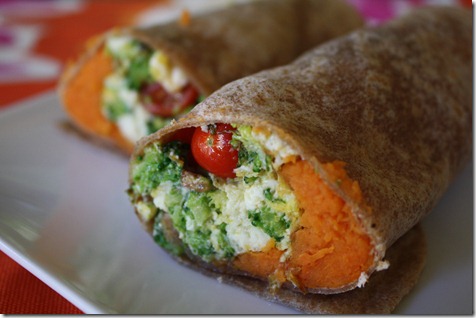 I’ve decided to take you all up on a little challenge – Eat-In February.  This will be much easier because we’re halfway through the month.  :)  I’ve been eating out too much ($$) and want to nip the habit in the bud, so for the next two weeks, I’m putting a kibosh on eating out. However, I will make the following exceptions:

Other than that, it’s going to be DINING IN in the Boyle house.  And that means lots of new recipes.  :)  This also means that I’m going to do more meal planning, so we’ll see how that goes.

Have a wonderful Sunday, my dears!