Another day, another class per my personal yoga challenge (the only rules are “practice more” and “don’t feel pressure”).  I caved and bought a month-long pass, which was affordable with my new student (i.e new to the studio) rate.

Since I have a flexible work schedule, I went to class around lunch time (it’s less crowded and cheaper when you pay by the class).   Going at noon makes it difficult to time lunch (yoga on a full belly = hell).  I snacked on some sesame covered cashews before I left. 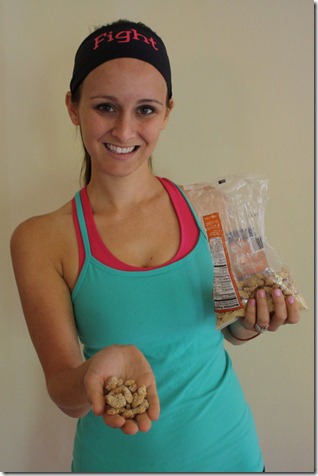 To my surprise, the Husband joined me for class!  This was his second class EVER.  We attended Power Mixed, which was a hot yoga class with minimal vinyasas and lots of long poses.

I think I’ve been done 35 or 40 yoga classes in my life, but I remember how weird it felt when I was starting because the teacher just barks out commands like, “Up dog! Down dog! Pigeon! Crow!” And you’re like, “WTF?”  It’s really just a learning process.  I only know about 80% of poses now, but I quickly look around and figure out what I’m suppose to do.

If you’re a yoga newbie, I’d recommend calling the studio and asking which class is the easiest, and then Googling poses like downward facing dog, child’s pose, and Warrior I, II, and III.   If you know those – it will be a lot easier.

He says he wants to start attending regularly with me, which would be really nice! 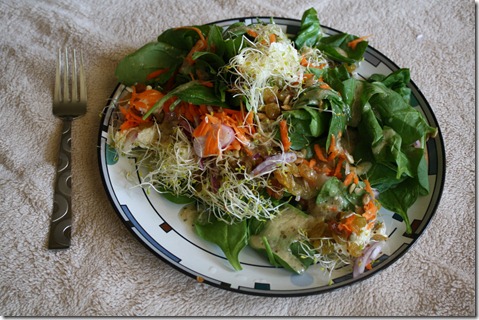 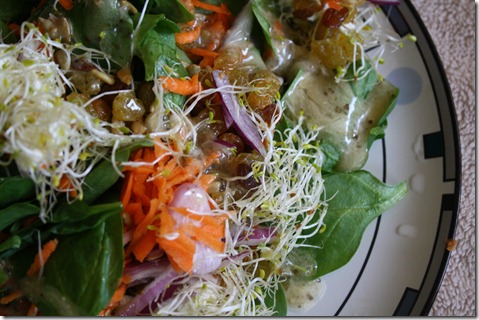 Back to work I go!  I had a meeting with Girls on the Run this morning about their annual Summit (I’m presenting about Operation Beautiful) and tonight, I’m going to coach’s training.  I’m really excited to volunteer with the organization on a weekly basis.

How did you feel the first time you went to yoga?  Does workout embarrassment prevent you from trying it (here’s how to get over it)?