Our big activity of the day was driving to the Great Smoky Mountains National Park for a very long 6.6 mile hike up a mountain! 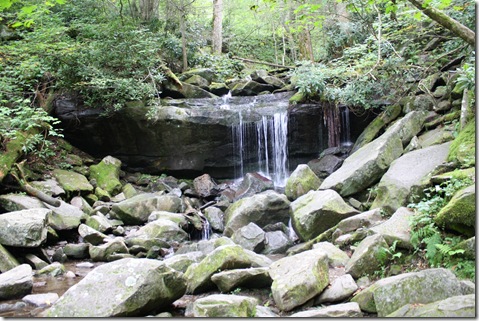 It was a very challenging climb and the back of my legs are absolutely killing me now! 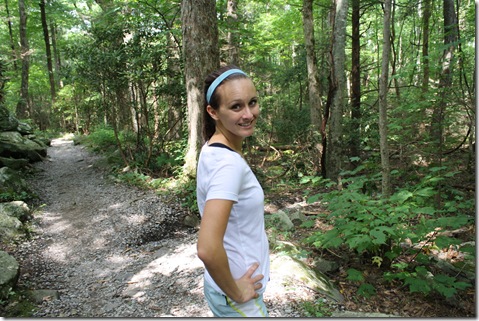 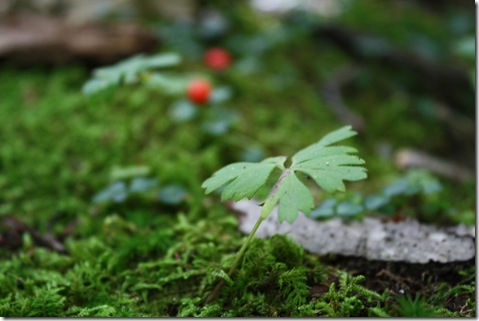 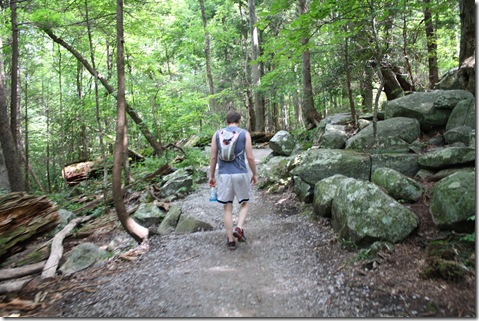 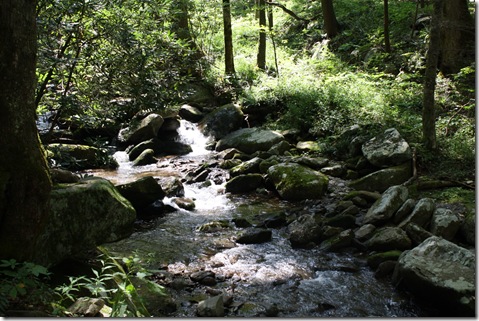 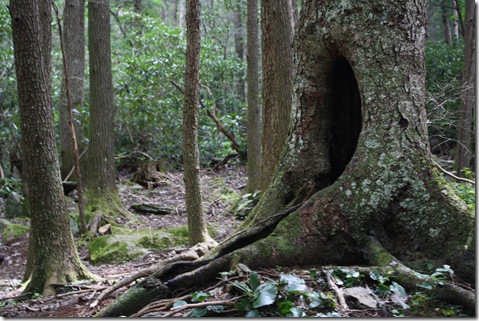 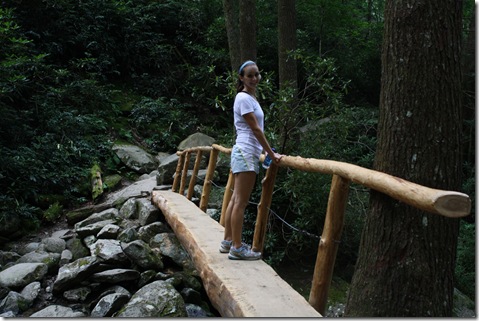 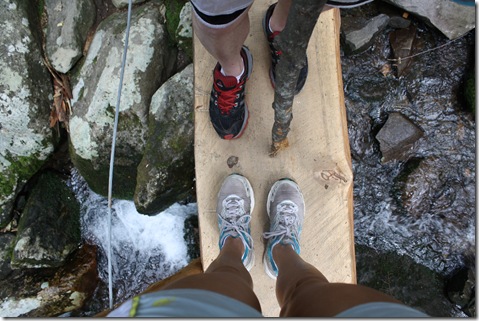 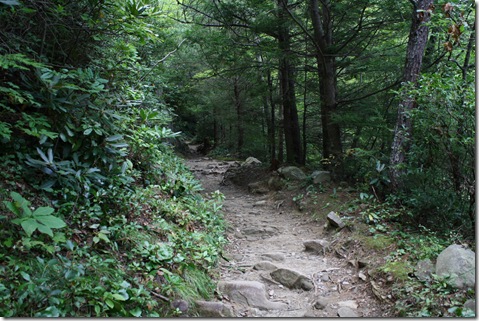 I  played the good old “Rock Monster” trick on the Husband.  You know, toss a rock deep into the forest, wait until it crashes through the bush, and then gasp, “Did you hear THAT? Is that a BEAR?!!?” He fell for it about four times before he caught on. 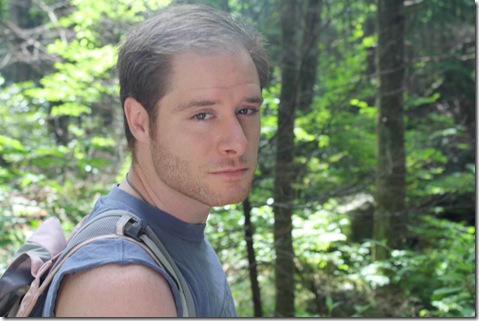 After all the talk about bears, I was a little disappointed that we didn’t see any…

Until the very end when we stumbled upon this teenager bear digging through a trash can! 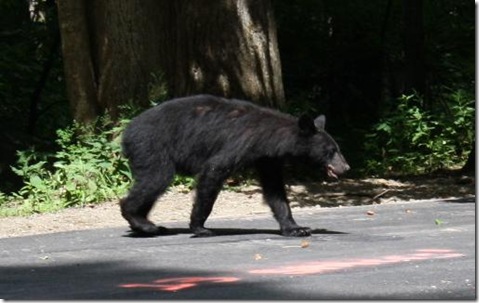 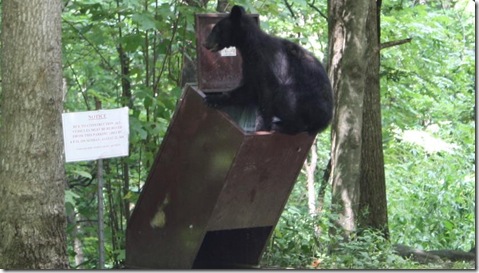 The Husband was actually in the bathroom when I spotted Mr. Bear sniffing around the back of the building.  I yelled, “Don’t come out – there’s a BEAR right by the door!”  Gave him quite a fright but he said he knew I was being serious this time – no Rock Monsters!

Eats before, during, and after the trail hike: 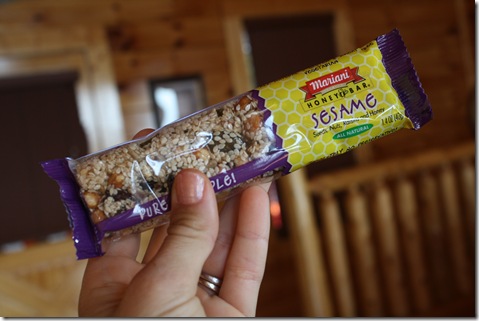 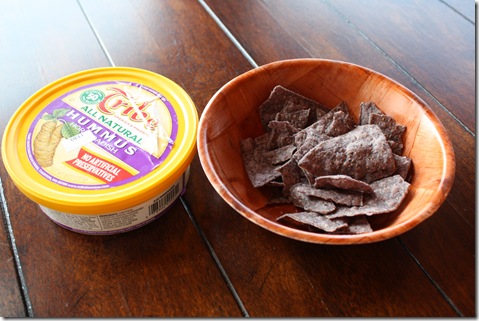 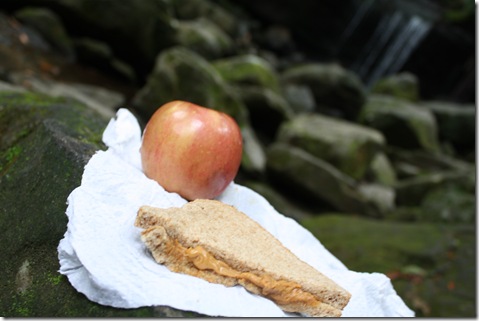 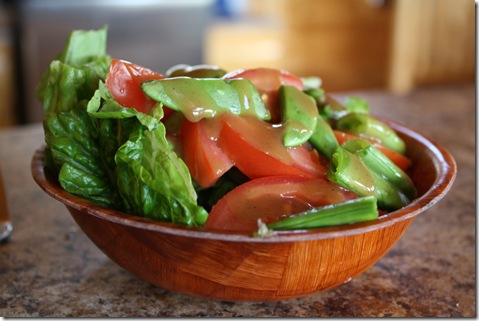 Off to catch a nap and then we’re getting massages… I don’t want to go home, ever! 🙁