on August 19, 2010
in Other Healthy Tipping Points

I’m about to leave for a 13.1 mile training run, but the weather currently looks like: 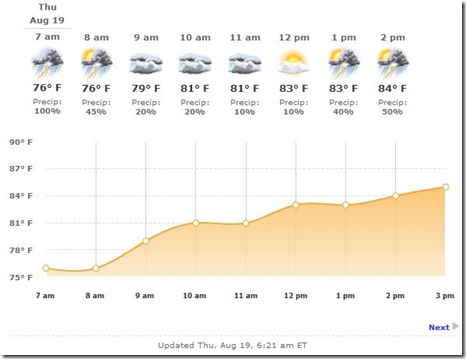 Not sure what the ramifications of this will be (Soaked and chafing? splashing in puddles like a 4 year-old?), but I’m going to give it a shot!  A little rain never hurt anyone.

In the meantime…  I’ve got an inspiring story of success from Bo, the male part of the Healthy, Happier Bears duo.  I hope you enjoy his story!

I’m not going to say it is easy, but I believe I am proof that anyone can better themselves with a combination of personal commitment and outside support. I was never a skinny kid, but I was in fairly good shape in high school. I was on the rowing team and the swim team and lead a generally active lifestyle. The path that led me to that point is a different story, but suffice it to say that by my sophomore year in college, I was living a self-destructive life. I weighed 275 pounds, drank beer every night, and didn’t exercise at all.

I wanted to make changes but the task seemed insurmountable. 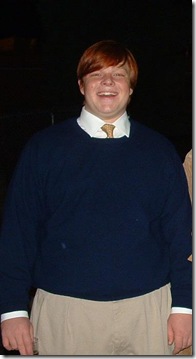 The first point that I’d like to make is that major life changes are impossible without some sort of support group. This could be family, friends, a church, or a therapist. It doesn’t really matter from where this support comes, as long as it works for you as an individual. Fortunately, I was able to lean on several of the aforementioned sources of support and by October 2003, I had begun to make an effort to curtail my eating and lift weights a few times a week. I don’t know how many of you have actually experienced the level of obesity that I’m describing (I’m only 5’10” so 275 is a particularly large number for me) but, it actually takes work to maintain that much weight. The initial ten to twenty pounds fell off pretty quickly.

I’m not going to claim that my life was really together at this point but in January 2004, a truly wonderful thing happened that I will always credit as the single most important moment of my life. I began dating the girl to whom I am now married. 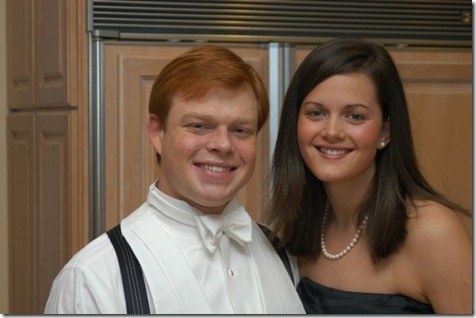 Her journey toward a healthy lifestyle is linked to mine, but it’s a separate story so I won’t cover it here. The main point is that she saw something in me that I was unable to see in myself. She was then and still is now, the most important source of support in my life.

After the initial 20 pounds, my weight loss plateau-ed and I was once again convinced that I would be fat forever. Jumping past that initial plateau was more difficult than making the first move as getting past that point required real discipline and also a willingness to open my mind to new ideas. This is the second point that I’d like to make: to live a healthy lifestyle, you have to find things that work for you. Experimentation and an open mind are essential elements of eventual success. Remember too that just because something works for someone else does not mean that it is right for you. This is something that I still to this day have to remind Ashley frequently. 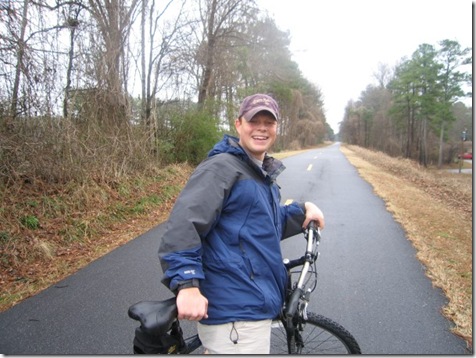 Opening one’s mind to new ways of thinking is often difficult especially when it relates to a subject that is as sensitive as food is to those that are ashamed of their body. At one point, I met with a nutritionist (this was way out of my comfort zone at the time) and we were discussing the subject of mayonnaise. I need to preface this by mentioning that I grew up in a family that used a lot of mayonnaise. It’s still one of my favorite condiments although I rarely ever eat it. The nutritionist was trying to convince me that small changes in ones diet actually make a big difference and that thinking of things in terms of trade offs is very important. She framed it in this manner: “Would you rather have mayonnaise on your sandwich or a beer in the evening?” This was a poignant question to me. After all, having a good beer is obviously more enjoyable than having mayonnaise on a sandwich.

For me, happiness and healthiness are tied together in a never-ending feedback loop. In other words, when I am feeling down, I have a tendency to slip back into a more pleasure seeking less healthy lifestyle. The opposite is true when I’m in a good place in my life. My problem initially was that I had dug myself into such a deep hole that the lifestyle itself had become the thing that made me unhappy. Thus, climbing out of the hole that I had dug myself into seemed impossible. The key was actually these small changes that I referred to earlier. By senior year of college each small change had stacked on top of the previous change to the point that I would actually wake up before 6AM, run a mile and a half to the gym, row for 30min, run home and still make it to my 8AM class with a large Starbucks coffee in my hand. 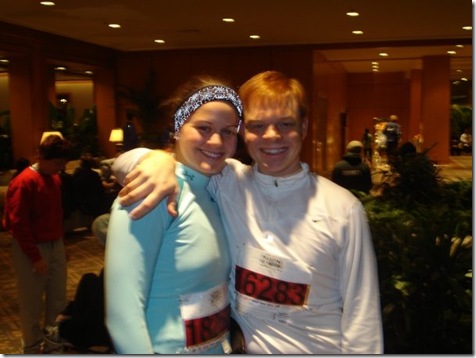 By the end of grad school in 2008, I was down to 185 pounds and had run my first half-marathon. I’ll be the first to admit that I’ve gained ten of those pounds back since moving to New York to take a job as an investment banking analyst. It’s not as easy to wake up at 5AM to workout when you were at the office till 1AM the night before. However, I’m currently training for this year’s New York Marathon, which will hopefully prove to be my greatest triumph yet.

Am I at a point in my life where I can truly say that my relationship with my body and food are perfect? The answer is absolutely not. However, I do believe that I’ve learned a great deal about myself and I hope that the point at which I find myself currently is still only the middle of my journey. 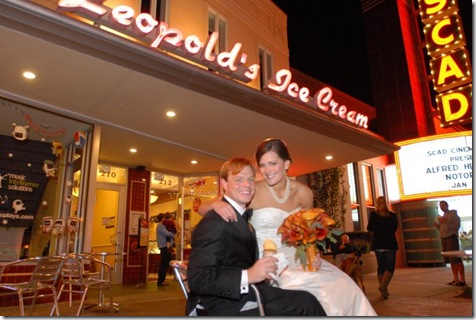 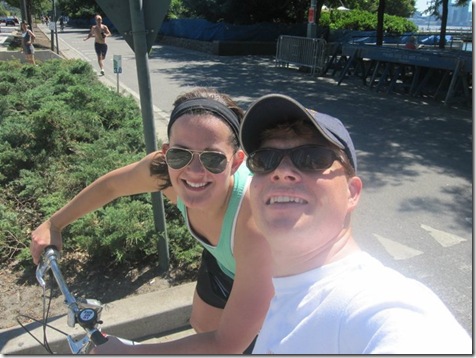 Want to read other inspiring stories?

Are you a man who can relate to Bo’s story?  Do you have a man like Bo in your life?