Let’s get the eats out of the way – I have a fun announcement!

I went to Great Harvest to pick up some dinner rolls for a little get-together I’m hosted tonight and snagged a free sample of the Red, White, and Blue loaf.  It was a sweet bread with real raspberries and blueberries mixed in! 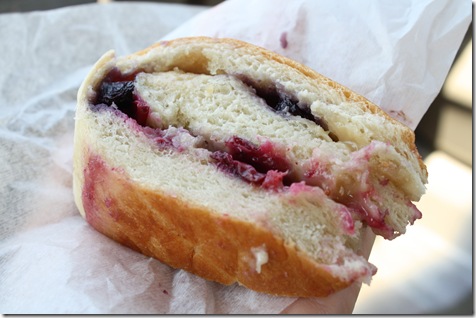 Lunch was full of veggies.  I’m really trying to pack in those veggies lately! 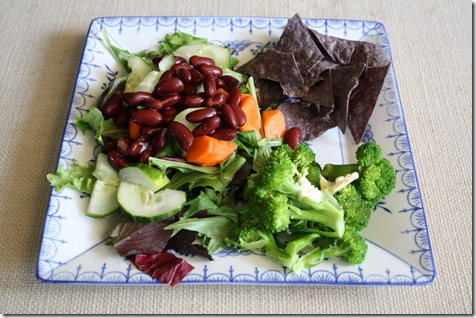 I had a salad with cucumbers, carrots, and kidney beans, as well as a side of broccoli + blue chips. 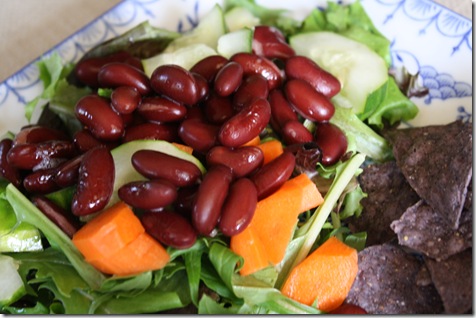 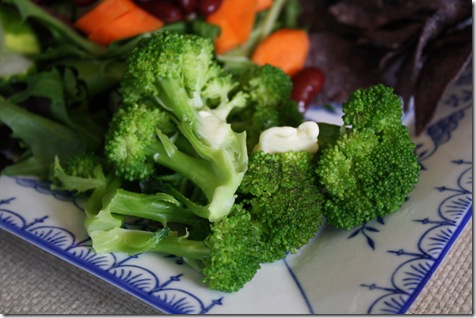 Not a very exciting lunch, but a healthy one.  🙂

Soooo.  Fun announcement!  Yesterday morning, I was in quite the groggy state between birth control pill withdrawal and general life freak-out about the book release.  For some reason, I thought it was be the ideal time to whip out my credit card and sign up for…

Alright, so it was a pretty serious impulse buy, but the more and more I think about it, the more excited I get to run 26.2 miles again!

In case you haven’t been reading for long, here’s a summary of my journey to 26.2: 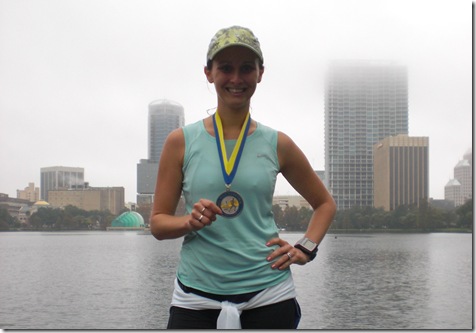 My second marathon will be in Charlotte on December 11, 2010.  That’s exactly 140 days (20 weeks) from now, which works out pretty perfectly because that’s about how long marathon training should be when you’re already comfortably running 10Ks (which I am right now).

Although I’ve only done one other marathon, I learned a LOT.  Here’s what I’m going to do the same:

Here’s what I’m going to do differently:

If you’ve run the same race distance twice, what lessons have you learned?  What things would you keep the same?