on July 7, 2010
in Other Healthy Tipping Points

Morning!  I am SO sore from No More Trouble Zones yesterday!  It really is a challenging workout, especially when you’re not used to any sort of strength training.  I feel myself getting stronger already.  🙂

I was up really late putting together IKEA furniture and now I have a desk and 1/2 a bookcase.  Baby steps, my friends! 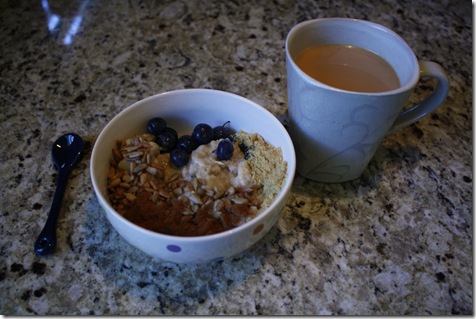 I haven’t had oatmeal since we moved! 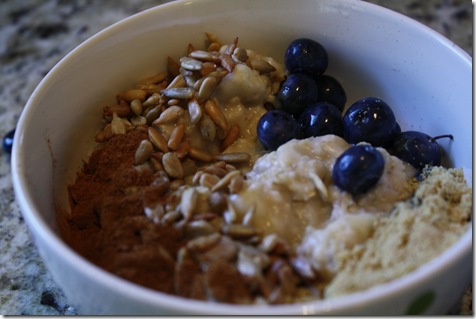 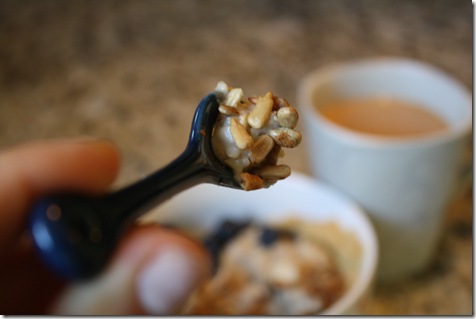 I regularly post stories of other people’s Healthy Tipping Points (here’s the definition of a HTP, if you’re wondering) because I believe they are so inspiring.

I hope you enjoy Maissa’s story!

When I was two years old my family immigrated from France to California. My father was a software engineer, and he rightly felt that California was the industry’s epicenter. My family was close, but I definitely had constant reminders that not only where we outsiders, but that we didn’t have the support of extended family as many of my friends did. I was always outgoing and friendly, but frequently stumbled through social situations due to my immigrant status. My family was a soda-free, junk-food free household, and I often felt awkward pulling out my lunches, usually left-over stews, baguette sandwiches, etc in front of my friends’ cans of coke and lunchables. The result? I started offering to finish their food when they didn’t.  I started spending my allowance on junk food and sneaking it into the house.

By the time I was eleven I was fairly chubby, not overweight per-say, but definitely just outside of healthy. Then another bomb was dropped: my mother was diagnosed with cancer the summer before I started sixth grade. That’s when I really started turning to food for comfort. I would get my allowance, go to the corner store, buy as much junk as I could and then smuggle it back into my home, and consume it. Everyone praised me for my ability to handle my mother’s illness. I was still happy, confident, and outgoing. Indeed, I too thought I was handling it remarkably well. It did not occur to me that my junk-food binges where anything other than the desire to eat the same things all my friends were eating.

By the time I graduated high-school I weighed 186 pounds. I moved from California to Vancouver, to attend the University of British Columbia (UBC), secretly hoping that getting away from my family, my mother’s sickness, and all the responsibilities I had back home would make them all disappear. While my problems back home were more distant in Vancouver, I once again found I was an outsider. I had spent 16 years in California, establishing a network of friends where I did not feel like that ‘French girl,’ and now I felt like that ‘American girl.’ Now don’t get me wrong, not only were there thousands of other American international students, but Canadians are wonderful. They are friendly, they are welcoming, and they are (although I might get flamed by all Canadians for saying this) remarkably similar to Americans. Yet there are differences, subtle, imperceptible little differences that would appear and throw me for a loop fairly regularly.

Meanwhile, my mother’s disease was taking a turn for the worse. The medication that had been keeping her stable since I was 14 had stopped working. She was back on chemo, but everyone, me included, knew it was only a temporary fix. So I continued to eat. My mother died in November 2006. I was 19. I remember eating plate after plate of food at the wake and telling people funny endearing stories about my mother any time anyone asked me how I was doing.

Nearly two years later, by August 2008, I weighed 214 pounds. Furthermore, I was stuck in a cycle of negative self-talk. I would eat to the point of feeling sick, and then tell myself I was disgusting and fat. My boyfriend (who I am still with and had been with for nearly three years at the time), was constantly telling me I was beautiful, but he’s a physically active guy. He, like most people in Vancouver, loves to hike, ski, kayak… name an outdoor activity, he’s probably a fan. If he hasn’t tried it he will. He’s naturally fit and just loves being outdoors. My unhealthy habits, and resulting inability to take part in the activities that we loved was putting serious strain on our relationship. I was unhappy with myself and blaming him for it.

My personal Healthy Tipping Point, however, came in late August. I went to Vegas with a few friends. It was over 100 degrees outside, and I felt like I was suffocating. Every picture of me shows me red-faced and sweating. I hated every picture taken because it proved to me just how unhealthy I truly was. I emailed my dad the pictures to tell him about my trip and he wrote back begging me to do something about my health. "You aren’t happy Mai, I can see it, and I think you can too. To love yourself, you must respect yourself, you must take care of yourself, and right now you aren’t doing any of those things."
My father never came out and called me fat, he never told me I was overweight, he just told me that something needed to change. He was right, and when school started in September, I marched into the gym and bought a personal training package. A considerable amount of money later, I knew I had no choice. I had either just wasted a month of rent on nothing, or I was going to make a change. 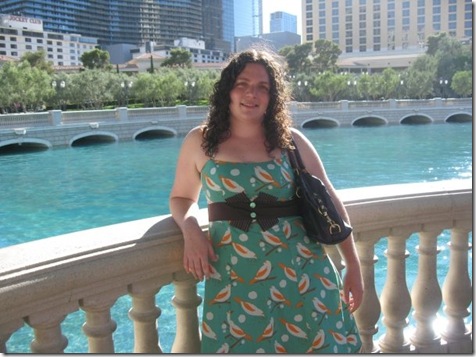 At first, I was focused on losing the weight to look better. I did everything my trainer told me, and I threw out all the junk food. I lost six pounds in two weeks, and 10 pounds in six weeks (averaging just under 2lbs a week, a healthy weight loss). Two months in though, something amazing happened. I found myself craving the gym. It was midterms, I was studying like crazy, and all I wanted to do was take a break and hit the stationary bike. So I did. I came home and found my focus was improved. I felt happier, and I was able to retain more information. 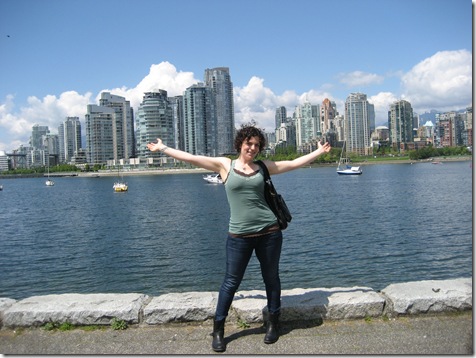 It was official. I was an endorphin addict. Over the next year and a half I made some pretty significant changes. In February 2009, I became a runner. That November I ran a 10k. In February 2010, I ran a half marathon. My Dad and brother came to Vancouver to support me. In May I ran my second half marathon and managed to have fun doing it. This summer my boyfriend and I are planning a seven day camping trip through some pretty rugged back-country and over some pretty serious mountains (it’s called Beautiful British Columbia, but there’s some ugly terrain out there). I’m confident that whatever gets thrown at me I have the physical fitness to overcome it and enjoy it. I have energy, I am happy, I wake up every morning thrilled to be alive. 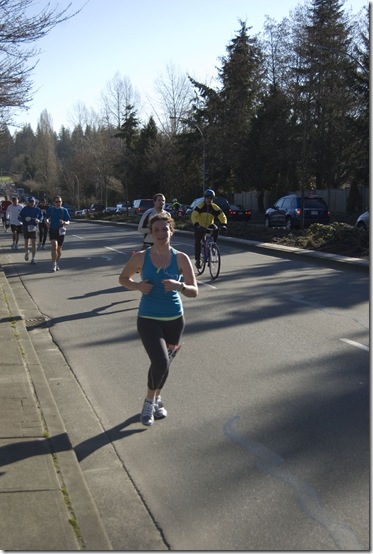 A lot of people ask me what made the change stick, and I don’t really have that great an answer for them. It was a combination of things. I wanted to look better, yes, but I wanted to be able to hike with my boyfriend. I wanted to stop feeling like I was holding him back. I did have to force myself through those first few months, but once I started to see the benefits of getting healthy, I was hooked. That feeling took me through the first year of my journey.

Then I discovered the blog world. I admit, I stumbled upon Operation Beautiful first. I was home, visiting family and friends in San Francisco, and I was at my old gym. On one of the mirrors was a note: "You are strong, independent, and capable. Nothing can take that away." Underneath the message was written, www.operationbeautiful.com. I made a mental note of it and checked it out. I started reading Healthy Tipping Point and realized that here was someone else who had struggled with their health and had found a way to live a healthier lifestyle. I knew that if I ever wavered, if I ever had a bad day (and there have been bad days, there will always be bad days, it’s life), I could look to the blog world for inspiration.

This has given me the strength to continue on my own personal journey, because I truly believe it never ends. Yes, I am at a point where I am healthy, but life throws curve-balls at you and you have to re-asses your strategy.  But I know I will always be able to adapt.   After all, in the words of that first Operation Beautiful note, "I am strong, independent, and capable [and] nothing can take that away!"