The winner of the Athenos feta giveaway is Charlene D!  She wrote, “The best summer food is whatever I can find at the local farmers’ market!! I am particularly loving heirloom tomatoes — and to think I detested raw tomatoes until 2 years ago!”

Breakfast on the floor!  Our house is a bit of a mess right now with our visitors, so the prime location for food photography was the floor. 🙂 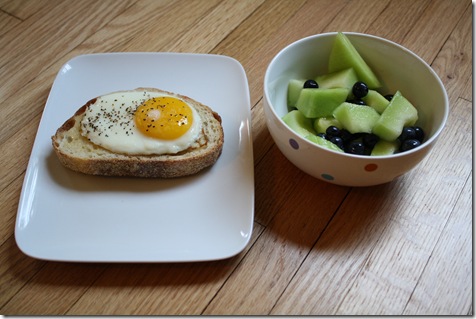 Have I mentioned I am obsessed with making perfect sunny-side up eggs?  The key is to put it on a hot frying pan with lots of cooking spray – and then try not to touch it too much! 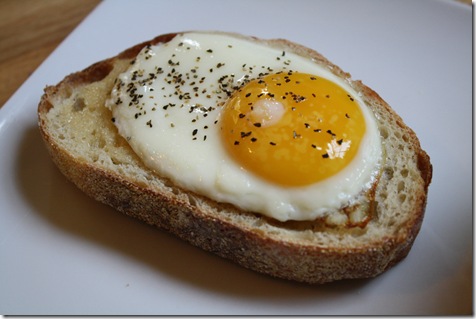 With a fruit bowl: 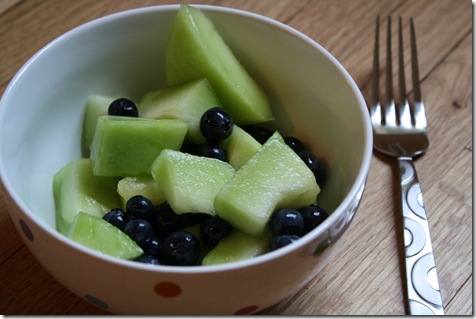 Our plans for today include hitting the farmers’ market for some fruits and veggies so my mother-in-law, Nick, and I can spend the day canning!  I was really surprised that they were both so enthusiastic about it, but they are totally game. 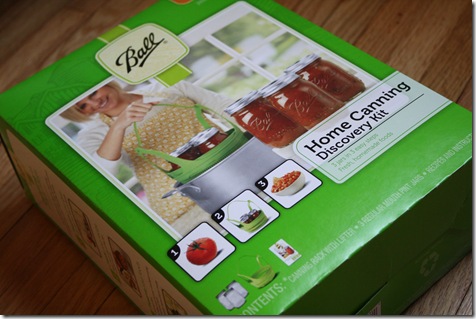 Here’s the latest and greatest HTP!  I hope it inspires you as much as it inspired me to stay healthy for long-term.

Last fall, I saw my doctor for my annual physical exam, and expected everything to be normal. I was in pretty good shape at around 125 lbs and 5’5" tall.  I also ran three or four days a week, more than I had ever done before because my boyfriend and I motivate each other to go further and faster. I was confident that nothing could possibly be wrong, but a few weeks later, when I got my lab results back, I was shocked. I was only 8 points away from having high cholesterol. My consciousness was flooded by all the knowledge of my family history: my grandfather’s arteriosclerosis, my grandmother’s debilitating stroke, my father’s heart surgery and daily regimen of pills to lower his cholesterol and blood pressure. 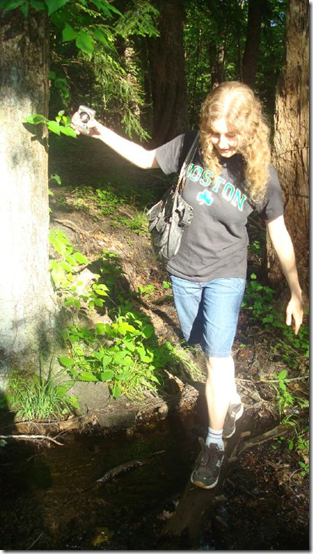 I was terrified. I cried, I lamented that I did "everything" right but still had high cholesterol, I had nightmares of heart attacks. And then I decided to do something. I raided the pantry and refrigerator, looked at the nutrition facts, and was surprised by what I had been eating. An Oreo here or there, the occasional slice of pizza, didn’t seem like a big deal because I ran frequently and worked off the calories; but I was feeding myself inferior fuel, and I decided that I had to change that. I cut the saturated fats, eliminating cheese, butter, and cream from my diet, along with most processed foods like packaged cookies, crackers, sugary breakfast cereals, chips, and so on. That left me with seemingly few foods, but then I started experimenting with cooking my own food.

I started simply with oatmeal for breakfast every morning, and prepared my meals differently; I steamed vegetables instead of sautéing them in oil, and started eating more fish instead of chicken and turkey. I was surprised by how easily I could break my attachments to certain foods; I still enjoyed what I ate, but I approached it in a different way. I realized that food extended into my entire body, it didn’t just stop at my mouth and disappear after I had tasted it, but became a part of me. And to take care of myself, I had put good things into it. I also vowed to run every day, and my boyfriend held me to that promise; we started running more seriously, and now I can run a mile in about 8 minutes and 40 seconds. A few years ago, that was unfathomable to me. 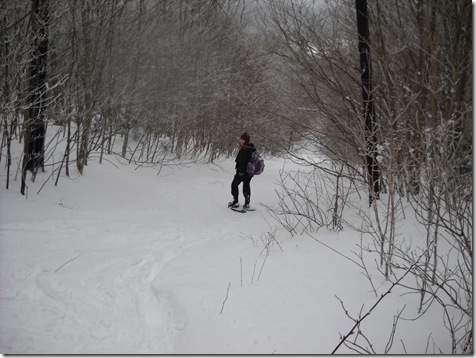 I thought I was healthy before, but I am amazed by how much better I feel. This winter was the first in several years in which I didn’t catch strep throat; in fact, I didn’t get sick at all! I had so much more energy, and found a new pleasure in pushing myself to my limits, taking up swimming and snow-shoeing. I didn’t lose a great deal of weight, but I’m so much stronger than I was last fall. At first, I was motivated by fear of going on Lipitor before I hit my mid-twenties, but that gradually turned into a positive force of continuing to do things that made me feel good. For me, it’s not about following a diet or an exercise routine, but embracing life and improving everywhere I can.

Did a health issue motivate you to get healthier?  Tell  me about it!