So, as mentioned this afternoon, I want to train to run a faster 5K in the next two months or so.  Today was my baseline test – I ran 3.1 miles without stopping to walk once (so hard, by the way).  It was overcast and rainy, which is perfect Florida summer running.  🙂 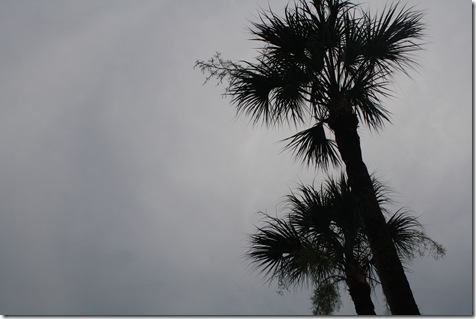 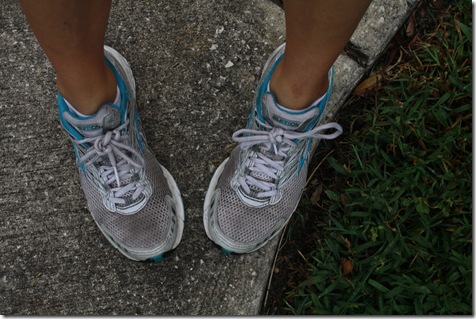 I also need to PICK out a race in my new city, Charlotte.  The 5K will be my first Charlotte race! 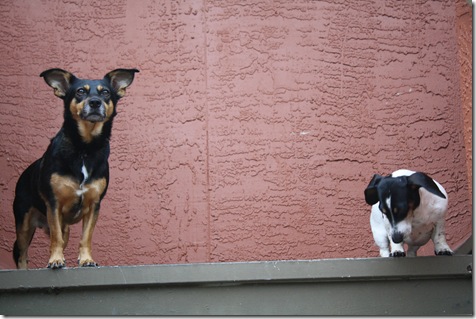 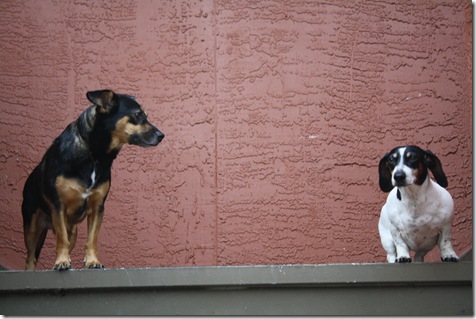 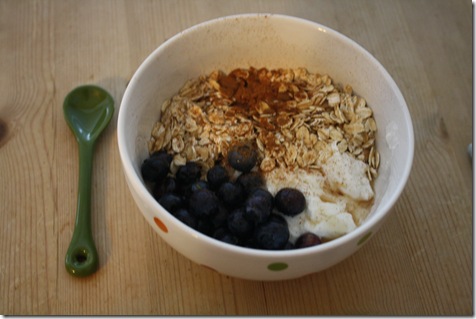 Dinner was a Morningstar Black Bean burger, spinach, and gorgonzola cheese in a wrap; cherries; and a mashed sweet potato. 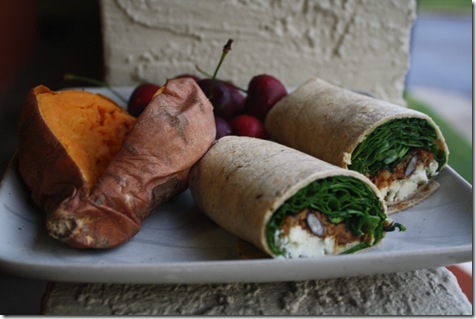 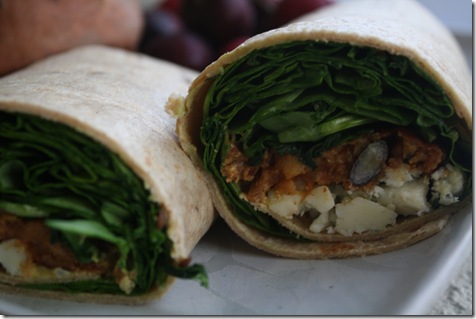 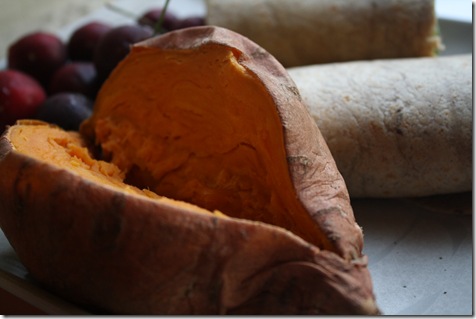