Benefits to moving:  You find all sorts of important stuff.  Like… 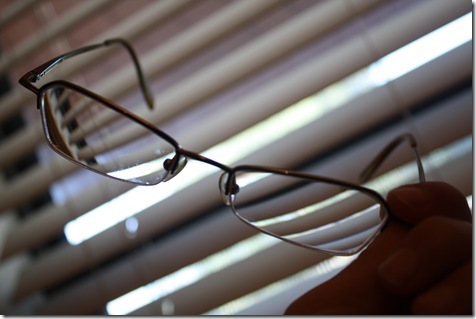 I thought I had lost my glasses in England over Christmas, somewhere in between Bath and London.  I’m actually blind as a bat without contacts or glasses (my script is nearly –5.0 in both eyes) so I searched through my suitcase frantically but never found them. 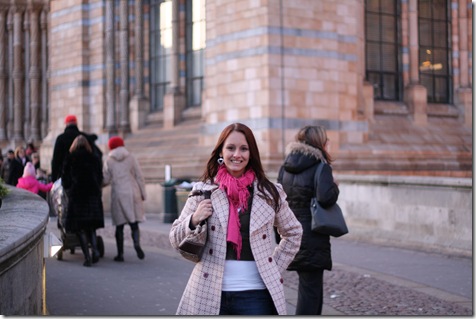 But then they popped up this weekend in a hallway closet under a pile of stuff (??) and I screamed and danced around my living room (literally).  I had gone to the eye doc for a new script and even tried on a bunch of glasses, but nothing compared to MY glasses (which I’ve had since 2000!).  Oh, and I’m a cheapskate and the thought of spending $100 on glasses was too much.  Glad I put it off for 6 months!

I’m wearing my glasses as I eat this delicious breakfast! 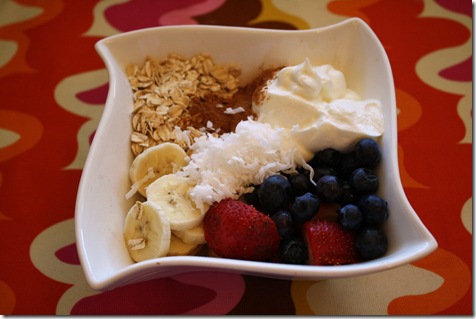 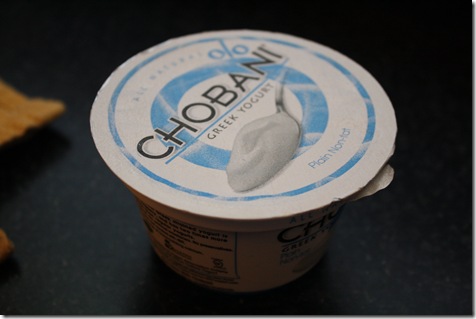 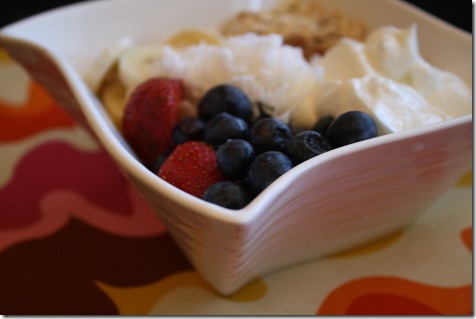 Some of you have asked if I mix up my yogurt messes.  The answer is YES!  That’s how you get the oatmeal to get all softy and tasty. 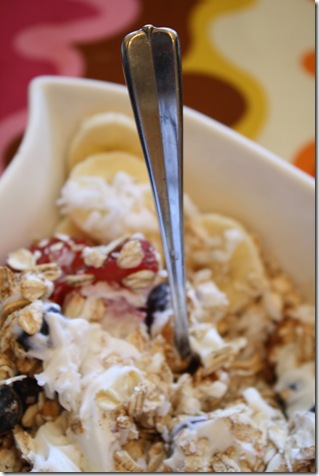 Things to do, people to see!

What have you lost and are looking for? (Feel free to get metaphorical on me!)