Have I got a special recipe for you! 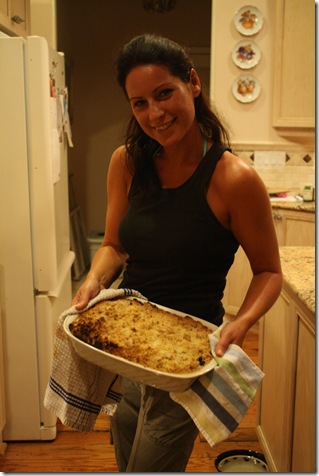 My sister-in-law moved from London to America a few months ago, and she brought some great English recipes with her.  One of my favorites is Sophie’s Apple Crumble. 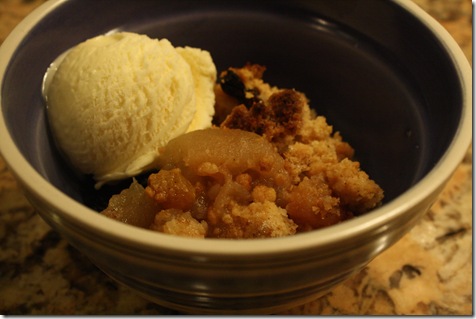 Which is AMAZING with vanilla ice cream!

Sophie’s Apple Crumble was part of a big congratulations feast for the Husband (he just finished grad school). 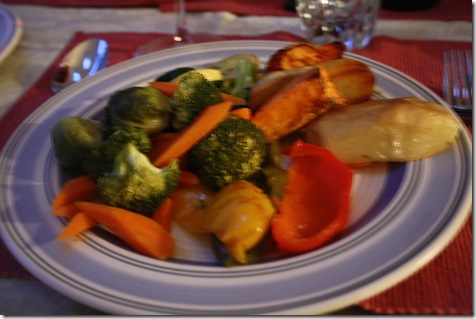 I also had a glass of Merlot, too. 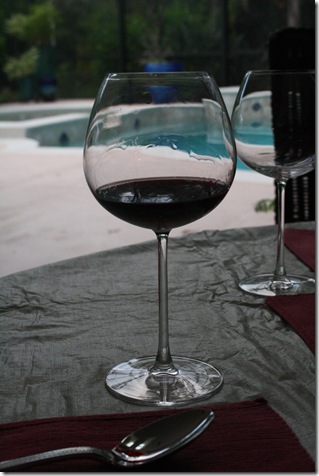 Before coming over to my in-laws’ house, I went on a 5K (3.1 mile) run around the neighborhood.  I don’t know what I was thinking because it was SUPER HOT out and in the middle of the day!  I took a few walking breaks and finished up in 32:00 ish.  Good run, though!

Before my run, I snacked on cherries and crackers with almond butter. 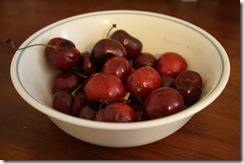 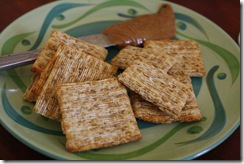 And for lunch, I had roasted broccoli with a hummus sandwich. 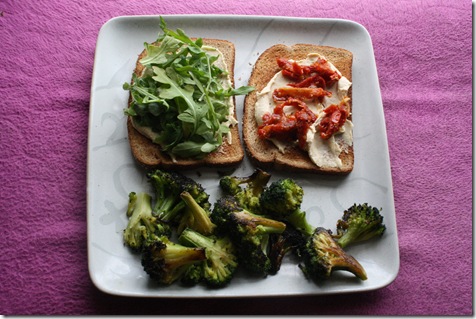 The hummus sandwich had sundried tomatoes and arugula on it – my favorite way to make a hummus sammie! 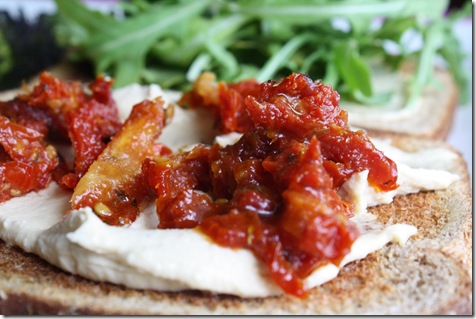 Better get into bed… we’re driving to Charlotte in the AM!

What’s your family’s famous dish?  Do you have the recipe or does the cook hide it from everyone? 🙂