Too big for a spatula! 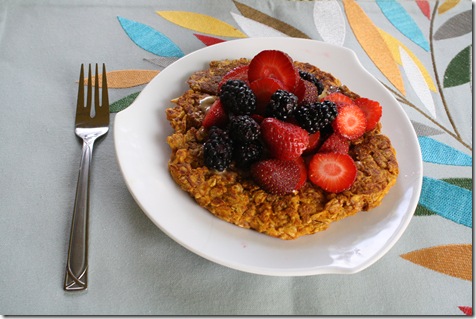 I used a plate to flip this HUGE oatmeal pancake.  It threatened to crumble on me! 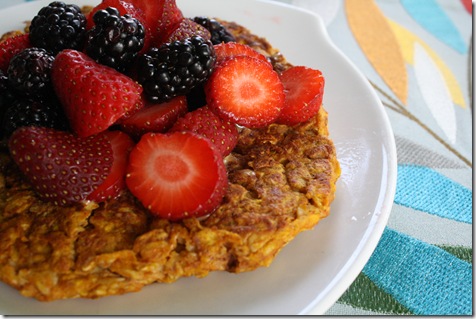 And I topped it with maple butter, strawberries, and blackberries.  So delicious! 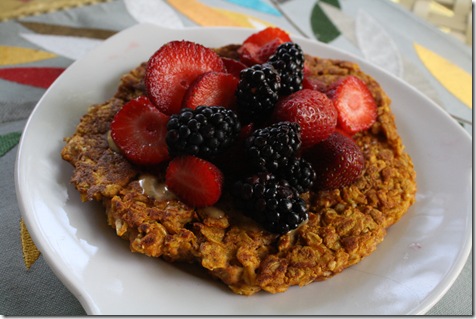 I think the canned pumpkin is what makes the oatmeal pancakes work… I love the flavor it infuses, especially when you generously dump cinnamon into the batter!

In my quest to do 26 races before April 26, I recently signed up for:

Next Saturday’s 8K is going to be an easy, just for fun run.  And for the upcoming 5K, I’m running it with my brother-in-law Nick.  It’s his first race!  He was going to do a 10K with me this past fall, but fell down the stairs and sprained his ankle.  I’m excited to race with him.

You can read the recaps of my 23 other races on this page.

Lots of excitement coming up – but it’s weird because after May, I have NO race plans.  I’m moving to Charlotte and haven’t really figured out the race scene yet.  I don’t even know when their “season” is (ours is in the Fall and Winter).

I’m getting pretty nervous about moving and adjusting to a new life, but for now… I’m just going to enjoy the next 2 months in Orlando!