After a four hour train ride, we are safe and sound in Manchester! 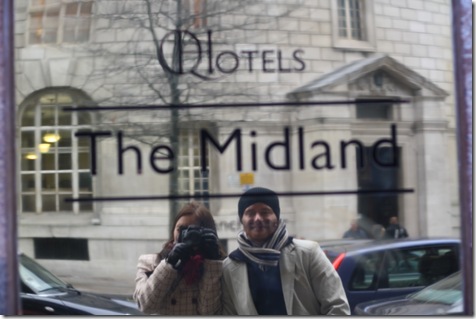 We are only in Manchester for one night because we are going to a “football” game tonight.  The Husband’s favorite team is Manchester United.

Tickets are really hard to come by, but we managed to snag a pair of fourth row seats using a ticket exchange website for season ticket holders.  The Husband has never seen Man U play in person, and this is basically a dream come true for him.  I’m excited, too!

Our morning started off way too bright and early for a vacation – my alarm went off at 6:45 AM, I crammed 1/2 a Clif Bar down by throat, and trudged through the rain and cold to the gym.

I ran 2.0 miles before returning to our suite for a shower.

Then, we checked out and headed to the train station, where I got a scone, coffee, and apple: 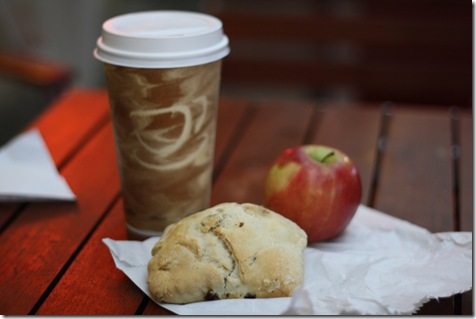 Our train ride involved three transfers that left us no time to grab a legitimate meal.  I ended up eating a bunch of junky / snacky food out of my bag out of boredom: 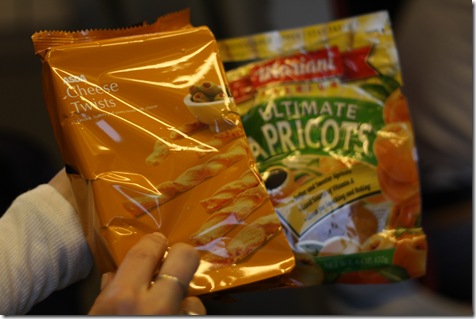 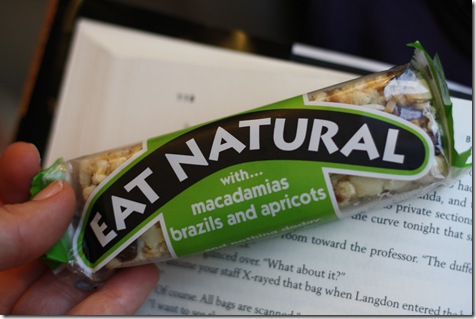 I liked looking out the window and watching the countryside go by.  My favorite thing to see where the lambs and the horses (that had jackets on… aww!): 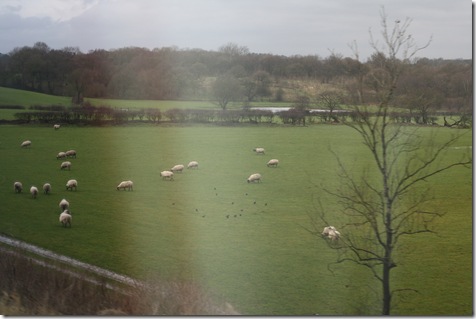 After a long, long ride, we arrived in the lovely city of Manchester. 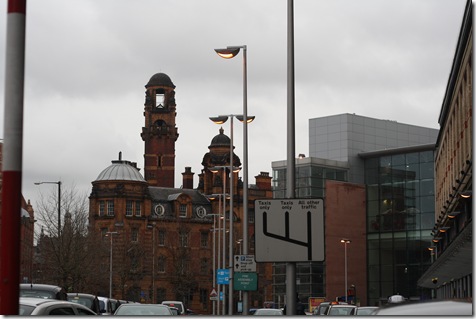 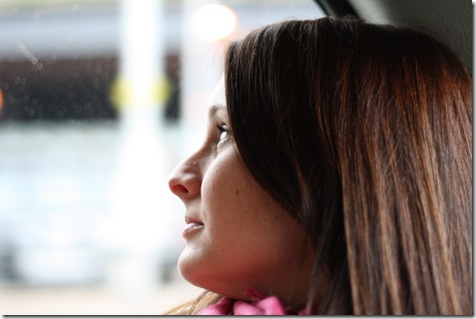 We grabbed some baguettes from a corner store, which I’m eating as a very late lunch.  Mine was cheese, tomato, and some sort of mayo-ish dressing: 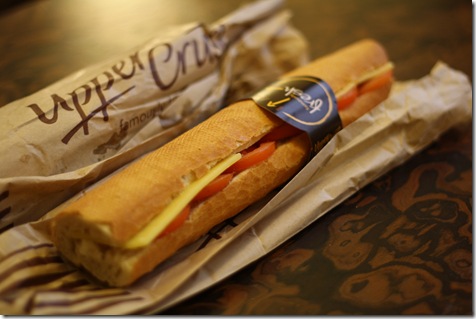 The bread was crunchy and hearty!

I need to mentally prepare myself for the Manchester United game.  From watching matches on TV, I know it’s pretty intense! 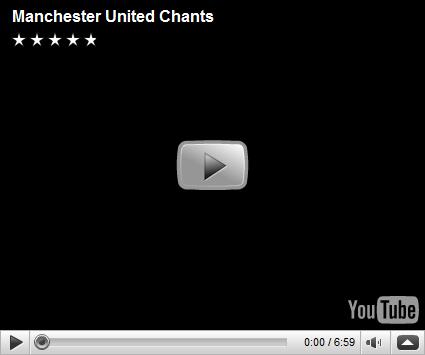 The sing the ENTIRE time!  🙂

Ever been to a “real” football game?  Or did you play it as a kid?  I loooove to watch football/soccer on TV – it’s fast, furious, and interesting.  The players can run up to 7.0 miles during one 90-minute game!