The Husband is obsessed with Indian food and claims that the best kind is found in Britain (of course, he’s never actually been to India). 🙂 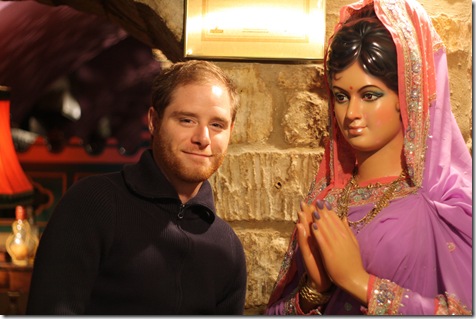 I was a little nervous about the food.  I typically prefer Thai to Indian (I thought I didn’t like curry).  However, the place had a lot of ambiance and many, many awards on the wall, which set me at ease! 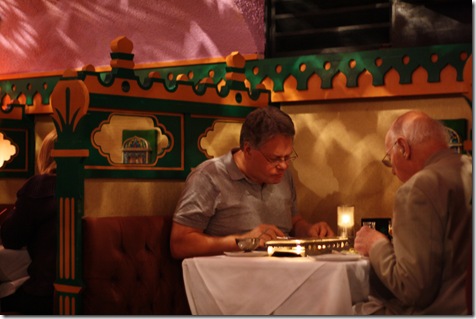 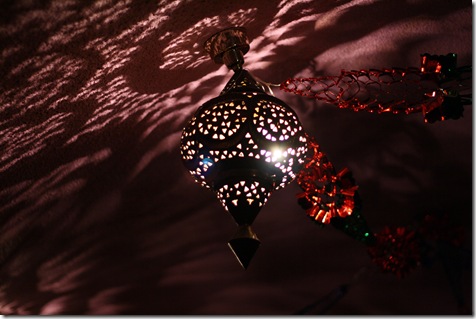 I let the Husband do the ordering.  He requested the Raj Poot vegetables:  eggplant, bindi, new potatoes, chick peas, and selected spices cooked in a thick sauce: 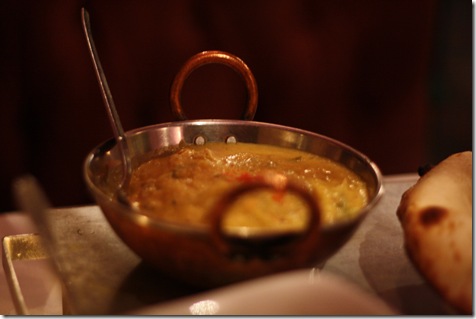 As well as the Lobra Korma:  cauliflower, mushroom, green peas, and potatoes simmered in sauce of browned onion, ground spices and coconut powder 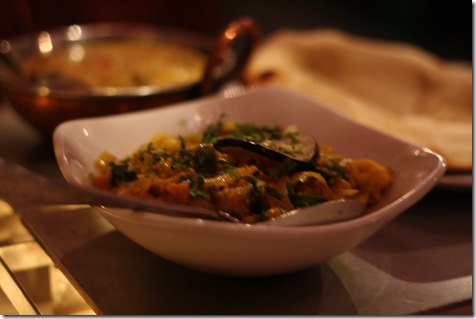 We split those two dishes along with a serving of Pulao rice.

On the side, we had Peshwari Nan, which is leaved bread stuffed with nuts and raisin.  I could’ve made an entire meal out of this bread! 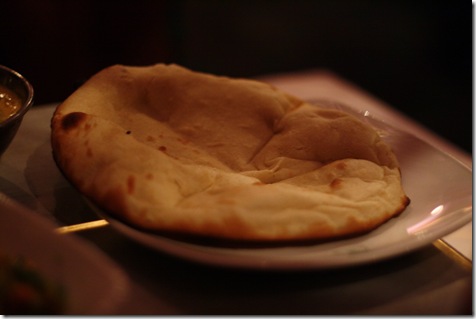 I was BLOWN AWAY by Raj Poot!  I really did not think I liked Indian food, but the Lobra Korma was especially amazing.

As I typically do when eating ethnic food, I made sure to order the nation’s beer.  I had a Cobra, which was delicious (I do not like Kingfisher beer – another Indian beer – at all, just an FYI for you beer drinkers out there): 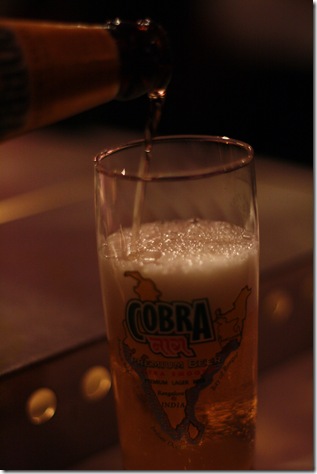 SO satisfying…  And despite all the food I consumed, it didn’t weigh me down or make me feel overfull (although I’m sure I technically was!).

We stopped off at a few British pubs afterwards.  The Husband was thirsty!  I decided to practice some beer moderation and got the 1/2 pint on the right. 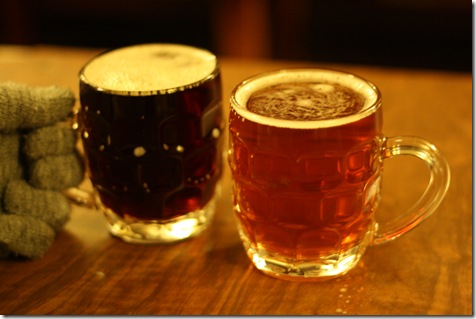 The pub itself was super tiny and cute.  I would totally hang out at this joint if I lived in Bath (it was called The Green Street Tree, I think). 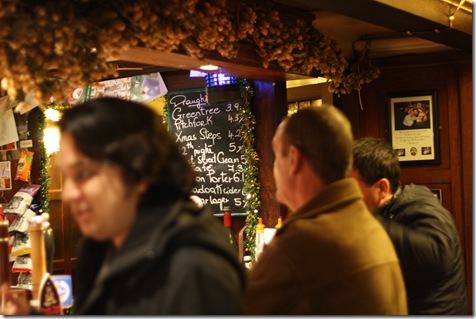 Tomorrow, we have a BIG DAY PLANNED!

Have you ever had Indian food?  Do you like it?  What other ethnic foods do you like?