This morning, we traveled from Manchester to London via the train, the Underground, and then a taxi.  We are now safe and sound in David’s flat (who is staying in our apartment in Orlando!).  Three cheers for an apartment swap – we are saving almost $700 in hotels!

Since we woke up late, I had a brunch instead of a breakfast during our train ride.  I grabbed another amazing baguette from a side shop – this one was brie, tomato, and basil.  Nom, nom, nom! 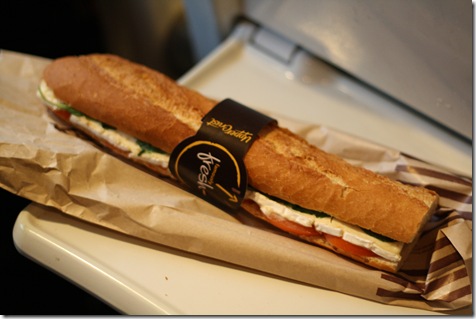 And I also snacked on crisps and drank a latte.  I never got around to the banana. 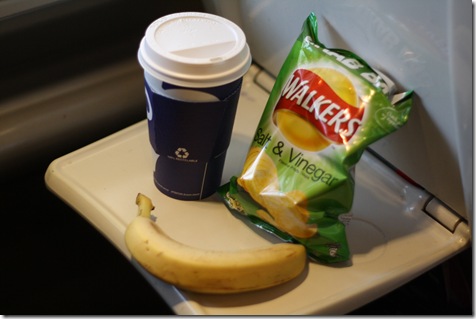 The train ride was uneventful, but I did finish Dan Brown’s The Last Symbol.  It was a good follow-up to The Da Vinci Code, and pretty much exactly what you would expect it to be.

Once we arrived at David’s flat, we settled in, did some laundry, and walked to a corner shop to stock up on groceries and (hopefully) save some money over the next few days. 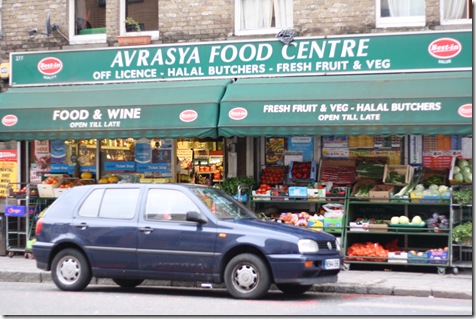 A bunch of fresh veggies, which we will use to make dinner tonight: 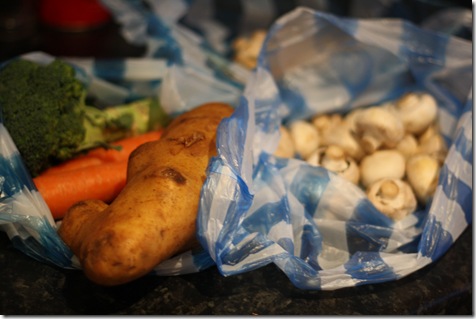 Lunch basics, like cheese, bread, and beans.  I also grabbed some bulgur. Not sure what I’ll do with that, though! 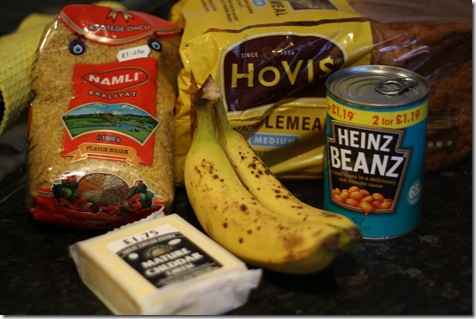 Breakfast basics, like my beloved Greek yogurt! I bought a brand of cereal that seemed closest to granola, which I have not seen once in England (probably just looking in the wrong aisle or something silly!). 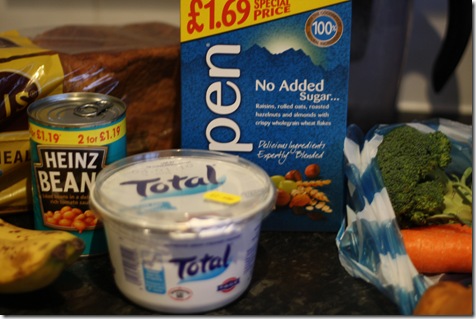 And last but not least, a HUGE thing of water and a bottle of champagne for tonight.  I also picked up a container of instant coffee, which is SO much better than the “blah” instant coffee in America. 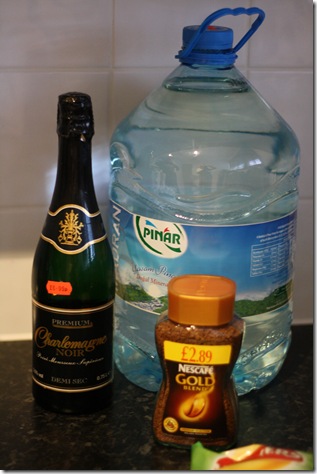 In short, every time I travel outside of America (I’ve been to Europe five times now), I’m reminded how big and convenient many things at home are.   We are definitely spoiled by how much space we have.  But bigger is not always better, of course – the way Europeans live is much more environmentally friendly!  Additionally, America is definitely lacking in other key areas – like public transport and quick, healthy food options!

What has traveling taught you?