Welcome to a new decade! 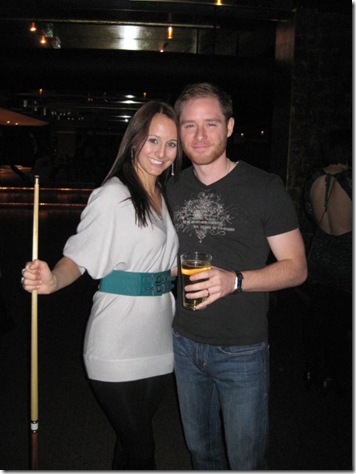 I had an absolute blast last night at an awesome underground club called Bloomsbury Lanes, which was an imitation 1950s American diner and bowling alley.  It felt funny to be at a club that was trying to be ‘American’ when I was in London!

Before we left, I made a wonderful, healthy dinner using the flat’s kitchen.  I think the Husband and I were both really excited to cook!  He hovered in the kitchen the entire time. 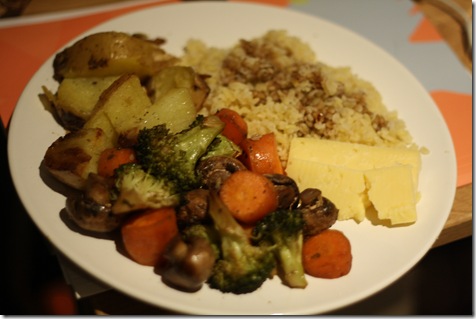 I LOVED the veggies!  They tasted so delicious and fresh.  This was my first time trying bulgur… it was basically pumped-up cous cous.  Yum! 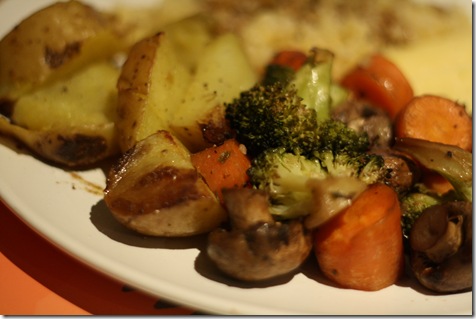 We got dressed and headed over to the Husband’s friend’s (Chris) flat, where we met Chris’ roommates. 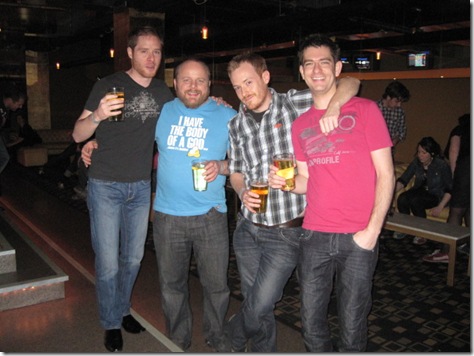 Bloomsbury Bowling was the most interesting, but laid-back club I’ve been in.

There was a fire-eater at the door to kept the people in line occupied…. 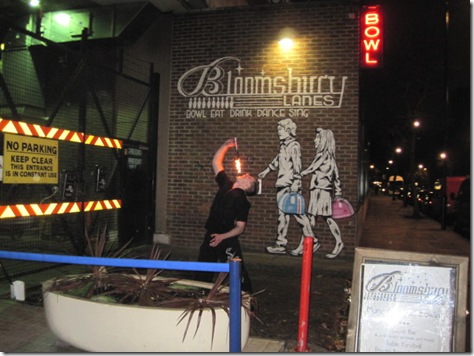 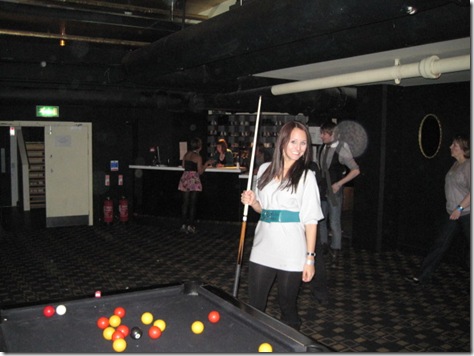 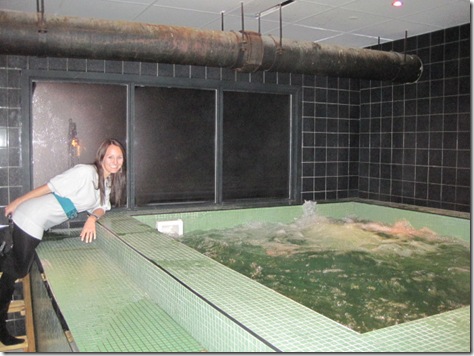 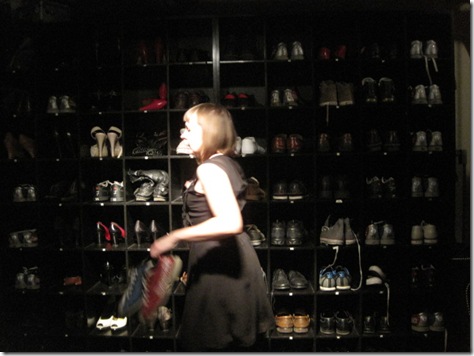 It was very crowded, but people were pretty relaxed and would just let strangers in on their teams to bowl a few times.  It was fun!  I bowled in my heels.  🙂 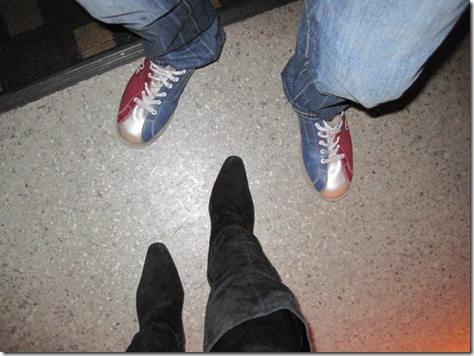 There was also a movie theatre, karaoke rooms, and a stand-up comedy room.  And there was dancing.  LOTS and LOTS of dancing!

I tried to keep the booze to a minimum… well, an appropriate minimum for a wild night out in London.  🙂 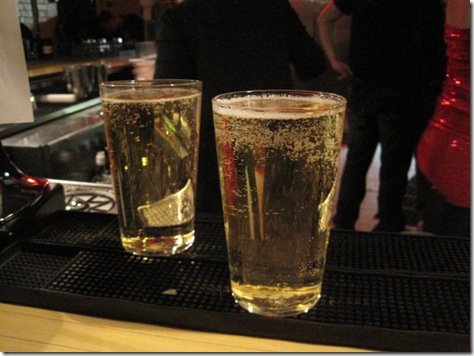 I remembered to switch to club soda for a few drinks around 11 PM, which I really appreciated this morning! 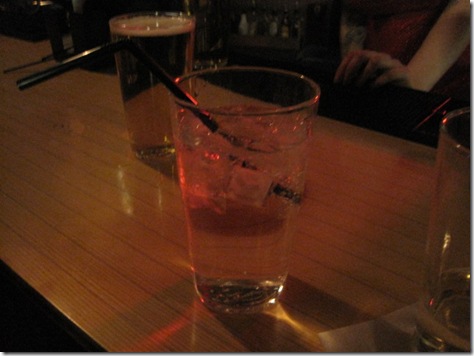 The Husband’s British friends almost took a piss when they saw me drinking water.  🙂  I can’t hang like I used to!

We left the club around 2 AM, walked around the streets of London for about an hour, finally hailed a cab, and made it back to our flat.  And guess what? Right as we came up to the door, IT STARTED TO SNOW!  It was magical!  I cried a little bit.  🙂  Snow is a big deal for a Florida girl! 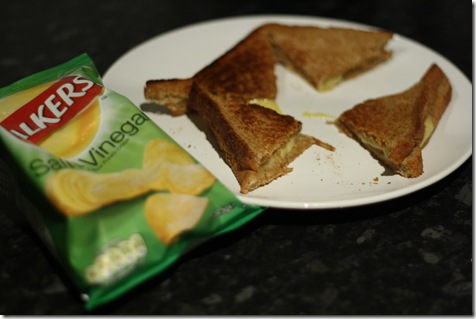 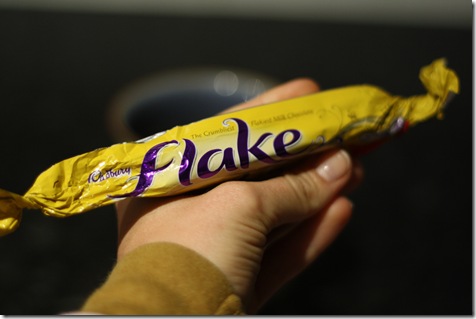 Then, I crashed… and hard!  I didn’t wake up until 12:30.  It felt SOOOO good to sleep, and now I feel as refreshed and revived as you’d expect after a wild night out on the town.  🙂 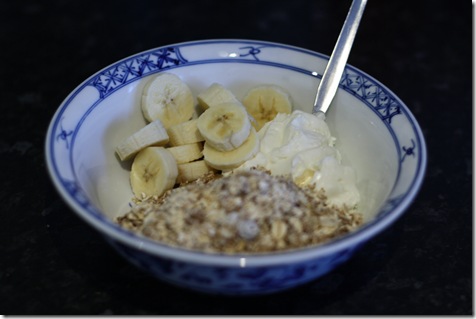 Cereal, a banana, and Greek yogurt.  Plus, a coffee!

My plans for today include going for a run, and then we’re meeting Chris up for a late lunch.

Are you a party girl (or guy) who likes to hit the night clubs?  Or do you prefer quiet local pubs?  Or just a nice night in?  I have to admit that I’ve become such a homebody, but I really do like a good local bar.  It’s still fun to go “out out” every now and then!