FYI – I’ve started a new page called “Puppies.”  It’s linked at the top of the blog under the header.  I’ll be updating it every few days with pictures of Maggie and James instead of overwhelming the normal posts with dog pictures.  🙂

So, as I mentioned last night, I am dealing with a very minor calf injury. It feels like the back of my calf and my Achilles tendon is very, very tight, and it hurts when I push off the ground while running.

What I have learned from 3+ years of running and injuries (I am the injury queen)?  If something hurts, STOP RUNNING immediately.  Truly, the worst thing you can do is run through the pain.  That,  my friends, is how I damaged my knees so badly that I had to take two months off during April – June.  Listen to your body!  The short-term losses of taking a week off is far, far less than the long-term consequences of pushing through an injury.

My situation is complicated by the fact that I have not one race, but TWO races scheduled for this weekend.  I have a Half Marathon on Saturday and a 10K on Sunday.  I’m going to play it by ear and see if I’m up for the races this weekend.  My injury is very minor, and hopefully, 5 days off will heal me.   :)  Keep your fingers crossed!

Until then, my game plan is:

So, instead of a run, I had a nice 45-minute yoga session in my living room: 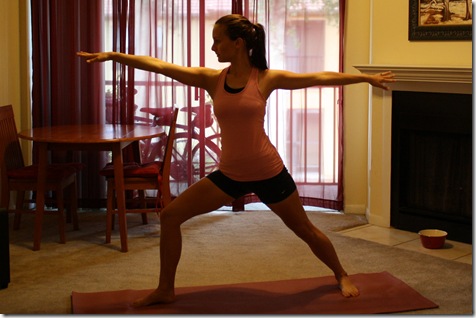 Before I yoga-ed, I took a heating pad to my calf to loosen up my muscle and tendon: 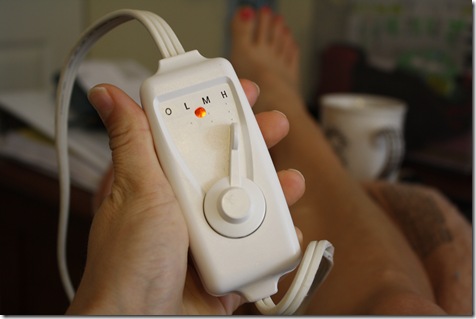 I flip-flopped between two On Demand yoga television shows, but I finally decided my own approach would be better and started to do vinyasa myself up into a hot, sweaty mess.

Instead of light hippie music, I jammed to British house music the entire time:

The Husband loves Hed Kandi.  It’s very different than most stuff at clubs in America, but it’s great running and workout music!

Lunch was just what I was craving: 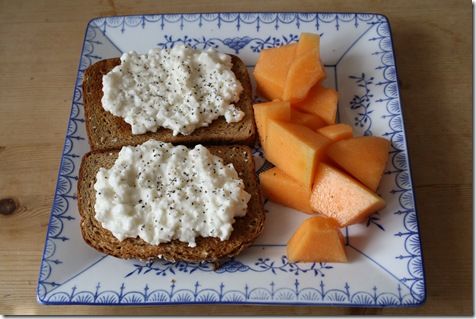 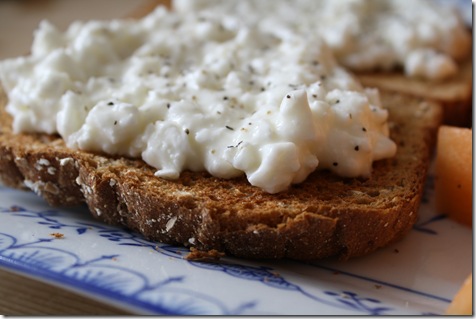 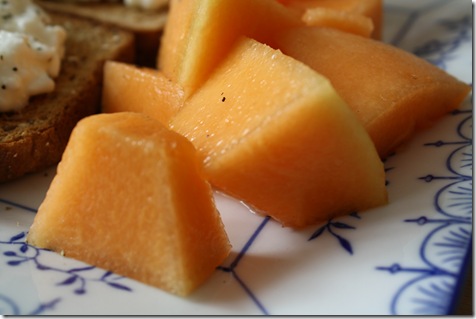 A little light, but I’m sure I’ll be snacking on something soon enough.  🙂

Off to work I go!

Previous post: The Holistic Doctor Is In! Product Giveaway