It’s been an active morning over here! 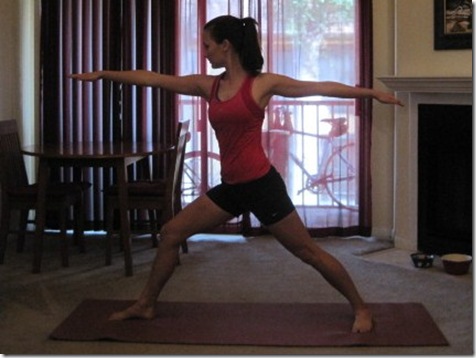 I’ve found that I’m struggling with writing the book early in the morning, so I decided to swap my afternoon workout for a morning one.  The bright side is that my yoga session + run is done; the downside is that I’ll be writing until 9 PM.  🙂

I did Yoga Sculpt on Exercise TV, which is rapidly becoming my favorite yoga workout DVD because 1) it actually makes me sweat and 2) there’s a dancing warrior series (Warrior I and II are my favorite poses).  I’m working so hard on improving my warrior stance!

After Yoga Sculpt, I did 6 minutes of abdominal work per the Whittle My Middle Challenge, which is seriously killing me.  That is a LONG time to do ab work!

And then I ran 6.0 miles.  Whew!  Told you it was an active morning.  Here are my statistics:

I was thinking on my run today about taking walking breaks – I think it’s important for you all to know that I WALK!  (I typically let my watch keep rolling).  I learned to run from the Galloway Method, which is when you run for one minute, walk for two, and repeat, gradually reducing your walking time as the weeks go by.

I still take walking breaks (I took 3 during today’s run) when I need to rest or just feel too hot (it’s still 80+ degrees here).  With an average pace of 9:30, it’s obvious to me that taking walking breaks doesn’t destroy my mileage splits.  In fact, I bet I can run longer and faster on average when I do take breaks instead of just sloooowly jogging the whole thing.

Before yoga, I had a bowl of banana oatmeal: 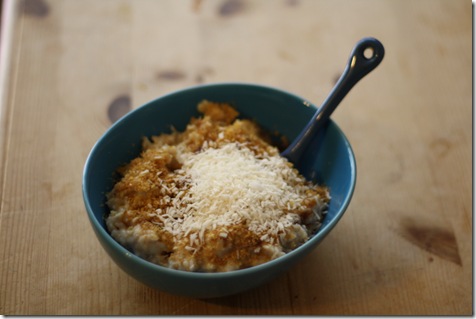 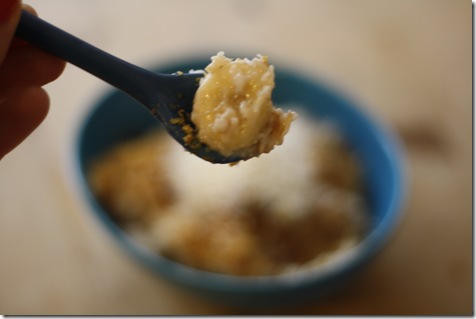 And for lunch, I had spaghetti with Alfredo sauce, spinach, and veggie meatballs.  I also had a glass of POM Wonderful + sparkling water: 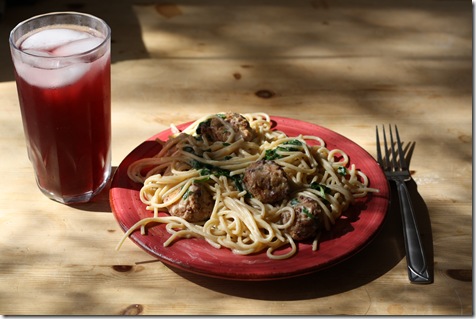 This was easily two servings of pasta, but I was SO HUNGRY! 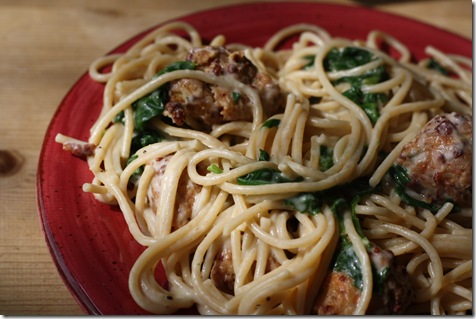 In other news…. Ali from Food, Fitness, Fashion has a dachshund named Oscar.  He sent Maggie a get well soon card because she sprained her leg.  🙂 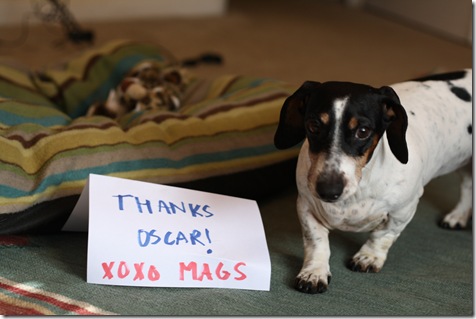 Do you take walking breaks when you run?  Have you tried the Galloway Method?  I try not to walk on “shorter” runs (like 4.0 miles and under), but I definitely see the validity in taking breathers on longer ones.

Previous post: Now the Husband Won’t Starve While I Write