Meghann taught me a really great trick a few months back — when I go out for Thai food, I’m always sure to bring back the broth/leftover veggies to transform into a new meal. 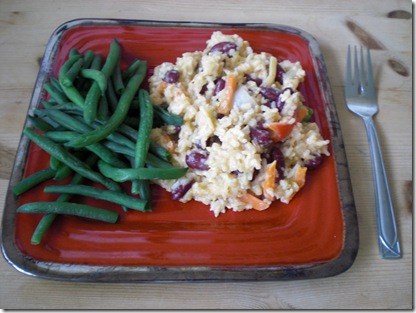 I mixed about 1/2 cup organic brown rice and 1/2 cup kidney beans to my leftovers (approximately 1/4 cup of white rice, some random veggies, and tons of spicy Pa-naag sace). 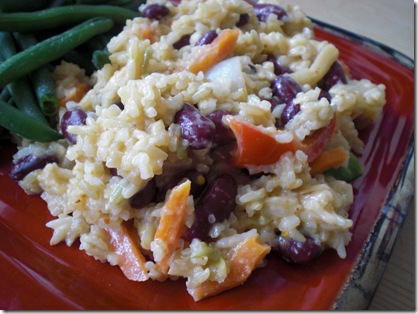 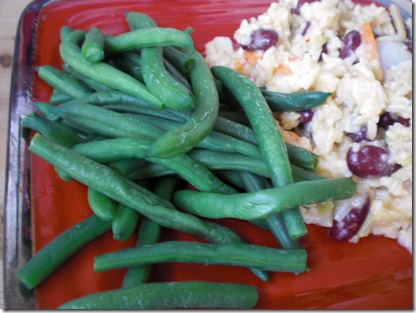 Dessert was a few dates. 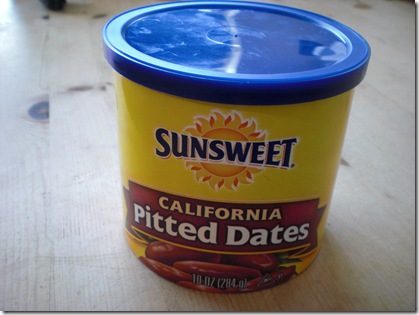 My dad is digging through old photos and scanned this one for me: 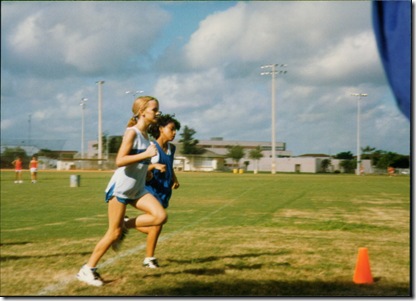 Ah, my short-lived stint as a cross-country runner in middle school.  I was 12 years old in that picture and remember just HATING to run 3.0 miles.  I thought those "long runs" lasted forever and the other girls were a lot faster than me.  I only did it for one season (and then I became a lazy teenager).

I also hit puberty that year and it was just terrible — I went from being the little girl in that picture to being rather… womanly… in just a few months.  :)  I seriously could’ve won a Guinness Book of World Records title for fastest puberty growth spurt ever.  It was like being in a stranger’s body! I don’t think I really knew how to deal with it!  But what pre-teen does?

Middle school was such an awkward time, wasn’t it?  I don’t think you could pay me to go back!

Update:  My Dad just emailed me this photo with the subject line "Puberty Hits."  Holy eyebrows! 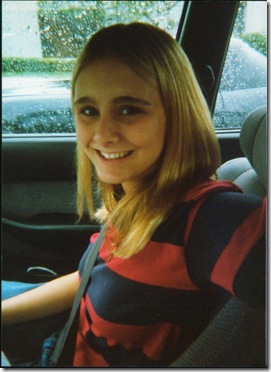 I just died laughing at myself.