The Mystery of the Disappearing Bicyclists

In case you didn’t know, when I’m not moonlighting as a blogger, as I work as an urban planner full-time.  One major aspect of urban planning is non-vehicular circulation, which is a fancy way of saying pedestrian paths and multi-use trails.

Most cities plan for two general types of bicycle pathways.  The first type is a Bike Trail, which may be hard-surface (like concrete or asphalt) or soft-surface (like packed dirt).  These Bike Trails are set away from the road and typically feature amenities like trailheads, informational kiosks, mile markers, and the like. 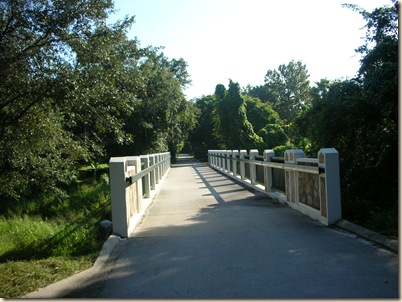 The second type of bike path is a Bike Lane.  Bike Lanes are a paved shoulder on the road that is marked off so cars do not enter it and bicyclists can safety ride.

I have been really frustrated with the biking opportunities around my house because there are NO Bike Trails within riding distance.  Orlando has a very poorly planned trail system (in my professional opinion).   So, I have to rely on Bike Lanes.

The last few times I went riding, I used a Bike Lane near my house.  The great thing about this Bike Lane is that it winds down a basically unused stretch of roadway, but the trouble with it is that it dead-ends at a toll-booth, which I assumed led to a highway.

On my last ride, I noticed that bicyclists were magically appearing on the road, but coming from the direction of the tollbooth.  They couldn’t be on the highway, right?  So I looked on Google Earth to try and find a continuation of the Bike Lane or the sidewalk that hiding near the tollbooth, but it wasn’t there.

Next, I tried googling "Orlando Bike Lanes" and found this wonderful site, which had maps of all the Bike Lanes in the city. 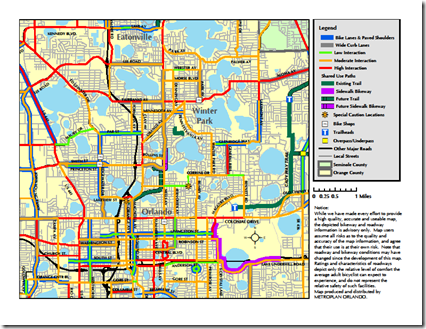 AH HA!! I discovered that the Bike Lane did, in fact, goes through the toll booth, travels on a small stretch of the highway, and pops out on the other side.  So that’s where the disappearing bicyclists were headed!  According to the map, this Bike Lane is about 9.0 miles in total length from my house – YAY!

So, if you’re looking to find good bike pathway near you house, google both "Bike Trails" and "Bike Lanes," and I’m sure you’ll find a nice path in no time!

Per the Metric Century/Triathlon Training Plan, I biked about 11.0 miles.  I was scheduled to do 12.0, but I did 2.0 miles further than required yesterday and my bum needed a break! :)

My afternoon snacks included a big bowl of cereal: 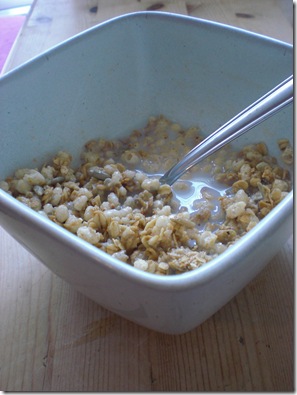 A date with some PB: 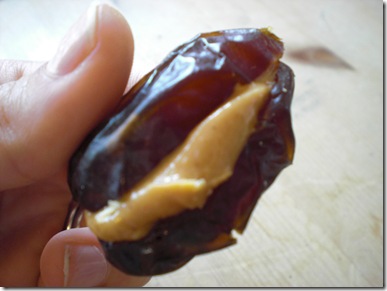 And a Green Monster with a side of dachshund: 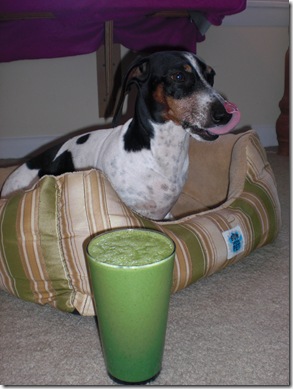 Dinner was simple but delish. 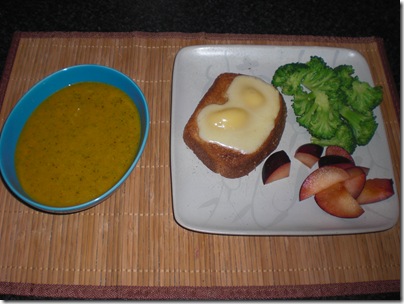 I had (from left to right) a serving of Coconut Carrot Soup, a slice of toast with melted cheese, steamed broc, and a plum.

Off to watch LOST.  Have a great night!