I am SO excited because Meghann and I decided spur-of-the-moment to meet up tonight for a bike ride!  I haven’t gotten on the bike in… MONTHS… so I’m looking forward to a change of pace.

This morning, I snacked on a handful of almonds + pecans. 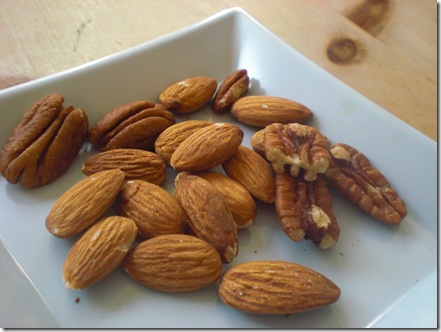 And I split up my lunch into two parts because I was really hungry at 11:00 AM.

I started with a salad + celery + sun dried tomatoes + cucumber. About 45 minutes later, I had a lovely egg-centric entree. 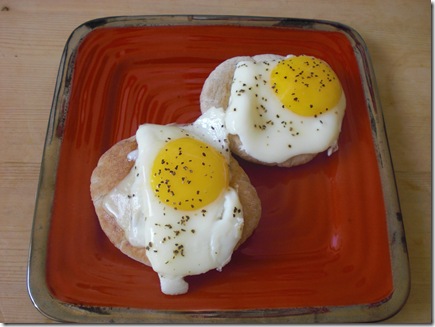 I topped two WW mini pitas with melted cheddar cheese and slid two sunny side up eggs on top. 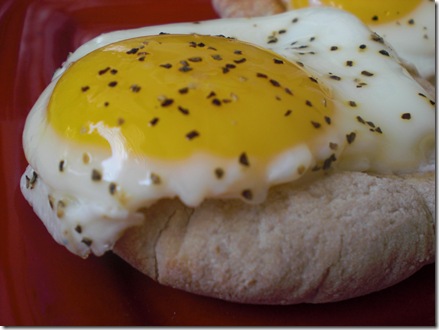 The runnier, the better!

And for dessert… 3 Girl Scout cookies.  Honestly, you will probably see these every day until the Husband and I crush the box. 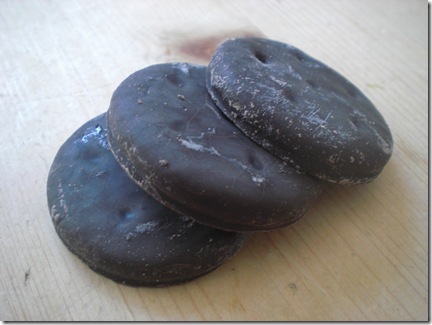 I read this great article in the New York Times this morning about women and running.  Until as recently as the 1970s, women were discouraged from competitive sports in general and running in particular.

Did you know that although the Boston Marathon has been around since 1897, women were not allowed to officially participate until 1972?

Roberta Gibb is recognized as the first woman to run the entire Boston Marathon (in 1966).  She hid behind a bush at the start of the Boston Marathon, sneaking into the field and finishing the race in an unofficial time of 3:21:25.

Gibb had been inspired to run by the return of her race entry with a note saying that women were not physically capable of running a marathon.  "I hadn’t intended to make a feminist statement," said Gibb. "I was running against the distance [not the men] and I was measuring myself with my own potential."

In 1967, Kathrine Switzer, who had registered as "K. V. Switzer", was the first woman to run with a race number.  However, a race official named Jock Semple actually tried to rip off her numbers and eject her from the race.  She finished the race regardless!

Next time you run, dedicate it to these amazing women!

Next post: Pink and Blue…. and Challenge Announcement, Part 1