Good morning! I was reading over your comments from last night and I said to Future Husband, "Gee, it’s so funny how many other grown women are going to go to the Britney Spears concert."  And he pauses and says (in a cute British accent), "Oh. You call yourself a grown woman?"

Breakfast was a yummy whole wheat english muffin, egg, and cheese sammie with a little TWIST. 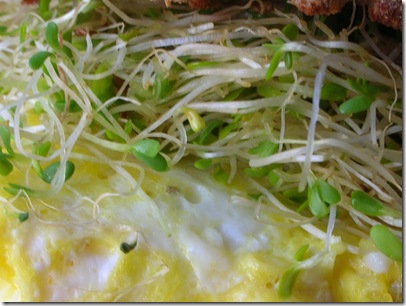 Yay – more sprouts!  I just bought a box of sprouts, so you’ll be seeing a lot of these suckers over the next few days. 🙂 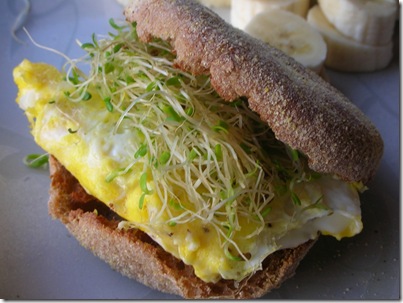 The savory egg + cheese went so well with the crisp sprouts! Yum!

On the side, I had a sliced banana. 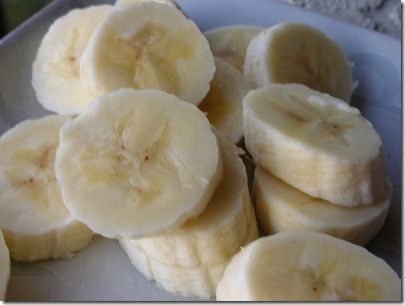 It was a fun (although a little light) brekkie. 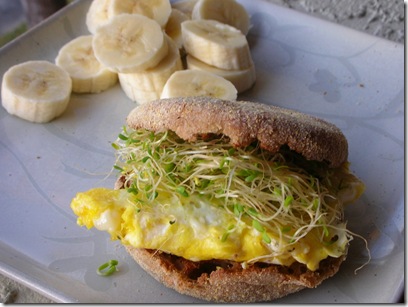 So, you probably haven’t noticed this…. but I never, never do ab work.  Ever.  I really DETEST sit ups, crunches, planks, the Captain’s Chair…. you name it, I’ve tried it and HATE it.

I’ve tried to figure out why I am so repulsed by sit-ups (after all, I’ll bang out 10 push ups while watching TV and I always do arm work at the gym). I think it’s a combination of boredom with crunches, and the fact that I feel like I don’t *need* to do sit-ups.

By that, I mean that since I’ve lost weight and started to run, I developed a sleek, but slightly rounded, tummy that I’m satisfied with.  When we first started to date (when I was 10 lbs. heavier), I remember Future Husband once told me I had the "womanly" stomach of a "Greek goddess." Basically, now I have a slimmed-down version! I’m not rocking a six-pack, but it’s not horrible, either! :)

I like myself the way I am, and combined with the fact that I’m insanely lazy about ab work, I end up never doing a single crunch.

BUT, since it’s the end of the year, I thought I’d throw in ONE MORE personal challenge for myself. Strong abs make you a better runner, after all!

The December Challenge – Making Abs FUN! consists of doing a different type of ab work every other day (not intensely) until the wedding.  The wedding is in 31 days, so that’s around 15 different types of ab work!  I’ll take a picture AND provide instructions.  Sometime it will be basic stuff (like today), but hopefully it will get a little more interesting!

Attempt #1 to take a picture: 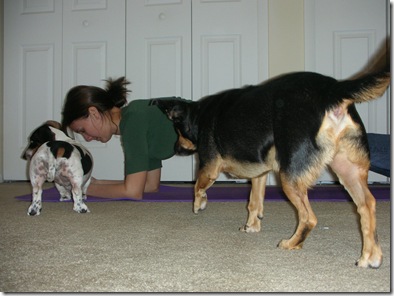 Attempt #2 to take a picture…. 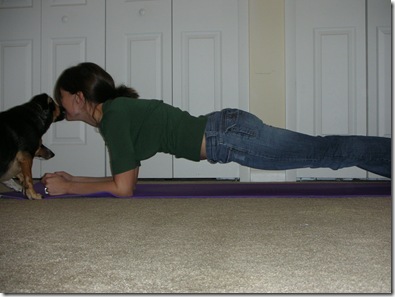 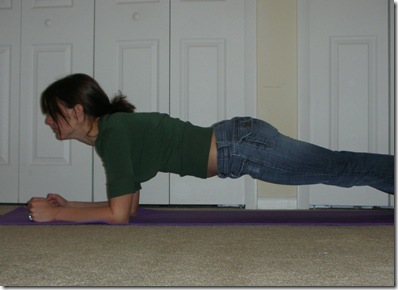 Here’s how to do a plank correctly:

What area of fitness would you like to improve in the most, and why?