Another Day, Another Dollar

Good afternoon! I hope everyone is having a productive Monday.  I’m never particularly cheerful on Mondays, but at least today seems to be going by quickly!

Around 9:30, I tried one of the new JamFrakas bars, which is basically Larabar’s answer to my beloved Clif bars (i.e., they are both for kids). 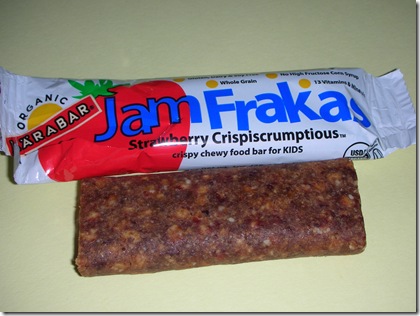 My opinion? BLETCH! First off all, I realize these for for kiddies, but they are only 90 calories and taste…. strange? unnatural? too sweet? They taste OFF in general.  I’ve got four more flavors to try, so hopefully, I’ll like one. 🙂

For lunch, I had leftover Thai food, which I bulked up with some extra broc. 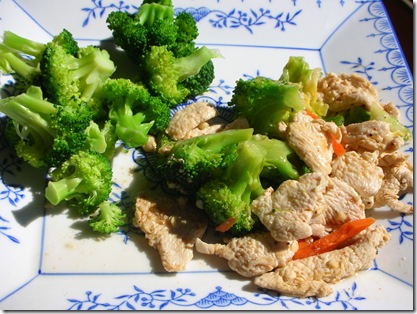 The chicken was cooked in this delightfully spicy garlic and pepper sauce.  I’d love to know how they make it!  I always get my Thai food "Thai spicy," which isn’t even on the "American" scale of  1 – 10.  This dish burned my sinuses wide open! Yum! 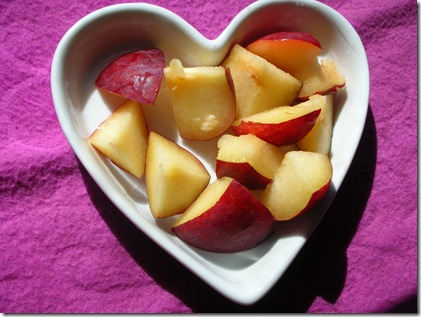 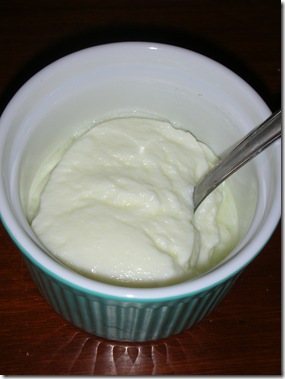 Death of the Bake Sale

I saw an interesting article on New York Times this morning about new legislation regarding the nutritional value of food served in public schools.

"The old-fashioned school bake sale, once as American as apple pie, is fast becoming obsolete in California, a result of strict new state nutrition standards for public schools that regulate the types of food that can be sold to students. The guidelines were passed by lawmakers in 2005 and took effect in July 2007. They require that snacks sold during the school day contain no more than 35 percent sugar by weight and derive no more than 35 percent of their calories from fat and no more than 10 percent of their calories from saturated fat."

Students have resorted to selling balloon grams or doing car washes to raise money, as they are no longer to sell baked goods during school hours.

What do you think about the new legislation prohibiting unhealthy food in public schools?  I think it’s generally a great idea, but there are intended consequences (like the death of bake sales).  Plus, I find the across-the-board cut of unhealthy foods too strict — it’s not exactly teaching our children to MAKE healthy choices (they are just forced to because there are no other options) and it doesn’t teach them that treats in moderation is OK.