Work is… you know… work. Luckily, I had some good eats to help me through the morning: 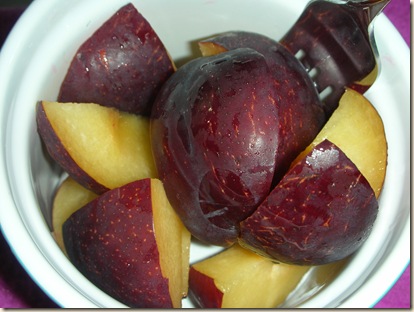 But by 10:30, my stomach was begging for more food, so I had three slices of chicken deli meat to hold me over.  When I was losing weight, I would snack on deli meat all the time — it’s such a yummy, fast protein fix.  Watch that sodium content, though! 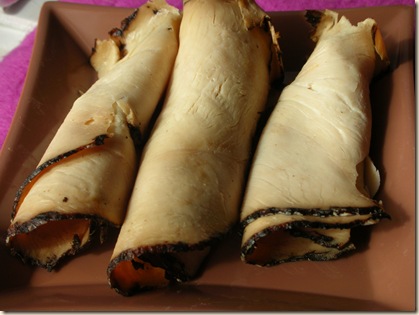 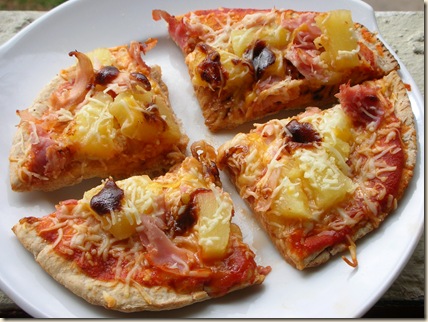 The combination of sweet ham deli meat, pineapple, and Anne’s Organic BBQ sauce just can’t be beat!  This mini pizza includes a WW pita as the base, a drizzle of pasta sauce and 1/2 cup of Italian shredded cheese as well. 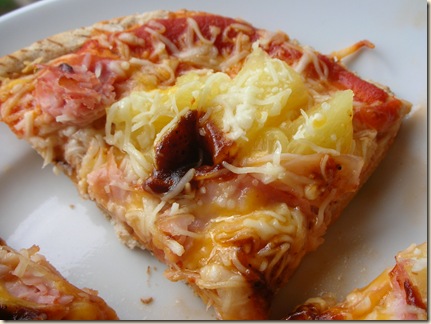 It was a divine combination.  The ham started to crisp a little after being in the oven for 10 minutes, making this pizza a little sweet, a little tangy, a little chewy, a little crunchy…. PERFECT! 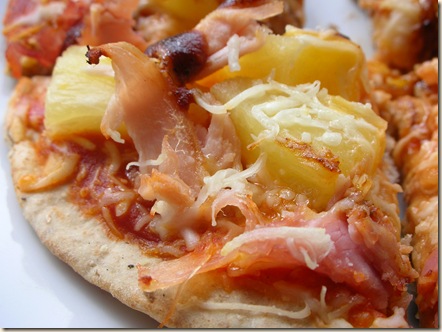 And I made a small spinach salad with tomato, cucumber, and raw broc, but I haven’t eaten it yet.  The salad is currently waiting on my desk so I can pick at the veggies while I attempt to get a major document off to print. 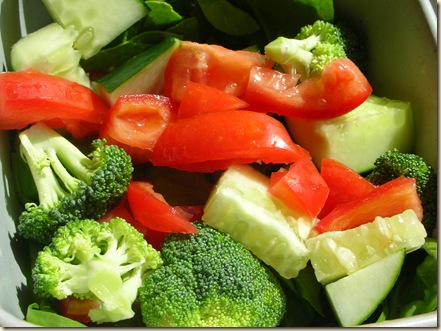 Back to the grind! See you later… hopefully my knees will allow me to exercise tonight! 🙂