Mind and Body After Baby – Month 2

on August 8, 2012
in Henry, Mind and Body After Baby, Mommy Struggles, Pregnancy

The other day, I tried to wrap my hands around Henry’s torso and discovered that my fingertips no longer touched.  He is getting so big and packin’ on the ounces like it’s his job! 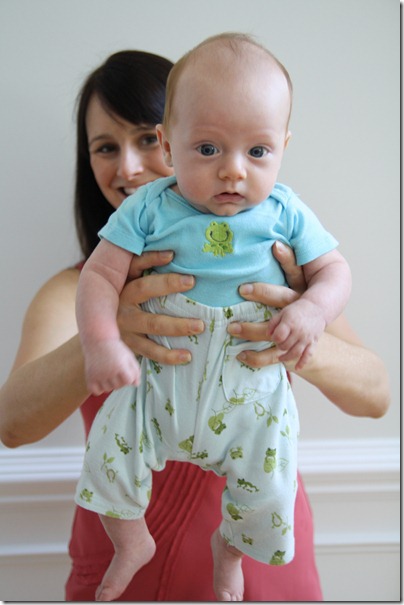 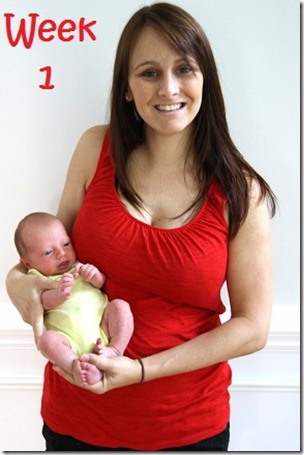 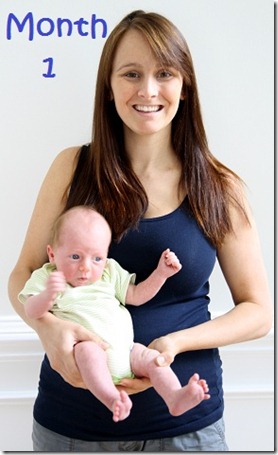 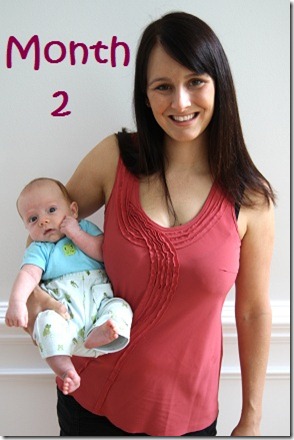 The biggest emotional change is that parenting now seems to be part of my normal life… and I really, really like it.  A few family members have asked me what I think of being a mommy, and my response is always that is way better than I thought it would be.  As I’ve written numerous times, I wasn’t really too much of a ‘kid person’ prior to coaching Girls on the Run, and I was even less of a ‘baby person.’  Honestly, I secretly thought babies were pretty boring.  But I guess that only applies to other people’s babies because my baby seems like so much fun!  Henry and I spend hours just hangin’ out and playing, and it is always the best part of my day.

I have noticed that my mood is intensely influenced by how much sleep I get.  You really cannot underestimate the power of sleep deprivation.  The nights that Henry has more than two feedings are hellish, and I am so crabby and irritable the next day.  If he only feeds twice, I usually feel pretty normal in the morning.  More often than not, I don’t feel tired at all, which is something that I never expected I would say!  Moms (and dads) really do have superpowers when it comes to functioning on less-than-ideal sleep.

Another surprisingly realization:  I am way less uptight about Henry than anticipated.  I don’t worry about him to excess (although I do still wake up in the middle of the night and make sure he is breathing); I trust other people besides the Husband to hold and care for him; and I generally feel very relaxed about parenting.  Given my personality type, I didn’t think it would go down like this at all.  I’m not sure why I feel so laidback, but it is very nice, and I hope the feeling lasts.  Maybe it’s because Henry is such an easy baby. 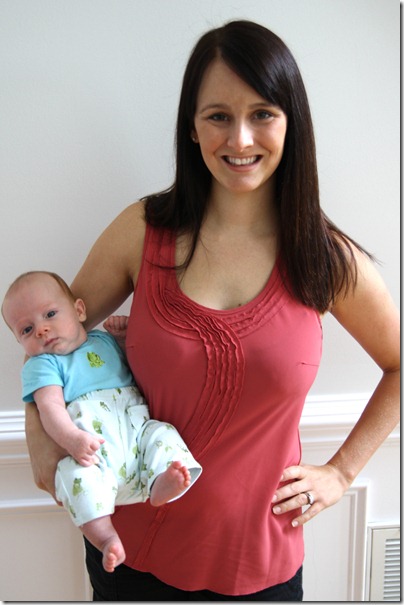 Last month, I wrote about how my body isn’t bouncing back quite as fast as I hoped it would, and that general sentiment still stands.  Now, I want to clear something up because a few people have remarked that they think I’m being hard on myself about the baby weight.  I’m not being hard on myself at all; I’m sorry if my writing came off like that.

I’ve noticed that the ‘healthy living’ blog community seems to shy away from talking about weight loss.  I sometimes struggle to write about weight loss, too, because I do believe in focusing on health over weight and that how you feel about yourself is vastly more important than how you look.  And in this blog genre, it’s almost as if writing about wanting to lose weight means you hate your body, have low self-esteem, or are going to use gimmicky diet tricks to achieve your goal.  But, quite frankly, this correlation isn’t true.  There’s really nothing wrong with wanting to lose weight that you’ve gained in a healthy way.  It doesn’t mean you hate your current shape or are skipping meals.  It doesn’t mean you think you’re currently unhealthy or undesirable or that there is something wrong with you.

I’m not going to sit here and say that I don’t want to lose this baby weight.  I would love to lose this baby weight!  But at the same time, that doesn’t mean that I’m unhappy with my body.  Actually, in many ways, I’m thrilled with my current body.  It’s been eight weeks since the birth of Henry and I’ve already been back to running, swimming, and cycling for a month (with the blessing of my doctor).  I plan to do a triathlon at the end of August.  I feel great while exercising and working out energizes me.  And I feel like exercising is in balance with all areas of my life.  In terms of post-partum fitness, that’s everything that I hoped for while I was pregnant!

This month, I began to really clean up my diet.  I don’t believe in ‘dieting’ and would never cut calories while breastfeeding (major no-no if you want to maintain supply), but I’ve been more mindful of what I put in my mouth and why.  I was struggling with eating far too much sugar, especially when I was sleepy, but I’ve pretty much put a stop to that.  Basically, I trying to eat a balanced diet while packing in as many nutrients as I can.  It’s been very helpful to keep easy-to-eat healthy convenience foods in the fridge, like boiled eggs and Anne P’s Peanut Butter Bars.  And I’ve stopped buying foods that I tend to overdo it on – no more chips and pints of ice cream in my grocery cart.  If I want a treat, I can take the time to bake something or have dessert when we dine out.

Most importantly, eating well has kept my energy up and allowed me to be a better momma.  And sloooowly but surely, I’m starting to see improvement on the scale.  I am only weighing myself once a month, and I was so proud to step on the scale at the gym on Sunday and discover that I’ve lost another three pounds compared to Month 1.  This means I’ve only got eleven or so pounds to go to my pre-baby weight, although I don’t really expect to reach my pre-baby weight while nursing.  For a new momma, I feel pretty hot.

I’m very excited to write the Month 3 body update because the next few weeks will be focused on triathlon training!  I am doing a sprint triathlon in three weeks and cannot wait to ‘race’ again.  I’m focused more on finishing than my time and am really looking forward to the experience.

To conclude this post, here is a cute but short video of Henry.  He really likes it when I ask him if he’s a crazy baby.

My little cutie is growing up so fast!  I’m so glad he’s in my life.