There were quite a few funny costumes at Megan’s party – they are all deserving of an award!  There are two winners for the Most Difficult to Walk Through a Door award – my friend Joe (on the left): 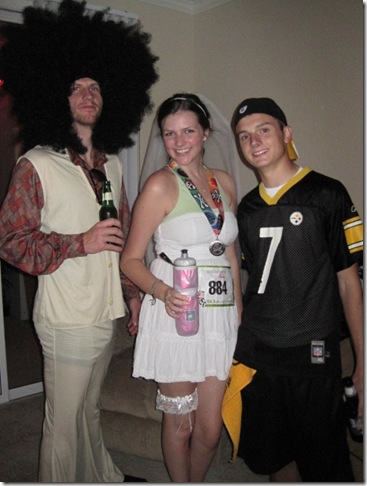 And my friend Harry (on the right): 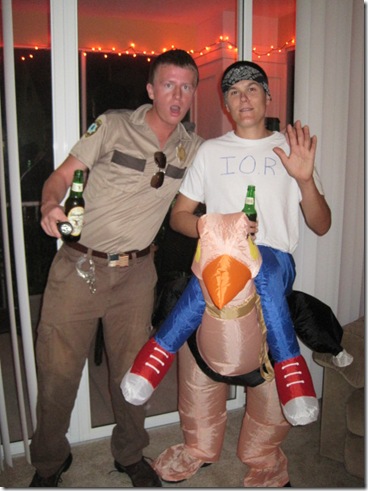 The Lamest Costumes of the Night award is also a tie between me and the Husband.  We were a sports team: 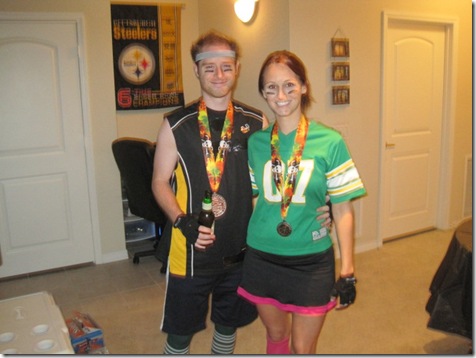 (Jillian and Bob fell through, as did Jim and Pam).  I did, however, get to walk around in sneakers and Recovery Socks, so it wasn’t all bad.

Most Romantic Couple goes to Meghann and Derek, AKA Cinderella and Prince Charming: 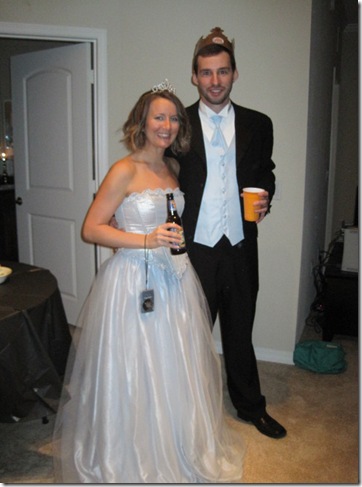 Most Hysterical Couple goes to Megan and Jason, AKA Little Bo Peep and her Sheep: 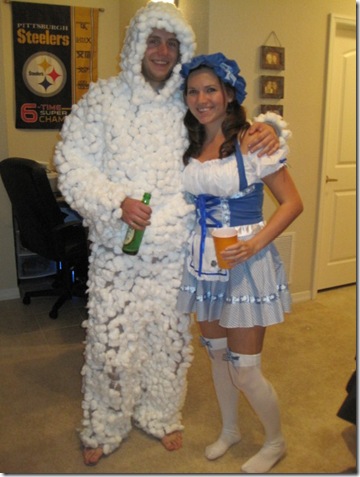 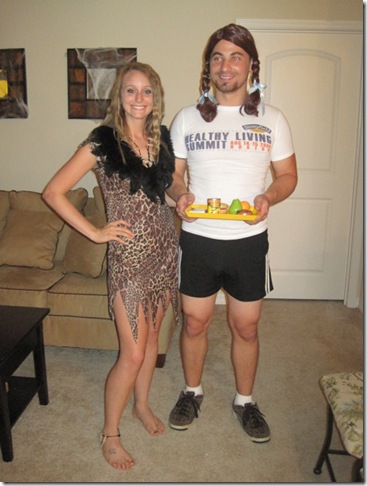 Not only did “Toni” wear running shorts and pigtails, but he carried around a tiny tray of food and took pictures of it.  He also asked me to put him on my blogroll multiple times. 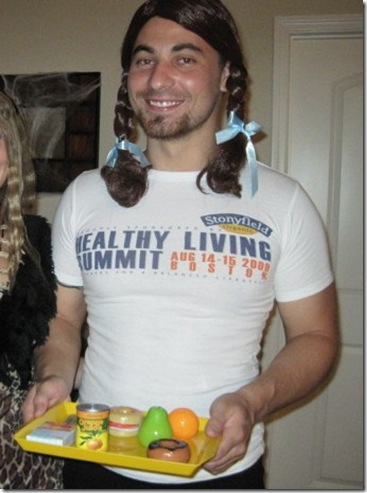 And he rocked a Healthy Living Summit shirt: 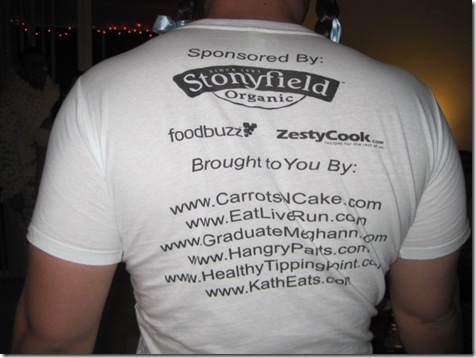 ‘Twas a fun party.  I wasn’t really in food blogger mood and didn’t document food/drink, but I ate a bowl of cereal and yogurt before we left for the party and chips and salsa, a cupcake, and Jello shots while we were there.  I also had a few beers. 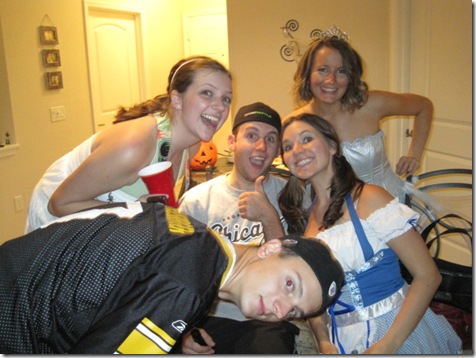 Now, I’m awake and back on the Back on Track Month bandwagon.  When I declared Back on Track Month, I acknowledged that I’d be letting loose for some “special occasions,” namely Halloween and Nick’s 21st Birthday.  So, back to clean living, healthy living, and sound sleep.  🙂

Goals of the Day:

Speaking of grocery shopping, my breakfast thus far has consisted of an Oh She Glows bar: 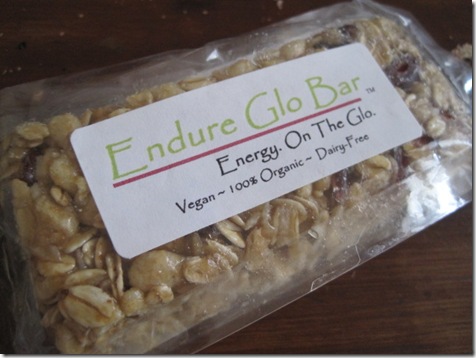 Because we seriously do not have a single piece of fruit in the house.  Must go shopping ASAP!