On the day after Christmas 2010, we all voted to go see a movie and were torn between Black Swam (BS) and Harry Potter.  I have been dying to see BS for weeks, but I knew it wasn’t really family material, especially since I had read the director also did Requiem for a Dream.   But everyone rallied around BS, and my Husband, brother-in-law, sister-in-law, mother-in-law, and father-in-law went to see the movie that everyone’s been talking about. 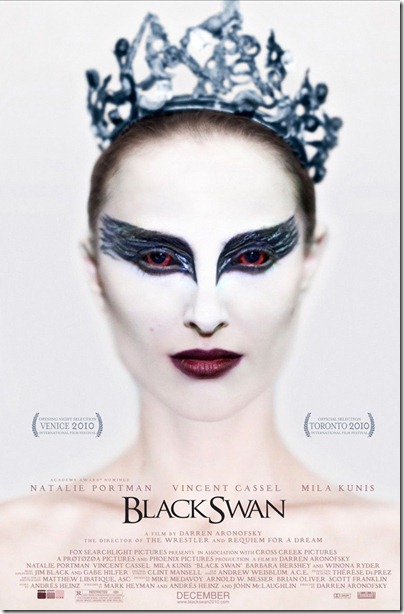 Also, this was notable because BS was being shown at Epic Theaters.  Yes.  YES. 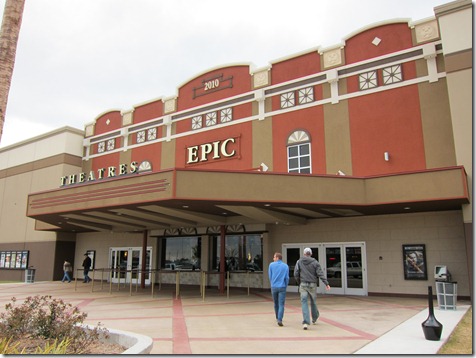 I am not a movie critic, but I wanted to give BS a more thorough review because so many people asked for more details after my original BS post (which simply read, “This is not a movie you should watch with your in-laws.  It was good though, and Natalie Portman was amazing.  But… it was awkward.”).  And you know what?  BS deserves a real review! The movie was awesome.  But I don’t want to spoil it for anyone, so only read this if you’ve seen it, too!

In my opinion, BS was about a repressed, emotionally immature ballerina (Nina) who has a psychotic breakdown (schizophrenia?) when she earns the honor of dancing the Swan Queen.  The Swan Queen requires you dance two roles with different personalities:  the White Swan (WS) and the BS.  NIna is already great at dancing the White Swan because this role perfectly represents her… Nina is, in fact, the WS.   The WS is a metaphor for Nina’s pure innocence pre-breakdown.

Half of the movie is real, and half of the movie is what Nina sees and experiences as she has the breakdown.  During the breakdown, Nina symbolically becomes the BS (the wings, the marks, the weird skin condition) because she is indulging her “dark side.”  The dark side for Nina is characterized by sex (which is why there is so much sex in the movie).  Sex drags Nina closer to becoming the BS as she has her breakdown.

Parts I think were real (SPOILERRRRRRRRRRRRS):

Now, I’m not sure what happened at the end.  My gut is that she didn’t really stab herself or die; it was all symbolic as part of the total breakdown.  People were freaking out around her because she was comatose, not because she was bleeding out.

And I’m only going to address the following two parts because I know people want to know my opinion of the following:

What did YOU think of the movie??  What happened at the end?   What was real and what was fake?  Head over to this post to leave your comments – for some reason I cannot get comments to show up on this special/hidden page.  So sorry!