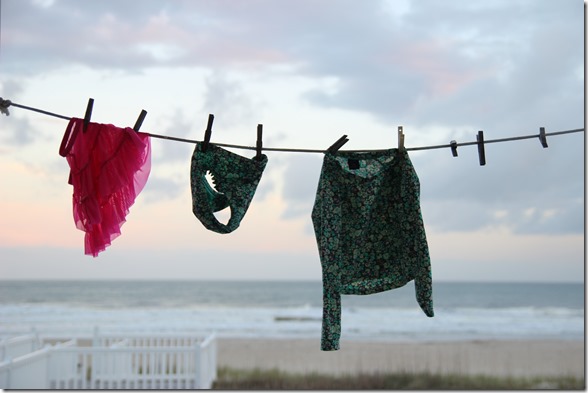 This weekend we escaped to Ocean Isle Beach.  I’ve never been to that part of the North Carolina shore before and was super excited for three days in the sun and sand.  I was doubly excited because we were going with a huge group of friends – a grand total of 10 adults and 11 children! 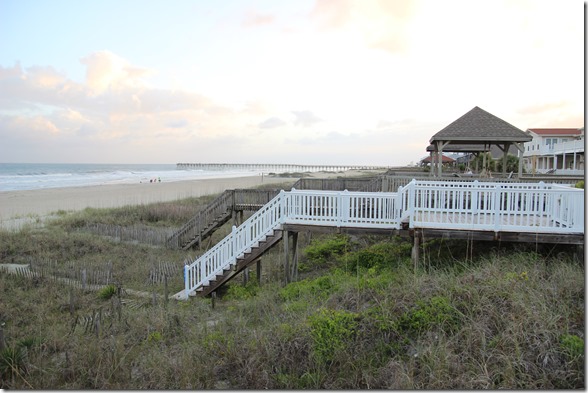 We rented two sides of a huge duplex for a grand total of 14 bedrooms – we had room to spare!  And that was good because, as I’m sure you can imagine, it was total chaos with so many kids.  Amazingly, everyone got along really well, and I think we all slept more than we anticipated. 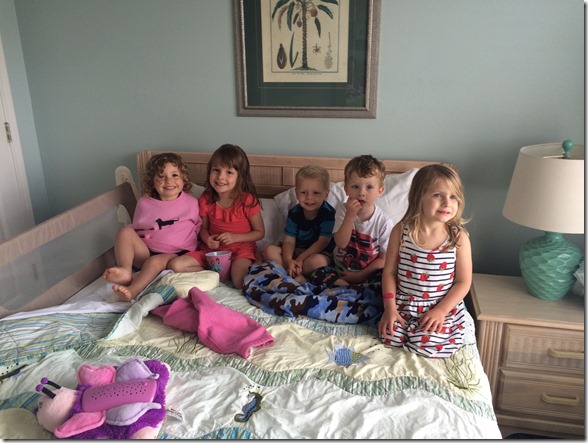 Even the littlest friends enjoyed themselves! 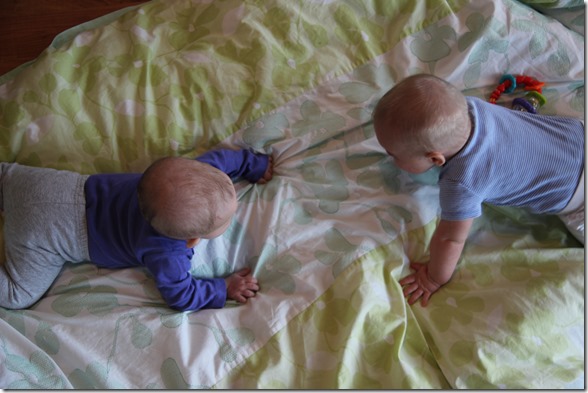 On Friday evening, we settled into the beach house and celebrated the Husband’s birthday.  Happy Birthday, Kristien! 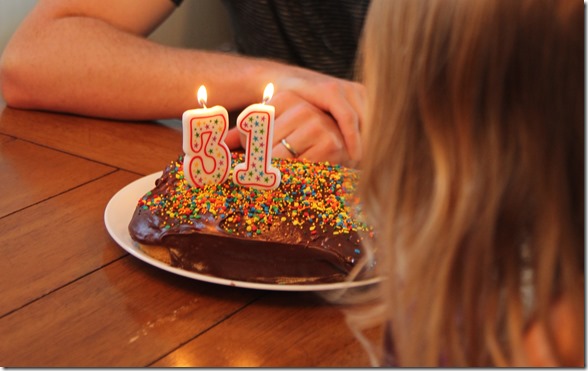 Saturday was spent trying to maximize time outside.  Tropical Storm Ana was barreling directly towards Ocean Isle, and although we didn’t know how bad it would get, we knew from the forecast that Saturday was probably going to be our only day for beach time.  We managed to get out a few times – even though each excursion ended in us getting caught in an epic downpour! 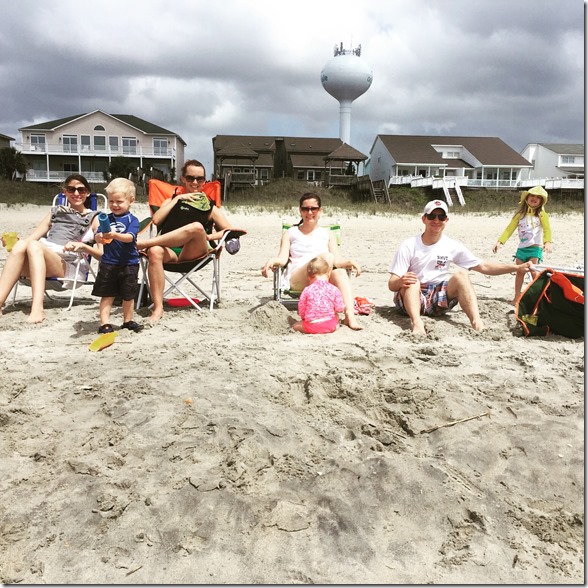 When the kids got tired of the beach, a few of us went to a nearby playground.  Claire had her first swinging experience and she totally loved it! 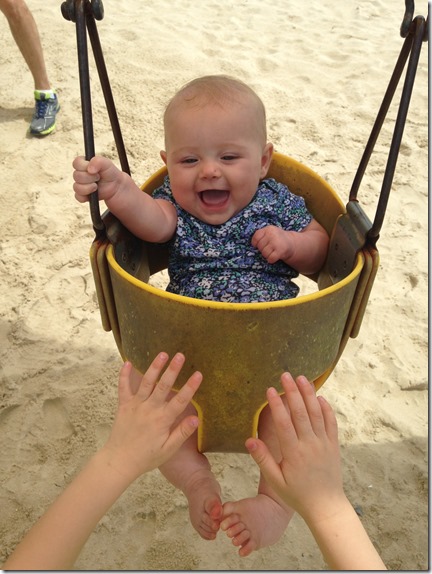 Our evenings were filled with adult time.  We kept all the big kids awake all day so they’d all crash early and hard at night – I think the kiddos were mostly all asleep by 6:45. 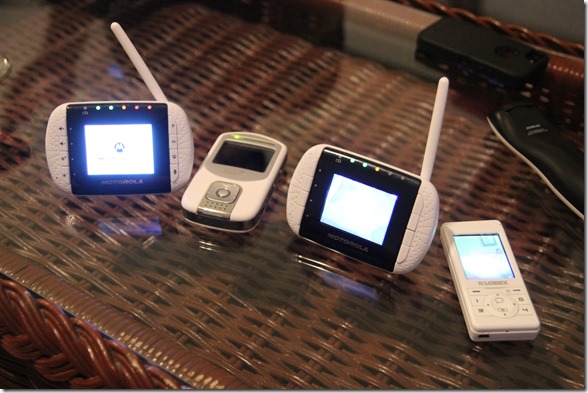 SO MANY MONITORS.  It’s a wonder that anyone could get a signal!

We played games like Cards Against Humanity and Fishbowl.  We turned a few rounds into drinking games even though half of us played with water – hah.  I was well-hydrated, to say the least… 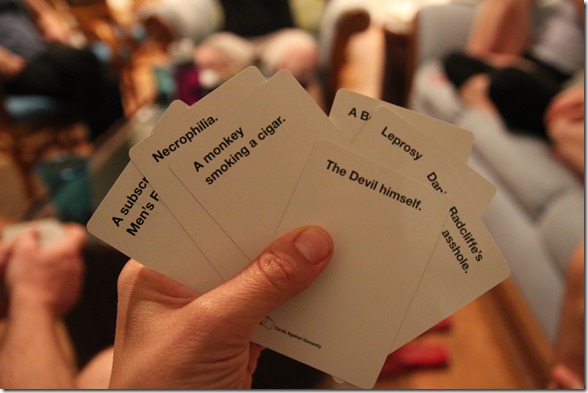 In the morning, I made coffee, a big mimosa and s’mores.  That’s the way to do it! 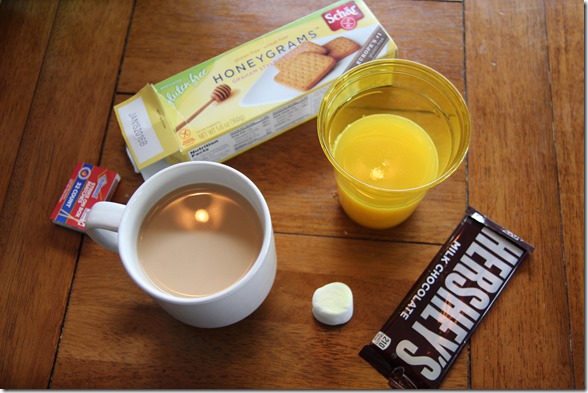 S’mores are perfect for breakfast. Don’t let anyone steer you into thinking they are only for dessert around a campfire… 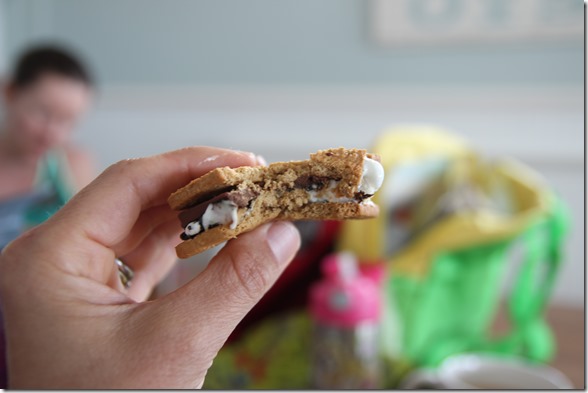 Unfortunately, on Saturday evening, the tropical storm kicked in big time.  I woke up at 4 AM to howling winds and rain pounding against my window.  When the sun rose, we could see giant waves crashing onto the shore. 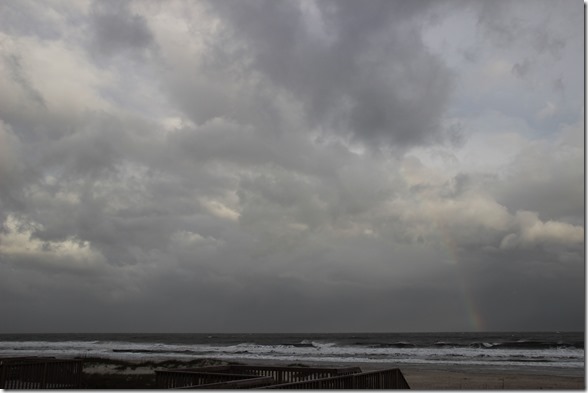 I made the mistake of opening the back door and getting popped in the face a few times – the wind was SO strong! 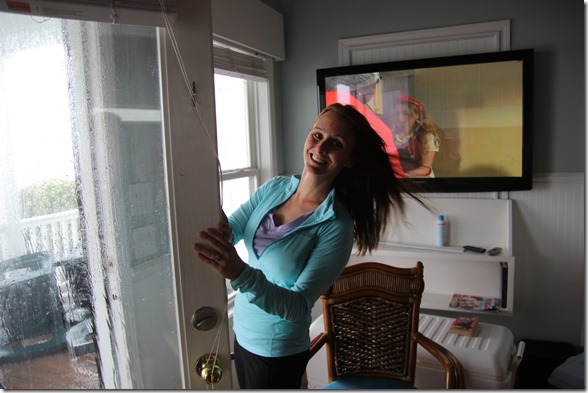 We decided as a group to pack up our things a day early and head home – an easy decision when we realized a few bedrooms were flooding.  The radar looked atrocious and there was no chance of getting back outside.  By noon, the children were starting to eat each other alive (there is only so much Disney Junior that a toddler can take).  So we threw our gear into the cars and headed home… 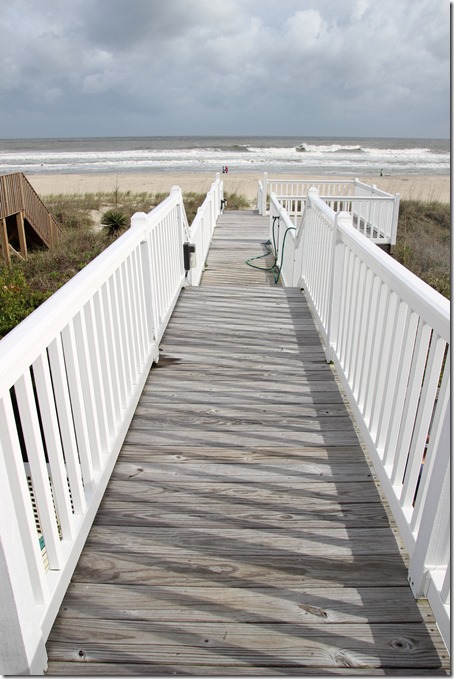 See you next summer, beach!  No more tropical storms, okay?