on April 28, 2015
in Sponsored Posts, Giveaways, and Reviews 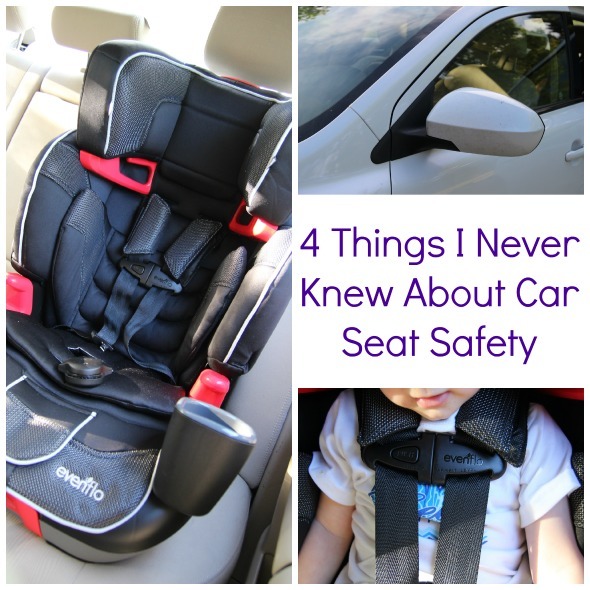 Car seats. Oh, car seats! When you’re a new parent and are car seat shopping, it can be SO easy to quickly overwhelmed. What kind do I need? Why? When can I switch styles? Most parents are aware that rear-facing is safer than forward-facing for babies and toddlers (and I’ve read even for preschoolers, too!). When Henry was born, I knew that – but that was about it. I had no idea how to put a car seat in my car, how to put a baby in a car seat, or how to wrangle a toddler into position. I’m no car seat expert, but I have learned a few keys things over the last few years, and I’d love to hear what you’ve learned, too.

Once, on an Instagram picture, someone left a comment about Henry’s car seat. They informed me that his chest clip was in completely the wrong position. At first, I felt flustered and embarrassed. Then, I did some Googling and learned that chest clip position is super important, and I was no longer embarrassed – I was just grateful that someone had spoken up! 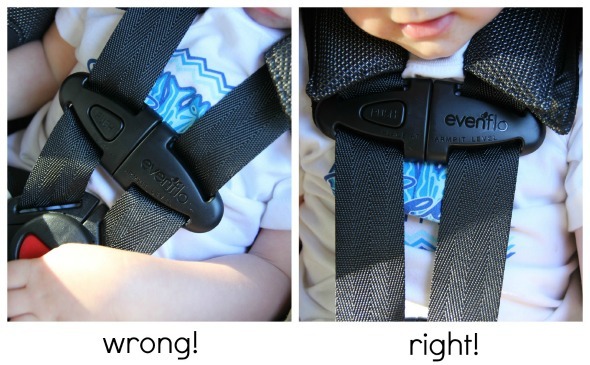 The chest clip ensures the straps are on the right spot on the child’s shoulders. If it’s too low, the straps can slide off the shoulders in a crash. I use Henry and Claire’s armpits as a guide – if the clip is level with the armpits, it’s in the right spot.

During the winter, never put your child in his or her car seat while dressed in a bulky jacket, snowsuit, or after-market car seat sleeping bags that go under the straps. Why? Well, in the event of a crash, the fluff of the fabric will compress, the straps may suddenly be too loose, and the child can be injured or ejected from the car seat.

During the winter, I’d tuck blankets around Claire after she was fitted into the car seat (there are also many car seat covers that go entirely over the straps and are thus safe). For Henry, I strap him into the car seat and then have him put on his winter coat backwards – his arms and chest are kept warm but there is nothing between him and the straps/back of the seat. 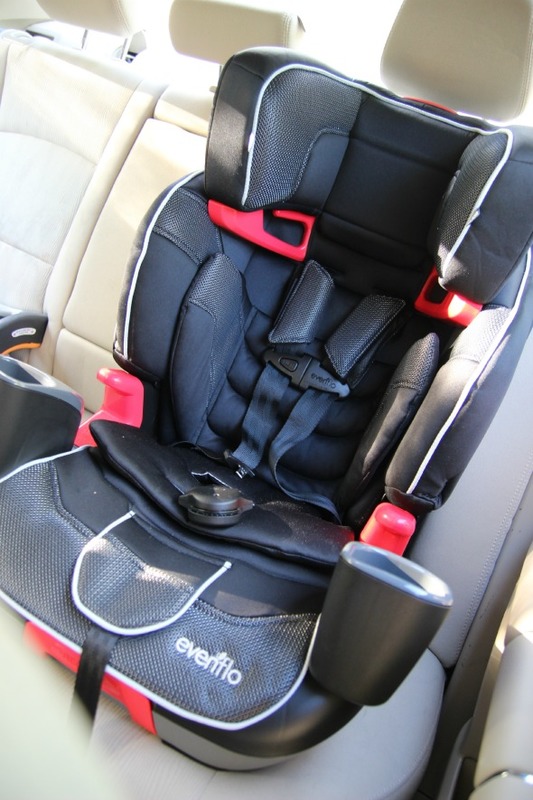 Even if your kid is in elementary school, they probably still need some sort of car seat, as the seat belt alone won’t properly fit most kids for many years (until around age 8 – 12 or when they are about 4 foot 9 and can pass the “5 step test for seat belt readiness,” which you can Google).

Henry is a few months shy of his third birthday, which means he’ll be using the seat as a forward-facing five-point harness for a long time. I’ve owned a variety of car seats in different brands, and there are lots of things that I like about this car seat in addition to the fact that it can eventually become a booster.

First, it’s comfortable. Especially for a car seat in this price range, the fabric is soft and cushioned. I love the adjustable headrest. I’ve had two other forward-facing car seats without this feature, and it’s really nice for napping in the car. Also, this car seat has two cup holders, which is great for holding drinks or toy cars!

Secondly, it installs easily. The seat has a feature called SureSafe, which increases proper installation by 2X compared to the typical Latch system. Installation is a vital part of car seat safety, so anything that makes the process easier and safer, I’m thrilled with! It’s important to remember that, once secured to your car, the seat shouldn’t move more than an inch in either direction. If you can move it more than an inch, it’s not secured tightly enough. 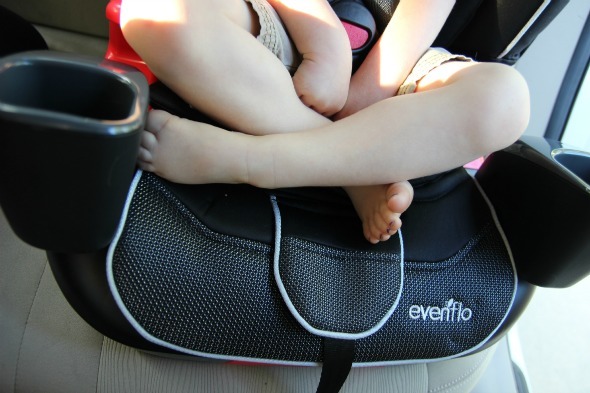 And lastly, Henry really seems to like the seat! Part of the reason that we’ve gone through SO MANY CAR SEATS is that some are just plain uncomfortable. But this one is really great, and it’s nice to know that it can grow with him until he’s old enough to just wear a seat belt.

#4: The Straps Should be Snug

And last, but not least, the one thing I definitely did not know about car seat safety before having children is this – the straps should be snug. Like – snug-snug. I do the pinch test, which means if you can pinch the fabric of the harness between your fingers, the straps are too loose.

I always do the pinch test PLUS check the chest clip when I strap the kids in – every single time. It only takes a few seconds and could make a huge difference in a crash.

What features do you look for when purchasing a car seat?

Evenflo® is taking extended use and comfort to the next level with the introduction of the Advanced Transitions 3-in-1 car seat. Visit Evenflo.com for more information. This is a sponsored conversation written by me on behalf of Evenflo®. The opinions and text are all mine.