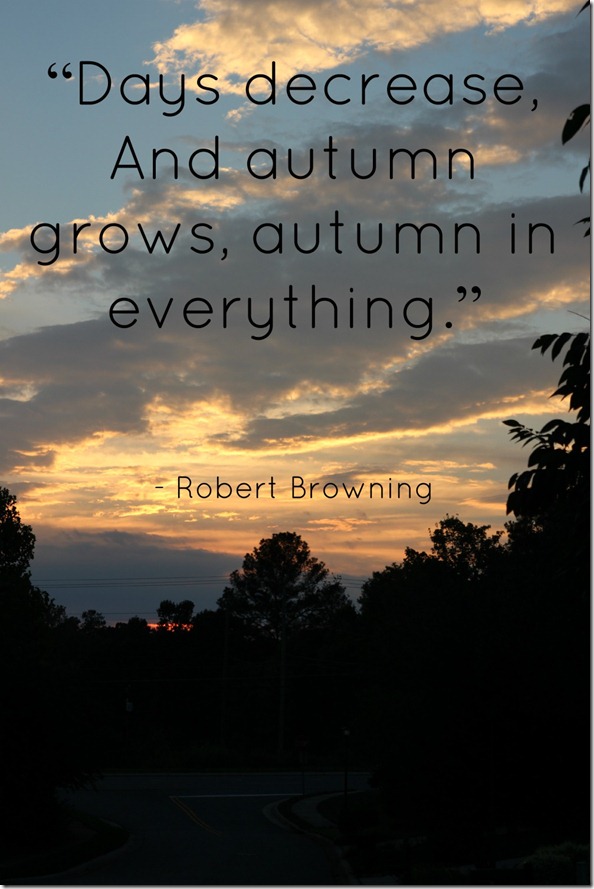 How was your weekend? Ours was good… but exhausting.  Over Friday, Saturday, and Sunday, we tackled our front yard, which was a nasty, embarrassing mess.  If neighborhoods gave away awards for Worst Front Yard, ours surely would’ve won.  We’d been kind of ignoring the space because to REALLY rectify the problem, we’d have to put thousands into re-sodding the yard.  But on Friday, we got motivated to put some “lipstick on the pig” and tidy up the garden beds for $200.  It looks so much better! 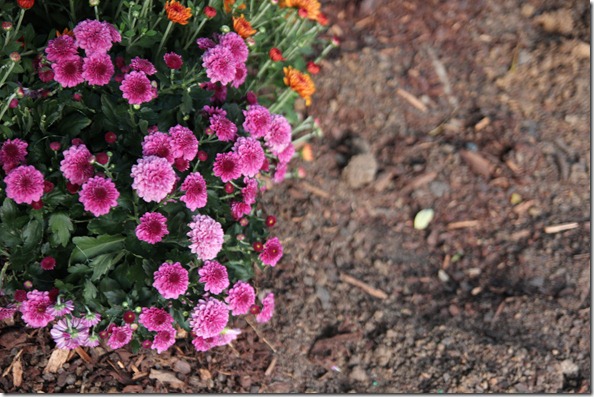 Hours upon hours of gardening at 30 weeks pregnant = I am so freaking sore.  I actually feel like I did a triathlon this weekend.  But no – I just spent hours in the dirt, pulling weeds and hauling trash bags.  I didn’t do a lick of “official” exercise but – TRUST ME – the gardening counted.  Oh, my aching legs… 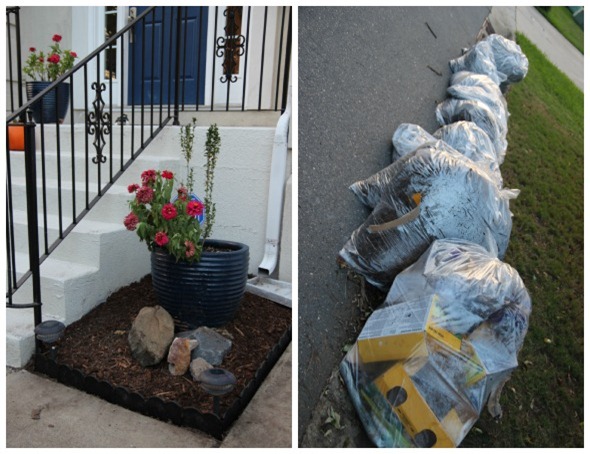 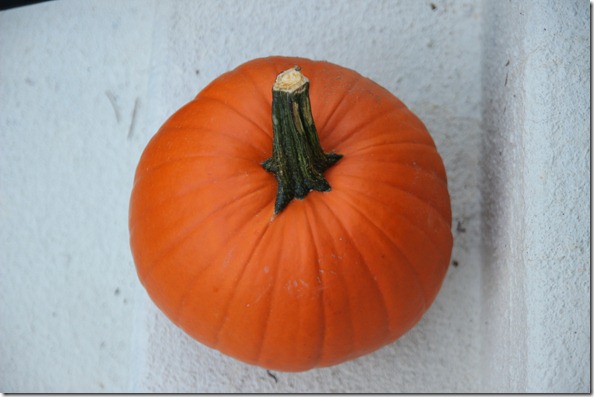 Henry was actually a huge help!  He moved rocks, pulled up weeds, and helped dig a few holes.  Before I had kids, I always wondered how you were supposed to do house stuff like this with a toddler.  The answer?  Hand them a little shovel, a monster truck, and try not to wince as they get incredibly dirty.  That’s what the garden hose is for, anyway. 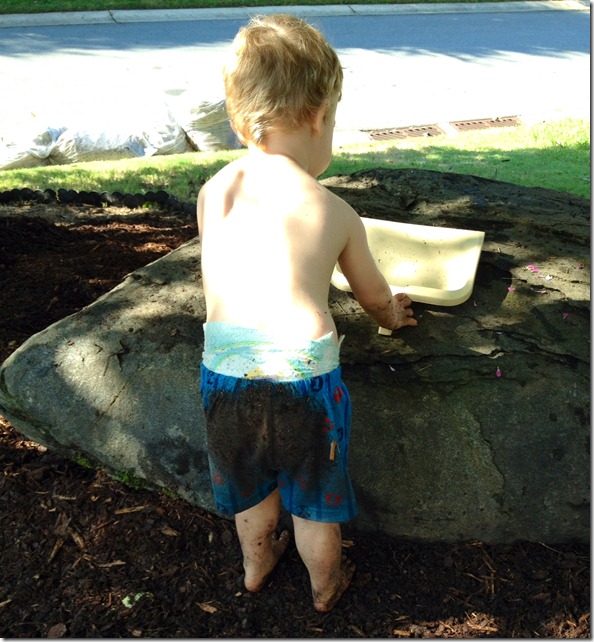 Side note – we really, really need to stop doing major gardening projects while I’m in my third trimester.  When I was pregnant with Henry, we tore up the backyard.  I seriously cannot believe I did that when 36 weeks pregnant – I could barely pull off this weekend’s spree.  Never again.  Never again! 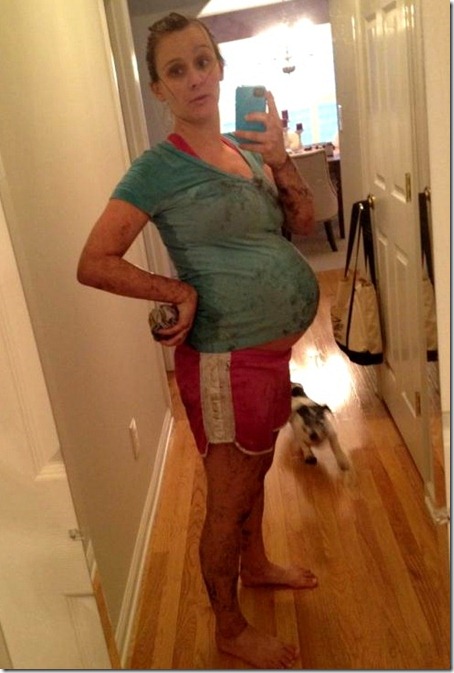 The rest of our weekend was filled with the usual – delicious food, relaxation, football (any other Miami fans suffer through that Nebraska game?), and quiet family time.  I really value our peaceful weekends. 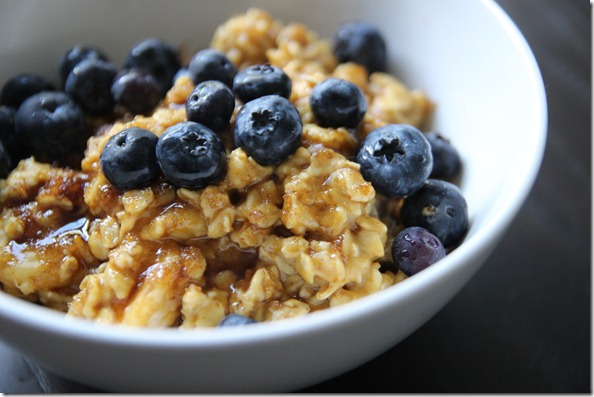 Pumpkin Oats for One: 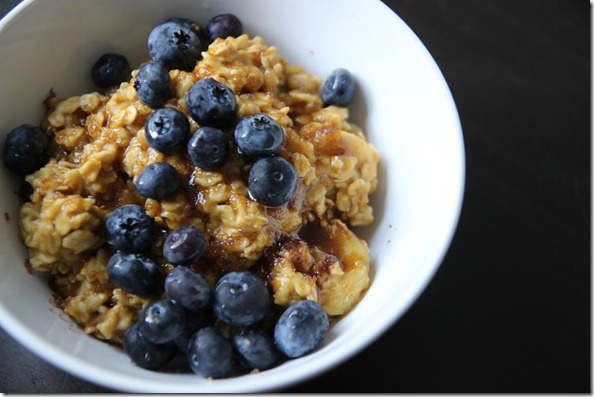 Thanks so much for all the sweet and thoughtful comments on my How I Stop Temper Tantrums posts.  It’s always nice when a blog post that I put so much effort into resonates with you guys!

I had a lot of questions about 1-2-3 Magic, and I haven’t had a chance to address them in the comments section, so I thought I’d do it here.  I’ve mentioned it a few times on the blog but the technique deserves another shout-out because it’s so awesome.  It’s a discipline technique for kids age 2 – 12.

It’s super simple – it’s a counting-based method with age-appropriate time-outs.  When the kid does something they aren’t supposed to be doing (like, say – banging a truck against the wall), you say, ‘Don’t hit the wall.  That’s one… that’s two… that’s three – okay, time out.”  And then you do time out.  It’s AMAZING how well counting works – I seriously did not think this would be effective when I tried it, but if you follow the technique closely, it does work – just like magic!

The book (which I really recommend) taught me that I was doing several things “wrong” with Henry – during discipline, I would talk way too much.  I would also try to persuade or argue with him.  And lastly, I got too emotional – he could easily see when I was frustrated or angry.  The key to counting effectively is to do it without extra talking and without emotions.  The other thing the book reinforced for me is how much you have to just stick to your guns.  This is something that all adults *know* about kids but is SOOOO hard to implement on a day-to-day basis.  Basically, you can’t say, “Don’t hit the wall! Don’t hit the wall! Stop hitting the wall! Ugh, fine, whatever. Just be quieter about it.”  If you tell them to stop doing something or start counting, you need to be prepared to go through the whole process with time out.  Consistency is really key for making the method work.

There are LOTS of other important points in the book, and it’s a super fast read, so if you want to try it with your kiddo, definitely read the book.  My two paragraph summary isn’t enough.

We’ve been doing 1-2-3 Magic for several months, and like I said – truly effective.  I try to only count for things that really matter.  I usually just have to say, “That’s one” and the behavior stops.  Sometimes, I get to “two.”  And of course, we end up occasionally doing time outs, but he responds well to them.  1-2-3 Magic takes a lot of the fight out of the battle.  It’s pretty awesome!