This weekend was different – it was just Henry and me.  The Husband was out of town visiting his best friend.  It was a little lonely at home, but Henry and I stayed really busy, tackling projects, seeing friends, and – most notably – getting H switched over to  his new bedroom!  More on that below.

But first – an awesome workout. I really cannot believe that I’m still running so close to my third trimester.  It rocks. 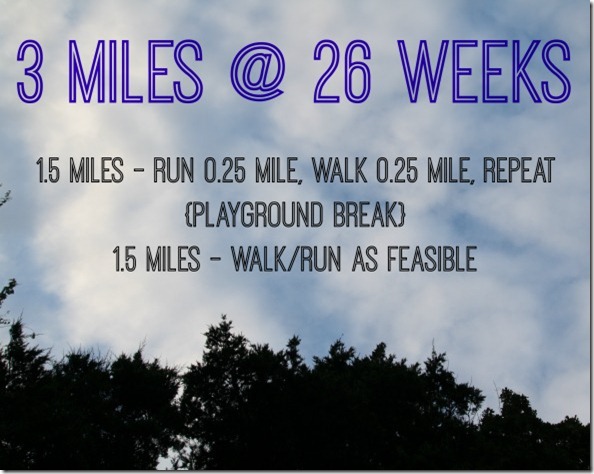 I L-O-V-E breaking up run workouts with a destination – have you ever done this?  Run to the store, a friend’s house, or the park?  It’s so fun and keeps the workout from feeling monotonous.  It’s probably not the best idea if you’re training for a race, but it’s awesome for the everyday workout.

I was super dehydrated afterwards.  I dug this electrolyte powder out of my training drawer – the flavor is kind of weird, but it sure does the trick in terms of hydration. 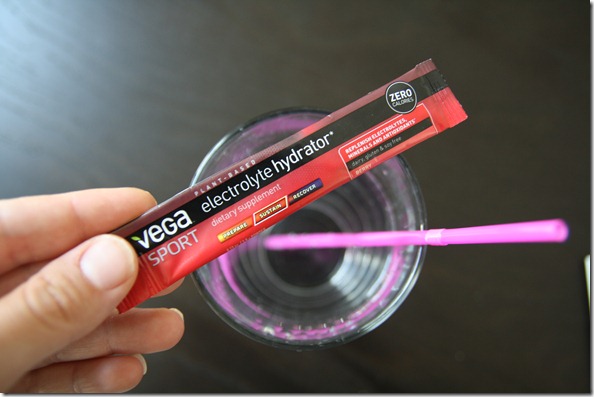 My Sunday workout involved mowing the lawn.  Mowing is no joke, even with a powered mower.  Our hills kill me. 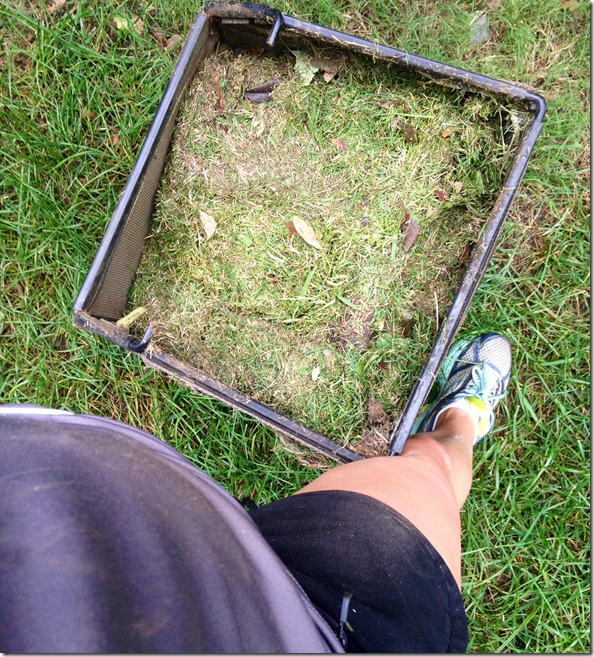 And, of course, as with any weekend, there was lots of eating.  I made a HUGE batch of mashed potatoes (with carrots and spinach mixed in), and we ate it for nearly every meal. 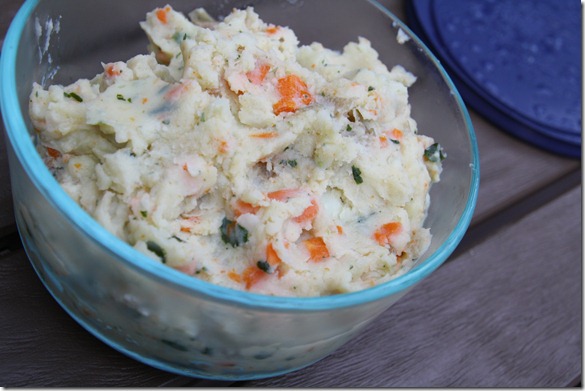 Sneaking in those veggies, one starch at a time.

I pulled off my pajamas bottoms, put on real people clothing, and went out for epic sushi with Julie and BFF Nicole. 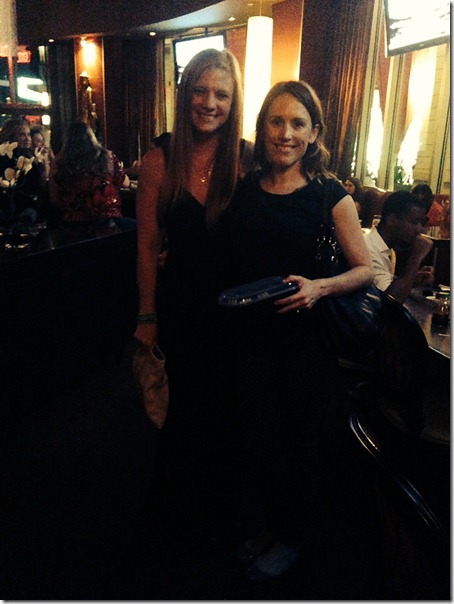 I picked up this ice cream at Whole Foods.  I mostly bought it because I have NEVER seen gluten-free cookie dough before. 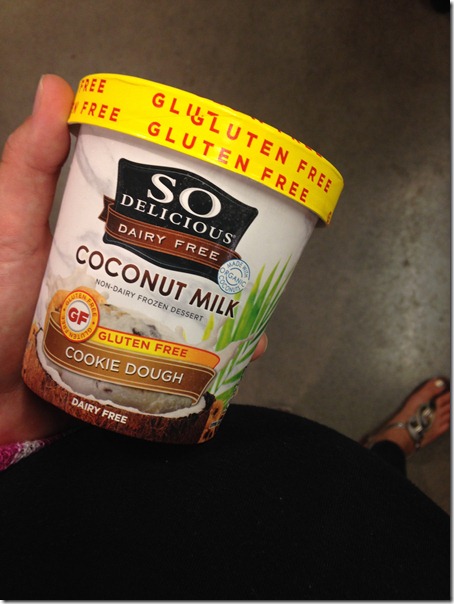 I haven’t tried it yet – here’s to hoping it is good! I bet the ice-cream-to-cookie-dough ratio isn’t high enough (isn’t that nearly ALWAYS true with cookie dough ice cream?!)

H and I went to two parties on Sunday.  One was a meet-and-greet at Henry’s new school, and the other was a friend’s son’s first birthday.  I snagged a bite of Henry’s GF cupcake. 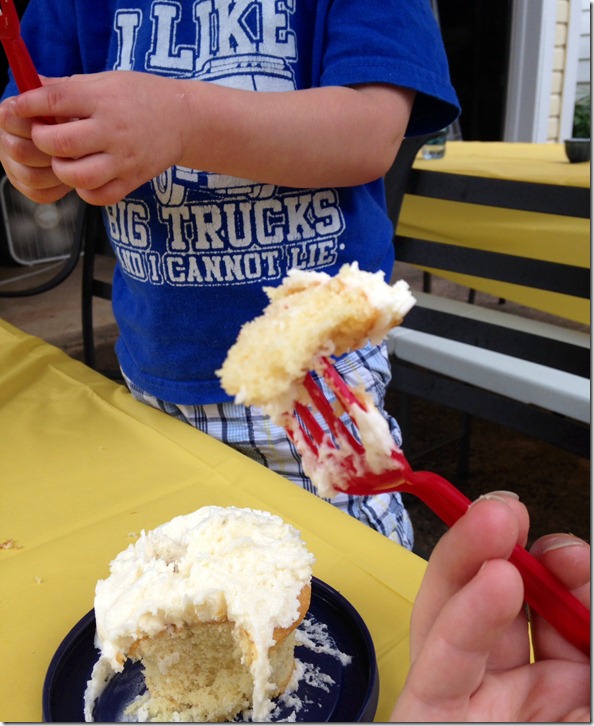 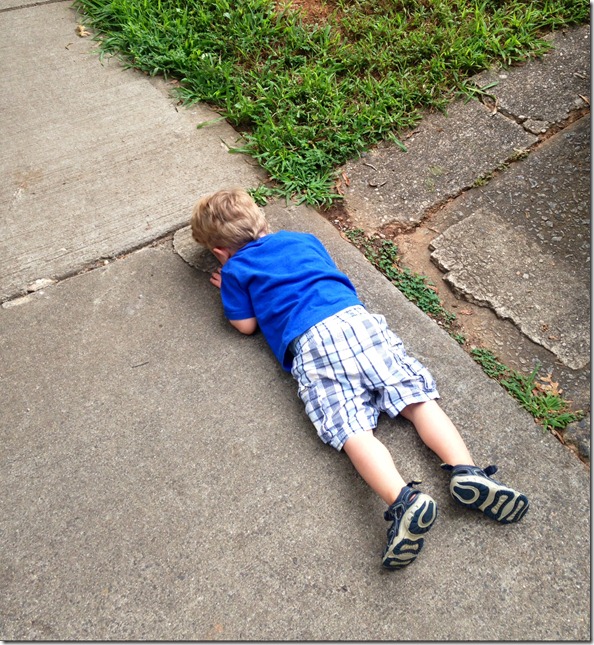 Clearly, it was naptime.

Speaking of naptime, I transitioned him to the big kid room!  And the switch was ACTUALLY successful.  Hallelujah! 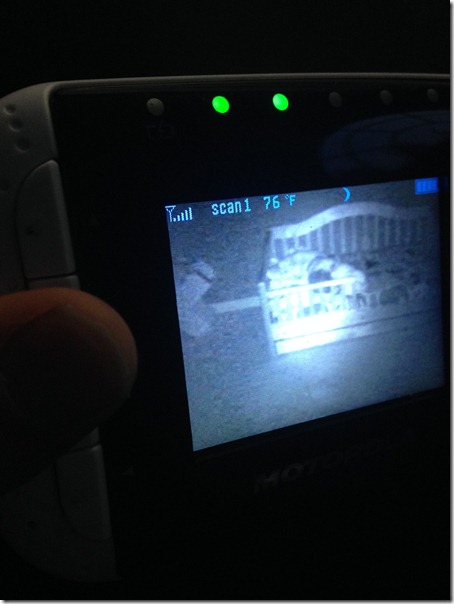 Remember when I tried to get him out of the crib about 7 weeks ago, and he lost his little mind?  Like, he truly freaked out.  Stage 5 toddler meltdown.  Well, at the time, I decided that instead of forcing him out of the crib, I would just give him more time.  We did a few other things to help ease the transition – I’ll post about it tomorrow – but basically, the switch was a breeze.  Given his initial reaction, I cannot believe how easy it was!

I have this giant list of To Do items before the next baby comes, and almost all of the projects are super involved and time-consuming, so it was really nice to be able to check one item – probably the biggest and most important! – off the list.

So – that was my weekend in a nutshell.  How was yours?

Next post: Henry’s Jungle Room + Tips for Vacating the Crib