On Saturday, I turned 30!  The big 3-0!  First of all – I can’t believe I started this blog when I was freaking 24 years old.  Man – how time flies (if you’ve been reading that long, thaaaaaank you!).  And secondly, if you had asked me how I felt about turning 30 at 24, I probably would’ve crinkled up my nose and thought, “EWWW!”  But you know what?  Here I stand, 30 and happy.  My 20s were pretty epic, but I feel good about closing that chapter of my life and looking towards a new decade. 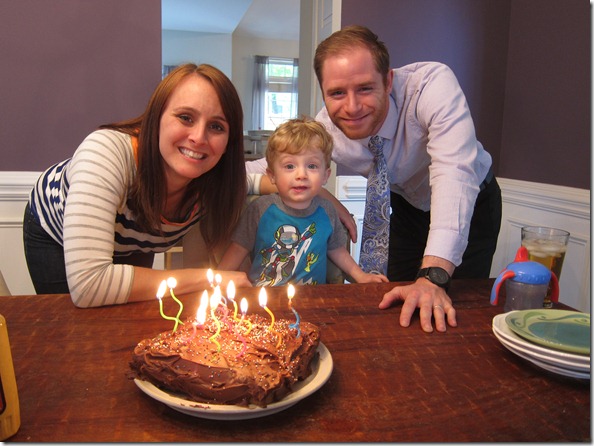 Here’s how I spend my birthday!

On Friday night, DadHTP came over with a baked cake.  Henry observed as he iced it, and then Henry helped put on the sprinkled and candles.  So fun to watch!  Kristien got home shortly after, and after a nice dinner, everyone – including Henry – sang me Happy Birthday.  Henry *just* learned to sing songs last month and figured out Happy Birthday this past week, so that was pretty special. 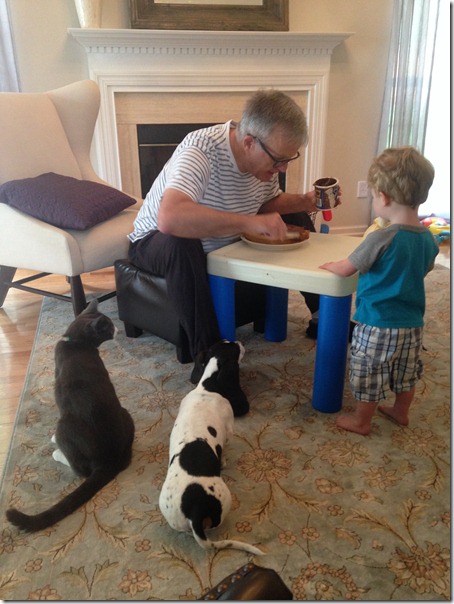 At the end of the song, Henry practically face-planted into my birthday cake, and after two pieces, I had to cut him off.  When he came downstairs on Saturday morning, the first thing he did was run to the counter and say, “Where’d da chocolate cake go?!” Hah. 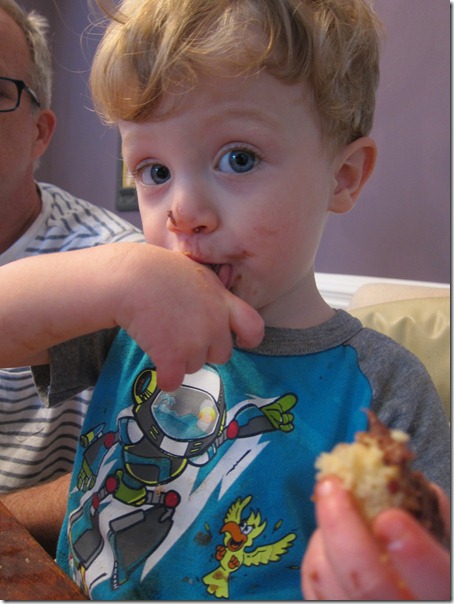 On Saturday, I slept in – glorious!  We had a nice family breakfast, and then we headed to the park to watch around the duck pond, which is truly one of my favorite things to do with Henry.  When we got home, we loaded Henry up in the jogging stroller and ran 2.5 miles.  After we returned and had lunch, Kristien (who, by the way, gets Husband of the Year for making my birthday so great) put Henry down for his nap, and I laid in the hammock and ate a Popsicle.  Pretty awesome. 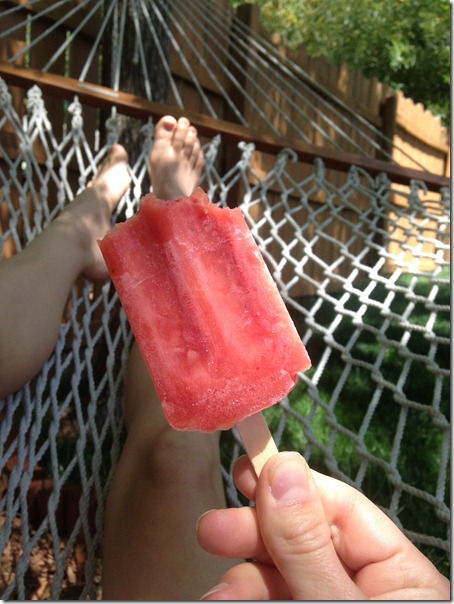 Random thought: When the weather is nice on my birthday (which is the 26th), I always think of this scene from Miss Congeniality when the judges ask the contestant to describe her ideal date.  Hah.

While Henry napped, I laid on the couch and watched TV / read a book – another hour of awesome perfection (can you tell I really wanted to R-E-L-A-X on my birthday?). 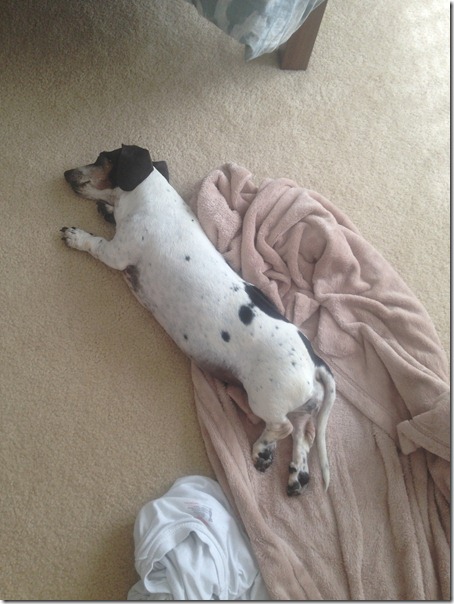 Meanwhile, Kristien prepared the meal and house for our party.  We had our two couple friends come over (Nicole + Isaac and Heather + Sean).  Heather and Sean brought their daughter Mirabelle, who I’m 95% sure will be Henry’s future wife. 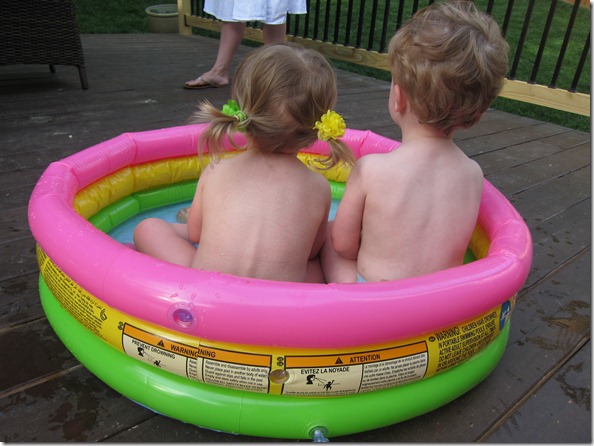 Even the puppies got into the party spirit! 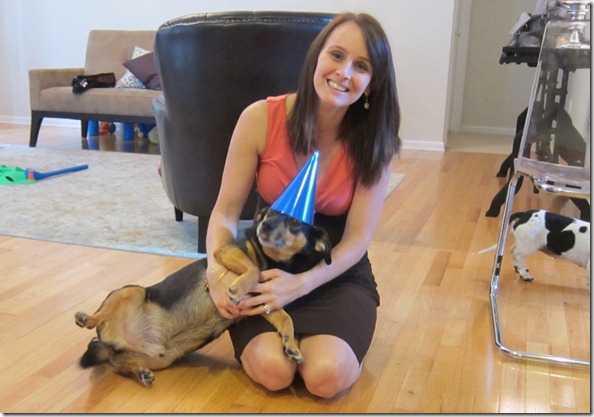 James actually minded the hat a lot less than he appears to in this picture… He just turns into a wet noodle when you try to take a picture with him.

We had a lovely picnic on the deck.  We had salad, potatoes, corn, and Emily’s black bean burgers.  And beers and margaritas.  Yum. 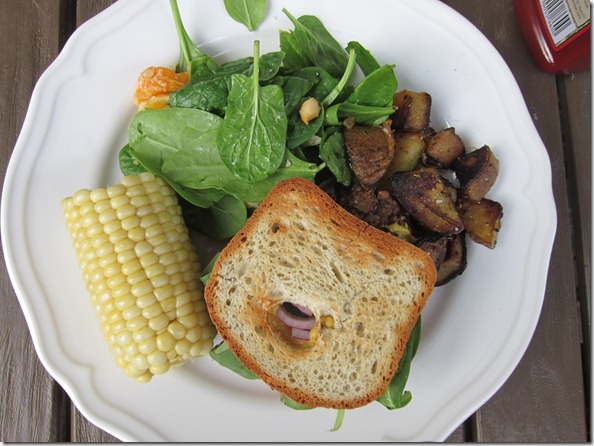 For dessert, BFF Nicole made me Never Homemaker’s Chocolate-Peanut Butter Fudge Tart, which is rapidly becoming Nicole’s signature dish.  She makes the recipe with sunflower butter instead of peanut butter and it’s AMAZING. 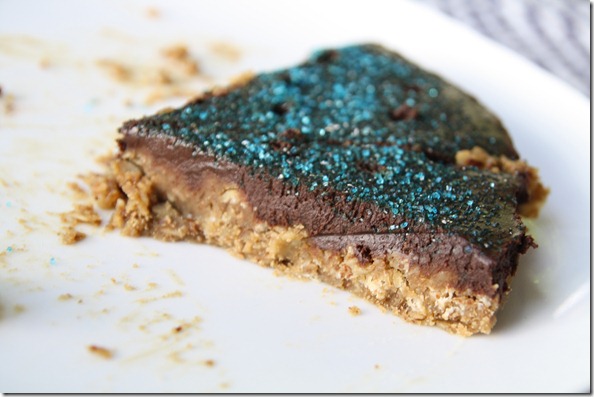 Another set of candles to blow out!  I felt lucky to get to make my birthday wish twice. 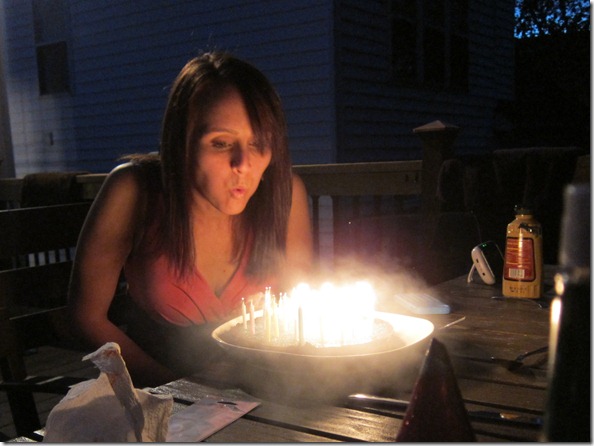 The adults stayed up WAY TOO LATE talking and laughing.  Nicole and Isaac headed home once the yawning began, but Heather, Sean, and Mirabelle actually slept over, which is what they usually do when we have get togethers.   Sleepovers when you’re 30?  I’ll take it!  It was fun to wake up and still have our friends in the house. 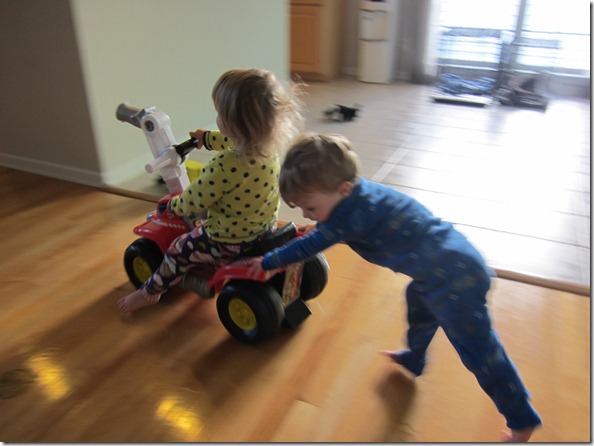 We definitely had leftover chocolate tart for breakfast…

And once everyone left, we picked up the house, ran a few errands, and did a walk/run through a local arts festival. 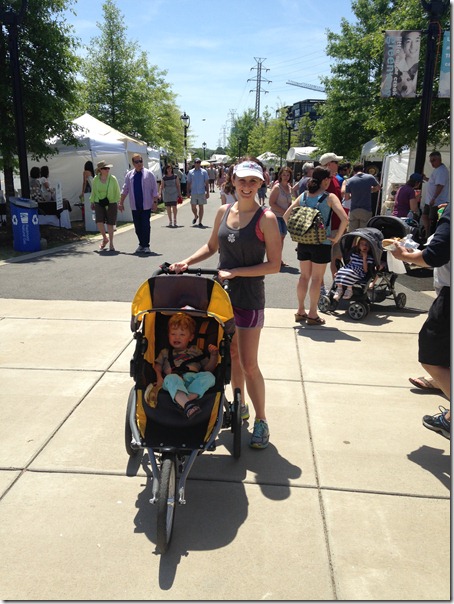 All in all – a FABULOUS birthday spent with family and friends.  Spent outside in the sun!  Spent relaxing, sweating, and laughing.  Spent eating A LOT of delicious chocolate cake. 30 feels good, indeed.

Previous post: Biking Across The Country (My Butt Hurts Just Thinking About It)