Meet Raven, as he is affectionately known.  I read about Raven (real name – Robert Kraft) in an airplane magazine article entitled – most fittingly – The Long Run.  The article details why and how Raven runs the same route over and over again, calling the streak as “inspiring as it is exhausting.”

The Raven fitness plan probably isn’t for everyone. It goes something like this: Wake up. Run eight miles. Repeat every day for 39 years. And there’s more to it. Two hours before the run, Raven bikes six blocks from his Ocean Drive apartment to the outdoor gym at Ninth Street. There, with young bodybuilders and gymnasts swinging from the monkey bars in the background, Raven drops to the sand in push-up position. He completes one set of his age, plus one rep, then moves to the pull-up bar. He grunts through three sets of 20, followed by a 45-second hang with the bar resting against the back of his neck. That happens, as one might guess, every day.

Reading about Raven lead me to the United States Running Streak Association, which keeps track of other ‘streak’ runners.  A streak, as defined by the organization, involves running at least one mile a day.  The run can be on the road or on the treadmill, and it doesn’t matter how fast you go, but you can’t use any ‘assisting devices’ like canes or crutches (prosthetics are okay), and runs in the pool do not count. 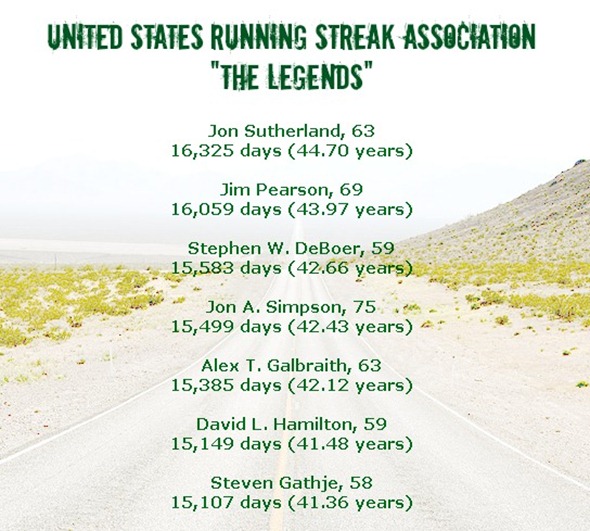 The Raven isn’t even in the Top 7 streak runners!  Seven men have been running every day for more than FORTY YEARS.  But the Raven is unique in that he runs the same route every day, which no one else has done.

Here’s something interesting… There are NO women in the Top 50.  The longest female streak runner is Barbara Latta, who began her streak on December 5th, 1983 and has been running for 30 straight years.  Out of the 428 runners that the Association keeps track of, only 82 are women.

To qualify for a ‘streak,’ you have to have run every day for at least a year.  If you are so inclined, you can apply to be part of the organization using this form.  (Side note: The Association acknowledges that there are some dangers associated with streak running…)

Speaking of running, I did 8 miles this morning.  It was a ho-hum run.  I felt sluggish and tired through a lot of it.  I ended up crashing on the driveway afterwards – SO TIRED. 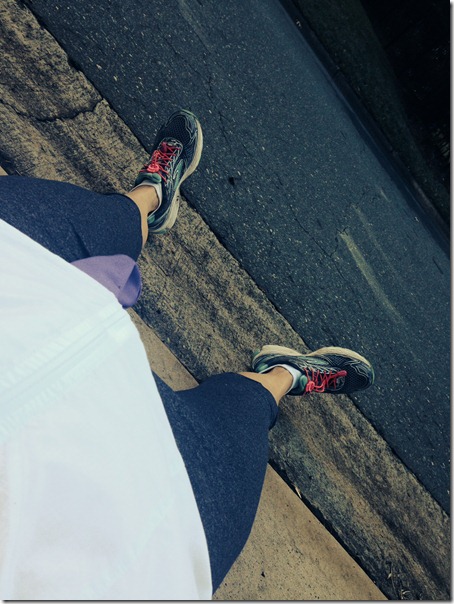 What’s your longest running streak?  Mine is probably four days.  I don’t keep track of these things, though, so that’s just an educated guess!  It MAY be five, but I doubt it.

Next post: Do Good: Find Your Perfect Volunteering Opportunity