Happy Thanksgiving!   Because of the stomach flu, we had to push back our celebration a day.  Side note:  getting the stomach flu is always terrible, but to get it on Thanksgiving feels like a cruel, cruel joke.  I couldn’t even eat pie!  But we still had a nice time. 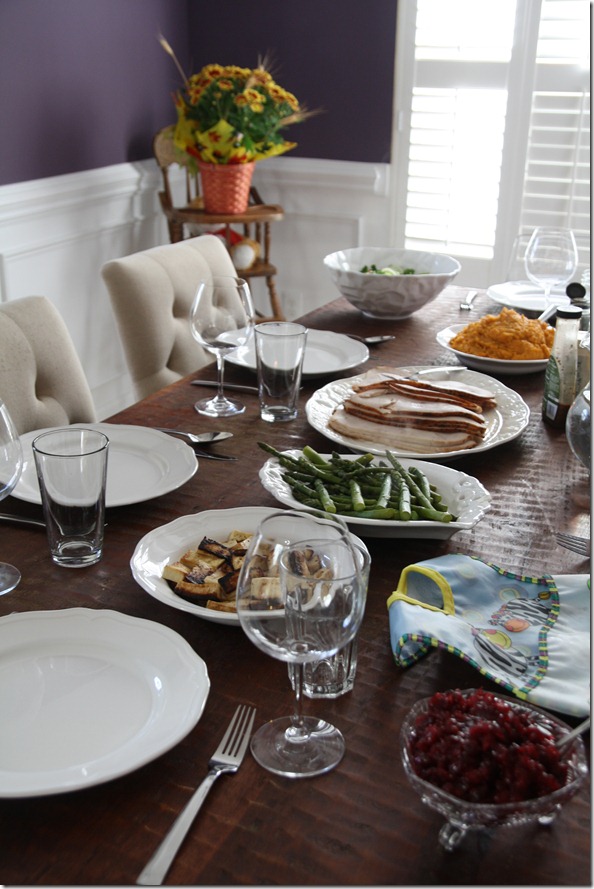 My family really pitched in and brought a lot of the food.  I was thankful because that meant that I only had to spend an hour or so in the kitchen, which was just about all I could rally… especially after I spent thirty minutes disinfecting every surface in my home. 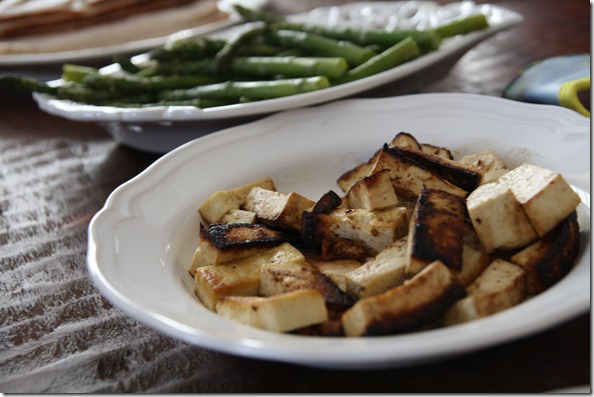 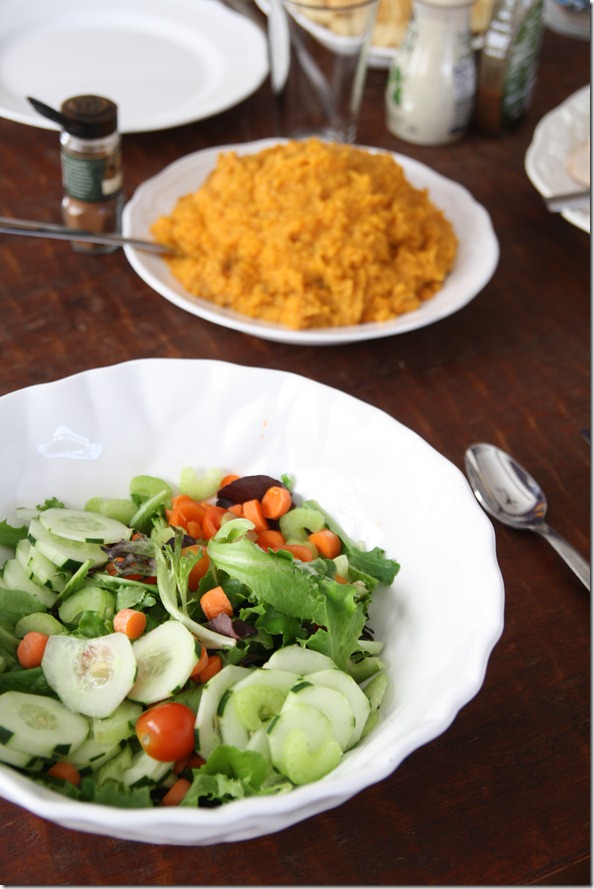 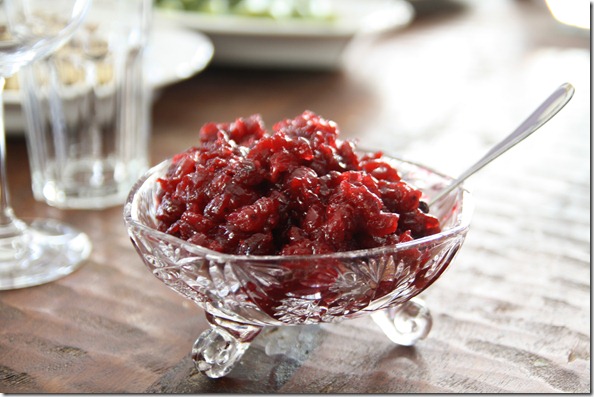 The only dish that I actually made using a recipe was the cranberries.  And by “recipe,” I mean that I just eyeballed measurements and threw ingredients in a saucepan.  But I thought I’d write down my eyeball measurements for next year – because it was really good!

1/2 peel of an orange, sliced into thin strips

Everything went into a large pot and simmered on medium for about an hour.  Towards the end, I poured off the extra liquid and then put it back on the burner for a bit.  I timed the dish horribly and realized that I would have steaming hot cranberry relish if I didn’t do something creative, so then I put it in the freezer to cool it off.  It worked. 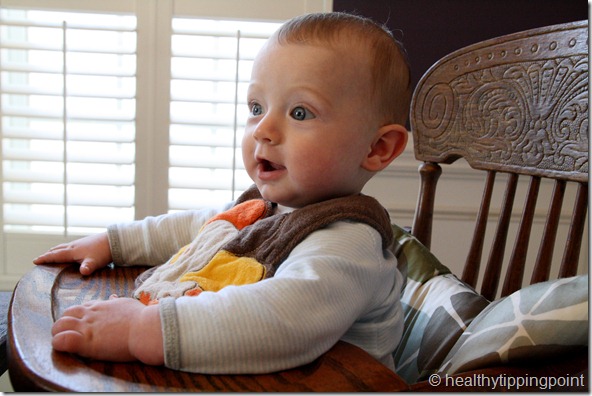 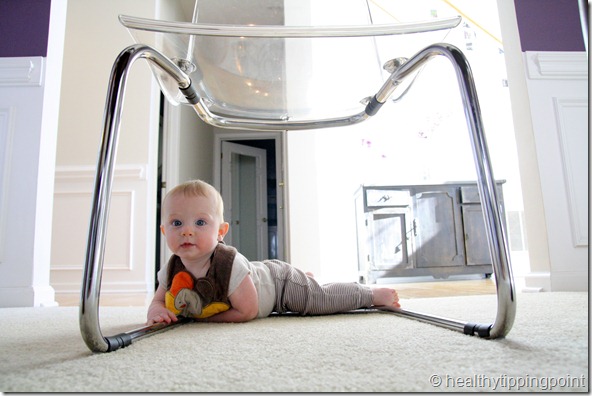 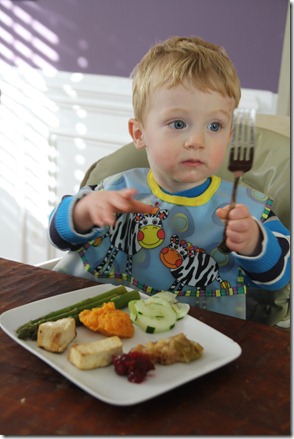 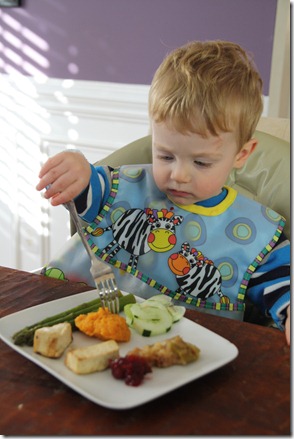 He didn’t even eat solids this time last year.

Afterwards, we decorated the tree.  Kristien picked up a ten footer. 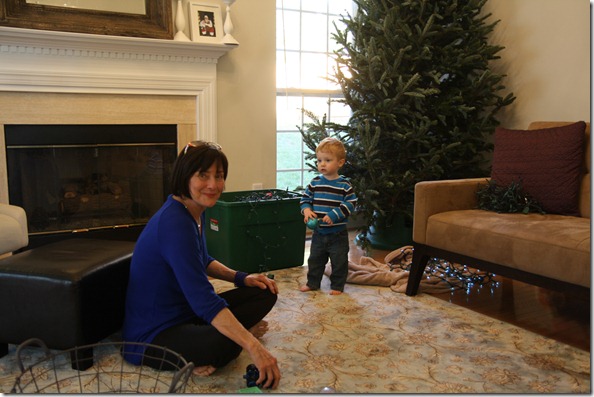 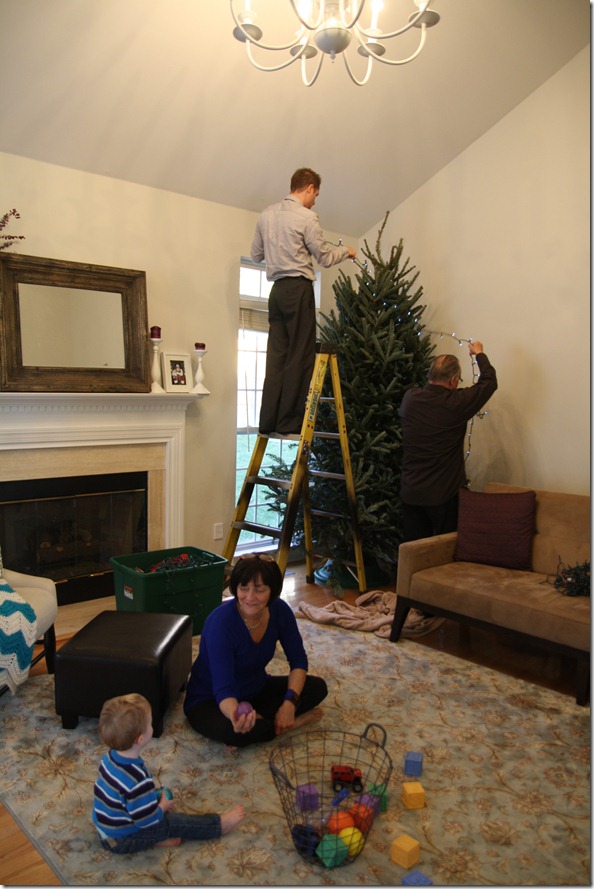 … This morning, I woke up to find the tree leaning against the wall.  Whoops.  Apparently, we didn’t secure it in the base tightly enough.  A task for later, I suppose!  And I’m hoping that MUCH later, I’ll be ready for a workout.  I’ve pretty much be glued to the couch (minus a brief kitchen stint) since Tuesday night… my muscles would enjoy a workout.

I hope your holiday was filled with brightness and love!