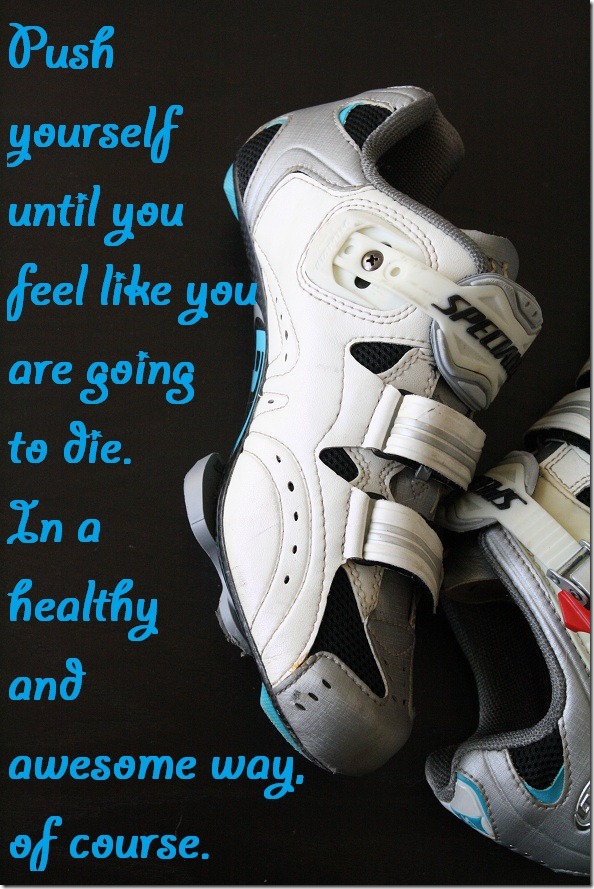 When my instructor said that, I busted out laughing mid-pedal.  That pretty much sums up my training lately.  It’s awesome, but man, it’s a piece of work.  Worth it, though!

After much Internet-sleuthing, calendar-checking, and budget-crunching, here are the triathlons that I hope to complete this spring and summer.

I’m excited for these events because I’m opening up with two ‘easier’ pool triathlons… this will ease me into tri season.  I’m really pumped for the June race (Tri Latta), as I’ve done it before and really enjoyed it.  The August race is one that I’ve done before, too, and this will be my ‘big’ race of the season (my only Olympic distance – I wish I could do another one but it just doesn’t work out).  And last, but not least, we’ll be ending with the Lake Norman YMCA tri, which I did last year when I was only 11 weeks post-partum.  I hope I can beat my time.

The other completely random race that I was considering is the Duke Energy Race to the Top climb – you climb 50 stories to the top of one of the largest buildings in Charlotte.  Neat, huh?  Unfortunately, I have a work conflict.  I also have my eye on a Half Ironman – Charlotte’s first – although I seriously doubt I will do that.  Only if something miraculous happens, like Henry learns to change his own diapers and cook his own meals.

How do you select your races?  For me, it’s a matter of several factors:

Whatcha got on the calendar?