As an owner of not one, not two, not three, but four small businesses (blogs, speaking engagements, the clinic, Vitamins for Vegetarians…whew), I absolutely love it when people take an idea and run with it.  That’s why I want to tell you about my friend, Katie Levans of Sweet Tater Blog, and her genius idea – Plate Share. 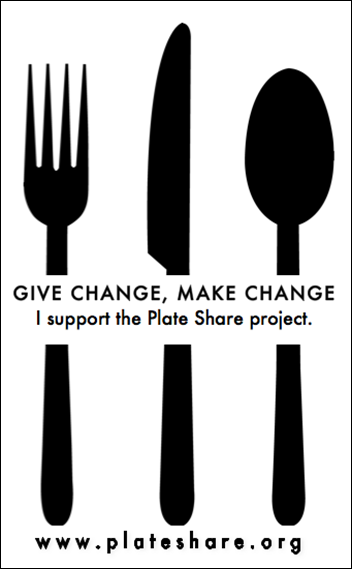 Katie says it best when she wrote:

Don’t you just love the idea of a really great idea that keeps you up at night? I sure do.  And Plate Share really is a great idea.  It’s a “social food photo-sharing smart phone application” that rounds up your grocery or restaurant bills to the nearest dollar, donating the rest of the money to feed the hungry through Feeding America (formerly Second Harvest).  Then, users would post photos of their meals on social networks to encourage others to join in the efforts.

As Katie says, “It’s simple… Give change. Make change.”  Katie has calculated that, if she can implement her idea, she’d donate an average of $12 a month to feed the hungry in America without even ‘trying.’  She wrote, “I tracked my food spending for the months of November and December to see how much money I would’ve donated to Plate Share had it existed. On average, my change added up to $12 a month. Doesn’t seem like much, I realize; it’s negligible in the grand scheme of my budget. But what if you did it, too? And what if all 1,600 of my Facebook friends did, too? And all of yours? And all 3,000 Twitter followers? And all of yours? And so on and so on and so on… I’m not a wealthy person, but if I can afford to eat out, I can afford to give change to make change.”

Hunger in America exists for over 50 million people. That is 1 in 6 of the U.S. population – including more than 1 in 5 children. (Source)

Katie’s idea is still in the development stages, but she’s presenting the concept at Startup Weekend Charlotte.  She hopes to find a team of developers, designers, and donors passionate excited enough to launch the project right away.  Whether she’s a success at Startup Weekend depends on us! 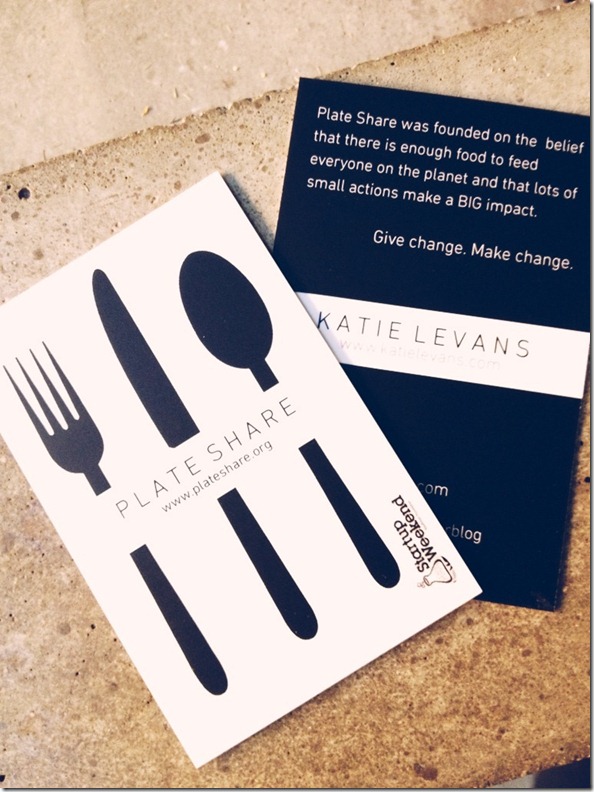 If you think her idea is great, here’s how you can help draw attention to her efforts and thus increase the odds that she’ll get the concept off the ground: