Are you sick of New Year’s Resolutions already?  I sure hope not.  It’s only January 9!  And actually, my #1 piece of NYR advice is to wait to start your resolutions until mid-January, especially if you’re trying to get healthy.  There are too many leftover Christmas treats and uncorked bottles of champagne hanging out.

Other smart goal setting strategies are discussed in the Healthy Tipping Point book!

Anyway, my non-resolution is going well.  And I’m working on my behavior modification to go to bed earlier, too, but this one is really hard to maintain.  I always want to stay up and do grown-up things.

So, without further ado, here are this year’s January Joiners.  A January Joiner is someone who, well, joins a gym or commits to being healthy in the New Year.  I hope a little encouragement motivates them to stick to it!  And I’ll be following up with them in January 2014 so… stay tuned! 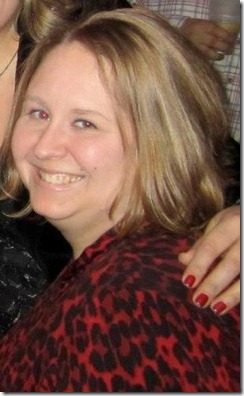 Christine says:  “This year especially (and a few times in the past) I’m a January Joiner.  I’ve actually belonged to a fitness program through my health insurance for the past 6 months but didn’t visit a gym until yesterday.  I could feel the hate radiating off the regulars as I took my place on a treadmill yesterday. One person even approached me and said "It is 6:00 and that is my usual time on this treadmill."  I thought she might take a swing at me.  I’m thankful for all the things I have in my life.  My husband is wonderful, my job is great and I have wonderful friends and supportive family.  But, I use food as my coping mechanism, and the last two years have been difficult.  We’ve had to replace two cars because of accidents.  We’ve had to deal with large medical bills stemming from the car accidents and two unrelated hospital stays while dealing with a period of unemployment.  We just haven’t been able to get ahead of our own lives.

Luckily, the stress appears to be balancing.  Well, fingers crossed, at least.  My husband and I are both healthy.  We both have jobs we love, a great apartment in a nice community, money to pay bills and have some fun, great friends, and supportive families. But, I’m faced with the realization that I’m 70 pounds overweight and most days I don’t feel like my best self, or even like my average self.  I don’t have any energy.  While my self-worth is not tied into my appearance, I don’t feel like I belong in my own skin.  I don’t like the way I look and I don’t like the way I feel.  I don’t want to deal with issues like heart disease, stroke, high blood pressure, diabetes, or anything else related to my weight issues in the near or distant future.  I think my family, friends, and my husband deserve me at my best.  But mostly, I think I deserve to wake up every morning knowing I’m taking positive steps to be healthy.  I want to have more energy, sleep better, and gain a sense of general well-being that has been lacking for the past 10 years.

So for 2013, I’ve committed to a few things.  First, I want to lose weight  I don’t believe in setting weight loss goals that are dependent on time restrictions because, inevitably I don’t meet the goals I set and it tanks my motivation.  So, I want to lose weight.  I obviously have a lot of weight to lose and I’d like to start off with a significant chunk in 2013 but anything that can be sustained over the long term would make me happy.  Also, I want to start regularly exercising again.  With the help of GymPact (finally available on Android!), I hope to get to the gym, or at least outside for a walk, 3 times a week, as a start.  My final fitness goal for 2013 is to run a 5k.  But for now, actually getting to the gym and working out regularly would be a vast improvement.

Lastly, I want to change my relationship with food.  I want to actually pay attention to what I’m putting in my body and how it impacts how I feel.  Less eating for comfort or distraction, more purposeful decisions to listen to my body.  More fruits and veggies, less meat.  More cooking at home, less eating out.  More whole foods and less processed junk.  I’m not going to give up my favorites but I can eat them less and learn to add new favorites that are perhaps a little better for me.” 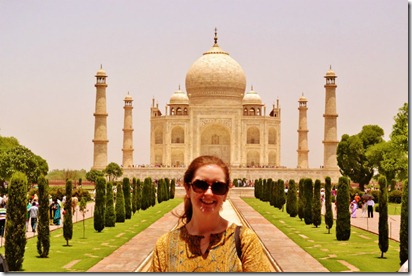 Maeve wrote, “When I moved from New York to India in 2010, my main measure of health was whether or not I had an upset stomach that day! My main focus was not getting sick, but I was not necessarily staying healthy. Transitioning to working in an office, takeout food, Indian food…it all should have meant that I put on weight. But to my great surprise, I was losing weight rapidly!  Before I made friends my main entertainment was trips to the gym in my neighborhood. In two years, I lost about 40 pounds. However, much of this weight loss was due to stress from moving and a demanding job. I had vitamin deficiencies and developed a stress fracture in my foot because I just wasn’t working out smart or eating enough nutritious food (paneer is delicious….it is not the backbone of a healthy diet). I’d become accustomed to eating whatever I wanted and still losing weight.

In 2012, when I got a handle on my health and was letting my foot heal, I quickly learned that those pounds wouldn’t stay off on their own, and regained about 20 pounds of the weight. I am entering 2013 far healthier but with a goal to lose those 20 pounds for good. I want to run smart and get through the year injury-free. And my biggest goal? A flat stomach for wearing Saris with confidence! “

Jillian wrote, “I have gone between Weight Watchers and My Fitness Pal for many years but I finally want to get on a track and stay there. I have approximately 125 pounds to lose but I don’t want to focus on the number, I want to focus on how my clothes fit and how much healthier I’ll feel. Seeing my number slowly drop, will just be an added bonus. 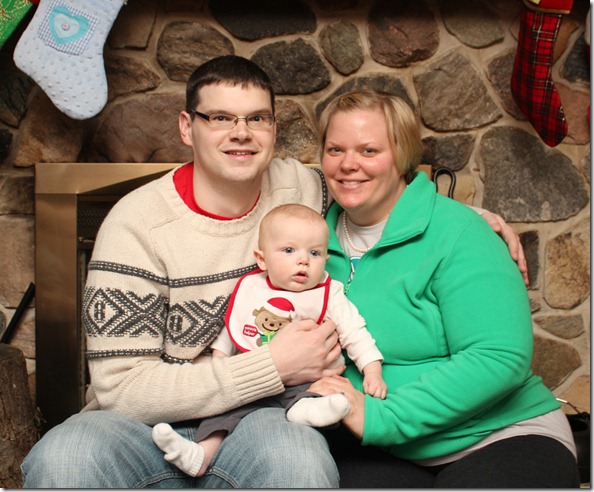 I had my son at the end of July and had only gained 30 pounds while pregnant but since I was already overweight, 30 pounds was quite high. However, a week after he was born I was back down to my pre-pregnancy weight.  But I’ve since gained 10 of that back and I need to get that plus more off once and for all. With my son, life is very busy so I want to focus on trying to fit exercise in even when life appears jammed packed.  My goal is to weigh less than I do at this moment but more importantly to complete my second half marathon later in the year. “ 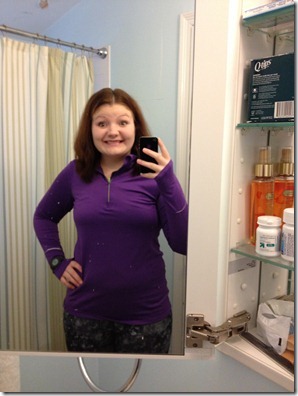 Sierra wrote, “January Joiners would be the perfect chance for me to keep myself accountable and to achieve goals I have wanted to for a long time. My first big goal of the year is to successfully raise all the funds for the Team in Training team I am participating in. My fundraising goal is $1300 and the race is the Rock ‘n Roll Half Marathon in Washington DC. For the most part, I walked the last Half-Marathon I did and came in at 3:49:56. I would like to do more running than walking for this Half-Marathon and am thinking a 3:15 goal time would be great! I am also eyeing the LA Rock ‘n Roll Half-Marathon in October.

My second big goal of the year is to really run. I take a lot of walking breaks right now and I would really like to be able to increase endurance and speed. I have started the Couch to 5K program many times and I will get all the way through the program in 2013. I did the Commitment Day 5K and while it was my slowest 5K race I have ever done, I did not let that discourage me. Instead, I felt something click and I look forward to how far I am going to go physically in 2013.

My third big goal of the year is to safely lose 3 pounds per month for 36 pounds lost in 2013. I went for 5 pounds a month in 2012 and was disappointed when things did not go right all the time. Instead of losing any pounds in 2012, I gained. I would like to lose a total of 60 pounds, but I want to do it slowly and steadily while making lifestyle changes that will stick. I do not want to make any changes I cannot live with.

All these goals have a bigger reason for me and one I have only told one other person, until telling everyone on Healthy Tipping Point. I would like to do the OKC Memorial Marathon in April 2014! Wow! I can’t believe I am putting this goal out into the interwebs! I want to do everything in my power to get my body in the best shape before I try a marathon. (I also want to work in law enforcement, so that is a huge reason why.) I chose the OKC Memorial Marathon because I originally from Oklahoma and while I joke I never want to move back to Oklahoma, it still has a special place in my heart. I also remember my parents having the TV on after the OKC Bombing and seeing horrific images on the screen. The OKC Memorial itself is one of my "favorites" to visit and reflect on. I’m getting teary eyed, so I am going to move on. I feel like running the OKC Memorial Marathon would be fitting for me because Oklahoma has been a huge part of my life and it helped shape me into the person I am. “

There are more JJ stories coming later this week, but for now, do you have any advice for Christine, Maeve, Jillian, or Sierra?  My #1 piece of advice for those who want to exercise more would be to really study their lives and figure out how to fit in exercise.  We often dive headfirst into our goals without addressing our schedule first.  If you get too overwhelmed, you’ll never stick to it!