The problem with crawling… 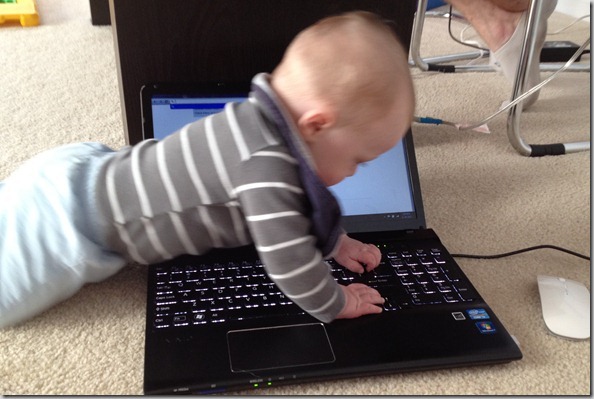 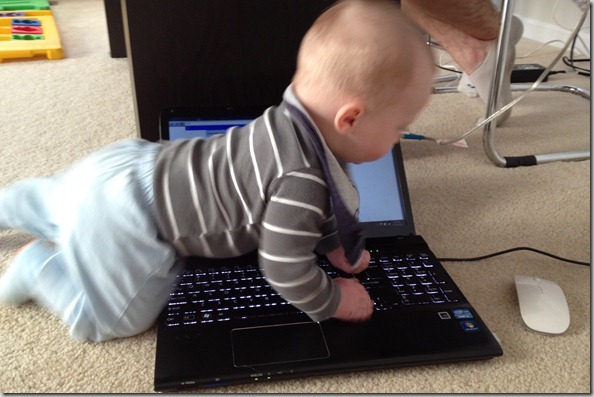 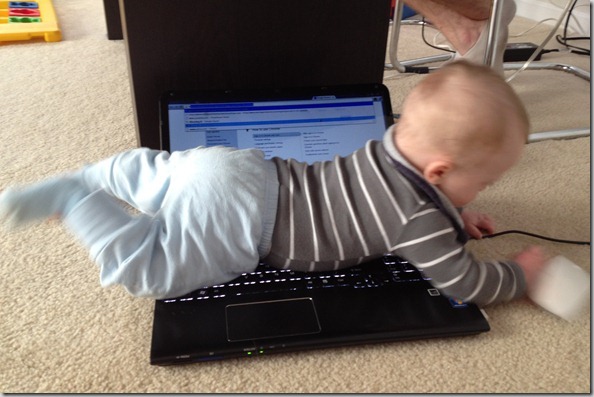 My laptop survived.  My sanity, however, is on life support.

How’s your Monday back going?  Mine is going well – lots and lots to do, but the Husband is home today, which is nice.  It meant that I got to go the pool with DadHTP for a swim.  We haven’t gone swimming together in a long, long time.  I did 1,000 yards! 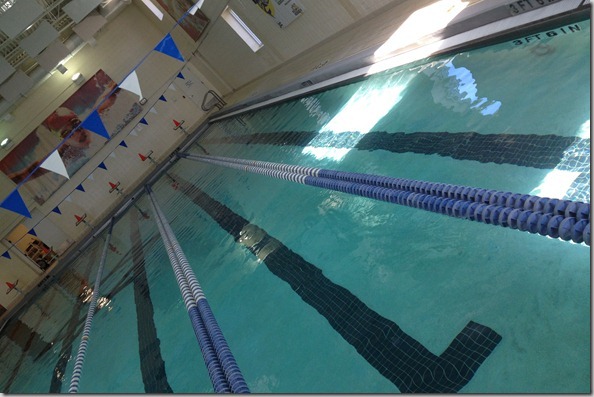 Swimming is always so deceiving.  I’m a pretty solid swimmer, so even if it’s been weeks since I got into the pool, it always feels easy when I’m doing it.  But two hours later, my muscles are SCREAMING.  I can barely lift my arms – a big problem when you have a squirmy 17-pounder.

While swimming, I was thinking about something and really want your input, if possible!  One of my big life goals is to do a Half Ironman.  Now, I’ve got a decent about of sprint and Olympic triathlon experience, as well as half marathon running and metric century biking experience.  Put all my races together, and a Half Ironman sounds feasible (it’s a 1.2 mile swim, a 56-mile bike, and a half marathon).  But, obviously, doing one after another is a totally different animal.  But, like I said, it’s definitely one of my big life goals.  And I’ve been trying to figure out when to tackle this goal, exactly.

Like a lot of active parents, I’ve got to coordinate my race goals with pregnancy + childbirth + newbornness.  If we have another kiddo, that’s at least a total of 15 months that I can’t run or bike (running + pregnancy don’t mix for me) or train at what I imagine to be a Half Ironman level (I’m baaaarely at the point with Henry’s sleep that I can even fathom training for a long distance running race).   And I know it will be even harder to find time to train if I have two kids.

So if I don’t do it sooner rather than later, it might be pushed back for many, many years.

Here’s my question:  I’d love to hear from other parents who successfully trained for a long race like a marathon or Half Ironman.  How did you do it?  And WHEN did you do it?  How old were your kiddos?  Any feedback or advice on combining endurance events and children?

Next post: Tour of the New Holistic Wellness Center