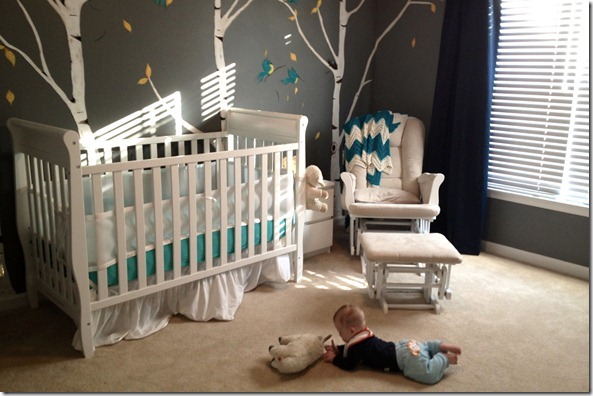 I don’t want to jinx ourselves, but I think we finally found a sleep training technique that works – neither of us have had to go into Henry’s room at night for two nights in a row…. the only two times that has happened in his entire life.  I’ll do a post about what we’re doing in a week or so (I want to make sure this isn’t the most amazingwonderfulepic fluke in the entire world), but for now – let me just say it’s absolute bliss. 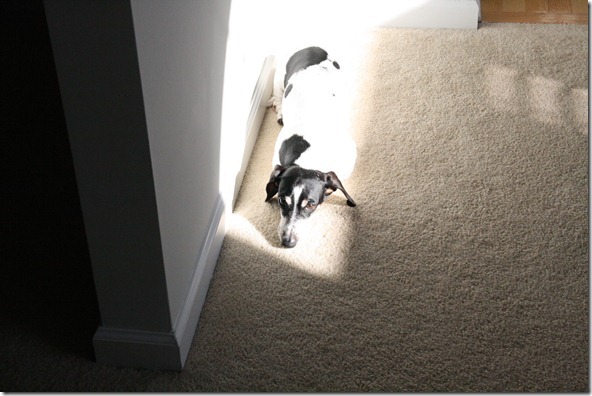 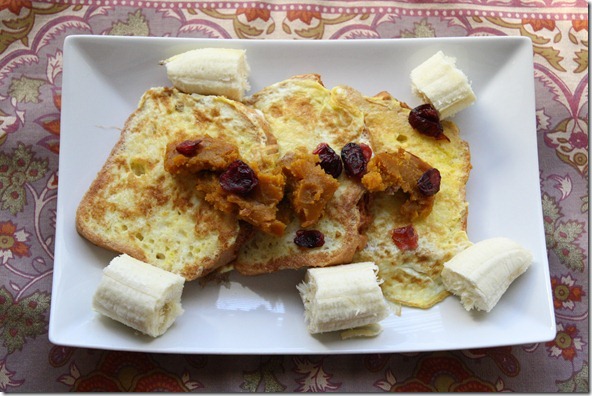 French toast smothered in the inside bits of pumpkin pie (yes really) and topped with banana and dried cranberries. 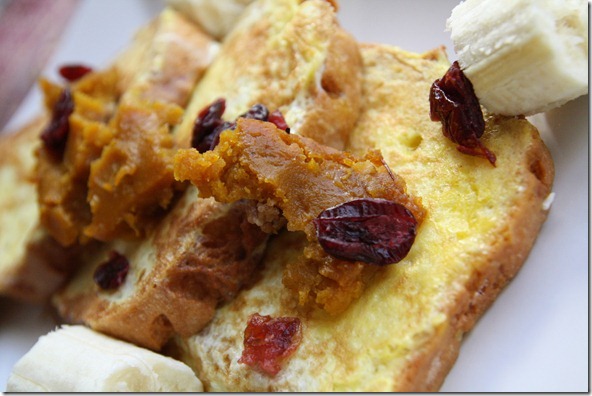