Sleep, Perchance to Stare at You

Cup of coffee, anyone? 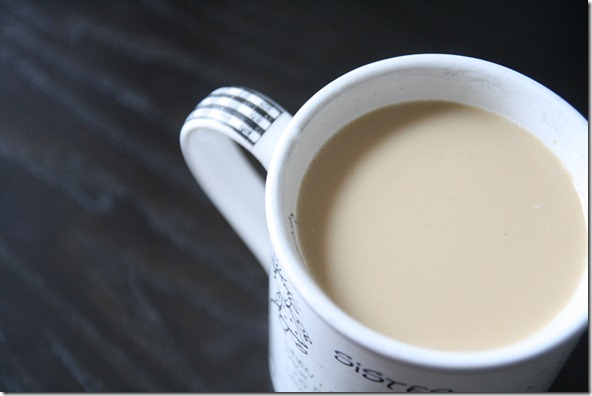 I spotted this Pumpkin Spice coffee at Trader Joe’s and immediately tossed it into my cart.  It’s no Pumpkin Spice Latte from Starbucks (of course) but it tastes pretty darn delicious.  Although anything in coffee form tastes good after the night that I had… 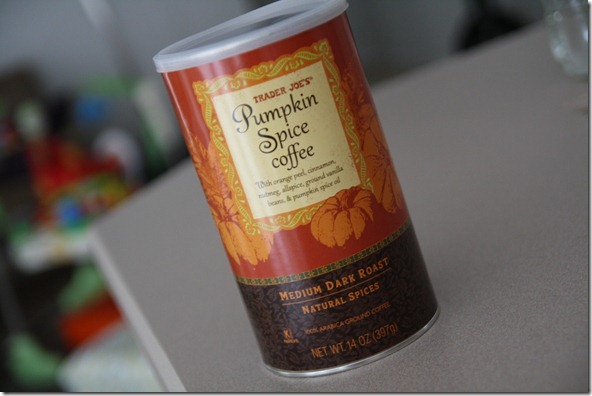 I’m sleeping on a mattress on the floor of Henry’s nursery for the time being.  Although everyone has assured me not to worry about the face-in-the-mattress thing at his age, I am still a bit freaked out by it and wanted to be nearby.  He rolled over to his tummy at 4 AM and I watched him adjust his head for almost an hour.  He would put his little face into the mattress, wait a minute, realize he couldn’t breathe very well, tilt his head, wait ten minutes, put his face down, and repeat the process all over again.  Better than not moving his noggin’ at all!  And thank goodness I bought him a breathable bumper – he kept banging up against the side of the crib when he flipped.  Without the bumper, he would’ve gotten his little leggies or arms trapped (which he did once before during a nap, and the screams were enough to get me in the car and to Babies R Us within the hour).  Compound all of this with the fact that I had a blood draw on Friday and that impacted my milk supply.  I’ve been extra pumping to try to build it back up.  Basically, I slept like hell. But at least Henry is alive, and I have access to Pumpkin Spice coffee.  Right?

Oh, baby.  Am I a nervous nelly first-time mom or what? 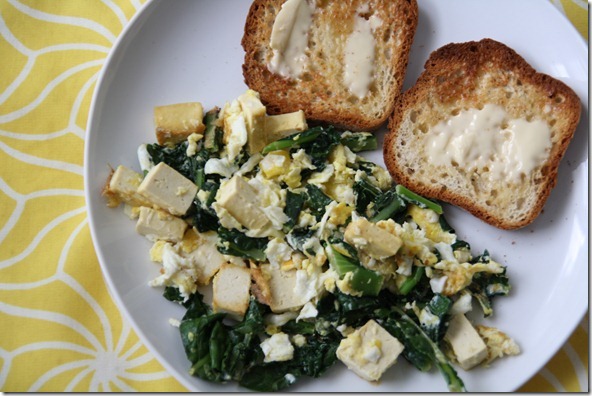 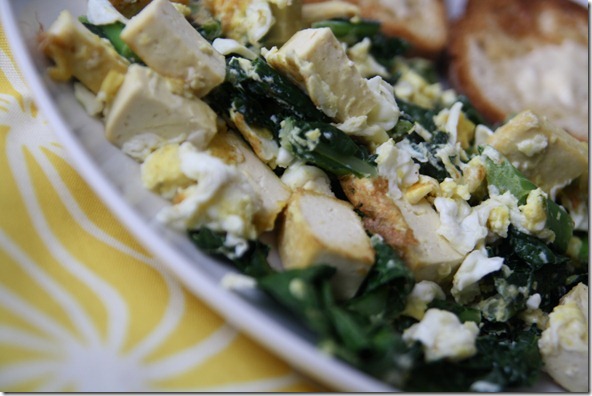 Looks complicated but was pretty simple because the tofu and kale were leftovers.

**The story behind the SISTER mug:  Many people have asked why I use a Sister mug, as I am an only child.  Funny tale:  Freshman year of college, I was hanging out with some friends at a frat house.  One of my friend’s friends gave me the mug as a gift after I remarked that I didn’t have any mugs in my dorm room.  I don’t know why the frat boy had a Sister mug, but it was nice of him to give it to me.  Never went out with him or saw him again.  Ten years later, the rest is history.  If I ever break this mug, I will be so sad.