Allison wrote, “I am a vegetarian. I originally went strict vegan after reading Skinny Bitch in 2008. I was vegan for about a year and a half, and while I felt amazing when I was doing it, I eventually transitioned into a vegetarian and have been one ever since. Since you have been a vegetarian for so many years now, I was curious if you had ever done a blog post about how things have changed since you became one… Any obstacles you’ve faced, and also if it affected your pregnancy at all, or if anyone (family members or friends) gave you any crap about the fact that you didn’t eat meat while pregnant. I am just curious because my husband and I are going to start trying for our first in a few months and I KNOW this will be an issue for my family as well as his.” 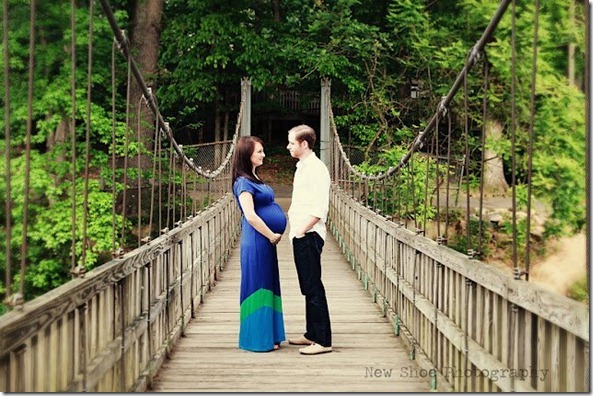 I went veg about three and a half years ago, and the Husband transitioned to vegetarianism shortly thereafter.  Although he isn’t strict about it, he also chooses to avoid dairy more often than not (but does eat eggs).  I don’t eat dairy right now but not by choice – it’s because Henry has shown signs of being sensitive to it via my breastmilk.

Vegetarianism is not a ‘weird’ thing in my family.  MomHTP eats a mostly vegetarian diet, as do my in-laws.  So, fortunately, I did not have to deal with family members judging my choice to not eat meat while pregnant (which, by the way, is widely recognized by the medical community as a perfectly healthy option, although it does come with challenges).

I encountered two issues relating to vegetarianism while pregnant.  First, the Bradley Method of natural childbirth focuses on encouraging mothers-to-be to eat a lot of protein.  The reasoning behind this is that eating more than 70 grams of protein a day (that’s the *magic number* my instructor gave our class) helps strengthen the bag of waters and prevent premature rupture.  Side note: I have tried to find a study to link to online but cannot – sorry.  It’s hard to eat 70 grams of protein a day as a vegetarian, period, but it’s especially hard if you’re trying not to overdo it on soy.  That’s because soy can mimic estrogen in the body.  According to MayoClinic.com:

In one human study, male infants born to women who ingested soymilk or soy products during pregnancy experienced more frequent hypospadias (a birth defect in which the urethral meatus, the opening from which urine passes, is abnormally positioned on the underside of the penis). However, other human and animal studies have examined males or females fed soy formula as infants, and have not found abnormalities in infant growth, head circumference, height, weight, occurrence of puberty, menstruation, or reproductive ability. 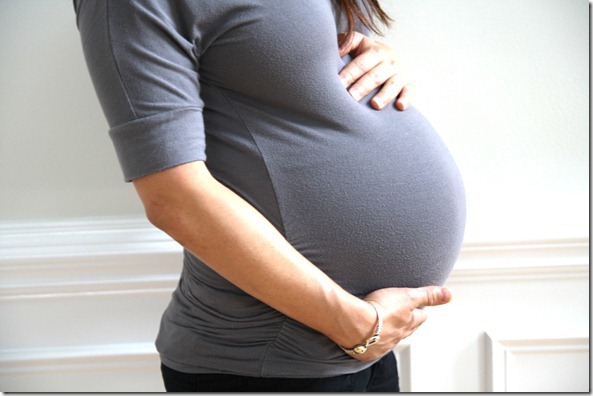 Since I didn’t know if I was having a boy or a girl, I was a bit concerned about overdoing it on soy and balancing my soy intake with my protein needs.  I ended up eating a LOT of eggs.  I am proud of the way that I ate during pregnancy and my bags of water lasted until the day before my due date, popping five hours after an acupuncture session to induce labor (my husband has mad acupuncture skills, what can I say?).

The other issue that I encountered while pregnant was that I had low iron levels.  You have tons of extra blood in your body during pregnancy (up to 50% more!), so it’s really difficult for many pregnant women, vegetarian or not, to stay on top of their iron needs.  However, this is an especially common problem for vegetarian mommas-to-be because plant-based iron is not as readily bioavailable as animal-based iron.  In the end, my low iron levels were not a big deal – I just took a supplement (as many women have to, whether veg or not).

So, I would say that being a pregnant vegetarian was, in many ways, no different from being a non-vegetarian.  I had to pay attention to what I ate and be thoughtful in my choices.  As some people may have to be very aware about eating enough veggies, I just paid more attention to protein and iron.

Regarding whether we’ll raise Henry as a vegetarian, I once wrote a post on this very topic:  Will We Or Won’t We? Raising Vegetarian Kids. Our stance is that we won’t freak out if Henry chooses to try meat at a friend’s house when he’s older – we’re afraid that being strict about forcing our food choices will push him away.  However, that being said, I really don’t want to feel pressured to ‘introduce’ meat to him at our house or his extended family’s houses, especially when he is very young.  I hope our non-vegetarian family and friends will respect our choice, won’t tease Henry for being part of a vegetarian family, and will offer Henry healthy vegetarian options.  It really would hurt my feelings if someone who was close to us tried to ‘trick’ Henry into eating meat or used meat to challenge our parental authority in a round-about way.  Being vegetarian is important to the Husband and me for a variety of reasons. 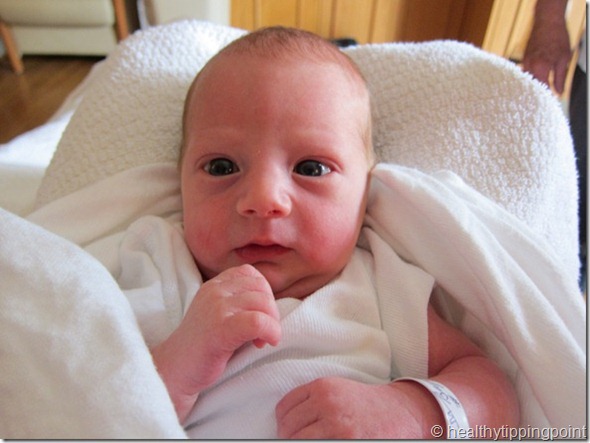 To sum up my response to Allison’s question… Although family members didn’t harp on me for food choices, I certainly had well-meaning relatives or friends reach out with other concerns (especially regarding drug-free birth).  I think it’s important to draw a distinction between ‘being helpful’ and ‘stomping boundaries.’  Being well-meaning or curious is, of course, totally fine.  Perhaps Allison’s family members really don’t understand that you can be a healthy vegetarian momma, as long as you are thoughtful in the way you eat (kind of like everyone else!).  However, in general, I think a very healthy response to any type of boundary stomping is the phrase: “Thank you for your concern, but I’ve got this covered.”  Repeat ad nauseum.

I’d love for other parents to weigh in – vegetarian or not!  Did you have anyone get on your case about how you ate during pregnancy or how you raised your children to eat?  Details, please!