Well.  My planned six miler became a four miler because, once again, a lost doggie was pulled towards me like I’m a powerful puppy magnet.  I was scared to touch this pup – he was big and not the friendliest – so I corralled him away from the main road and knocked on a few doors to find his momma. 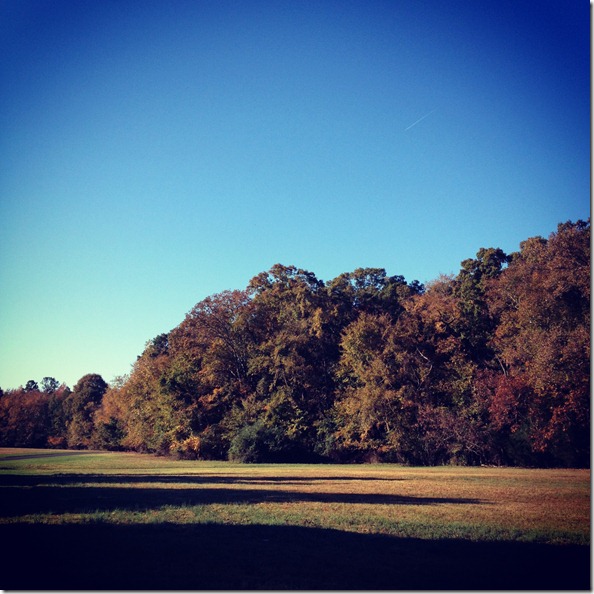 Doggie interruptions aside, it was a great run.

I came home, jumped in the shower, and pulled the fastest turnaround ever so we could head into work.  Smoothies to go! 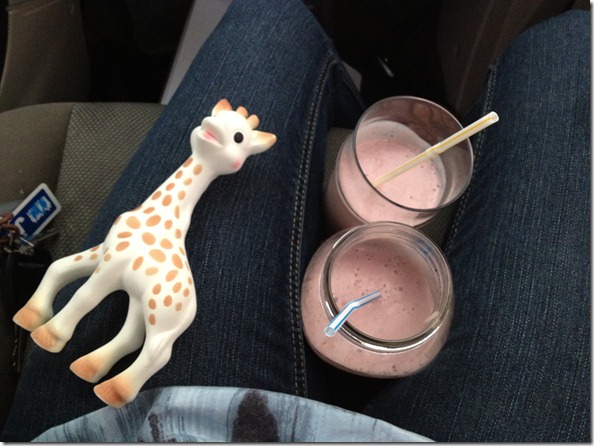 I dropped Kristien off at the old clinic and headed to the new clinic to meet a potential subleaser.  We’ve always had a vision of a true wellness center with lots of practitioners with different specialties, and now, that vision is becoming a reality!  Slowly but surely.

Henry hung out in his pack and play while I gave a tour. 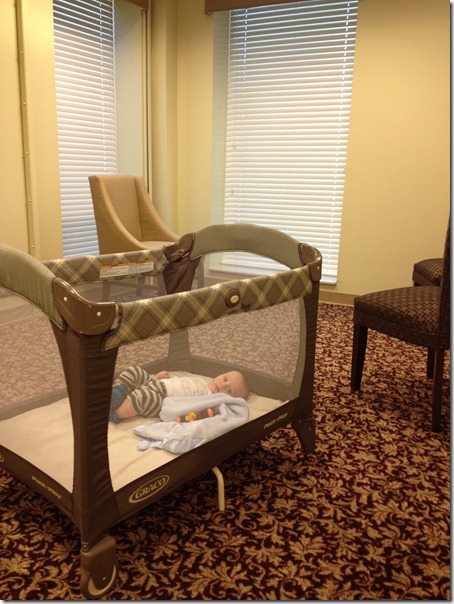 And then, he helped me spruce up one of the extra rooms.  We’re looking for a massage therapist to rent out this room, but it’s on the smaller side and looks very officey with nothing in it.  I think that some people will have trouble envisioning themselves working in the space, so I took a cue from House Hunters and ‘staged’ the room with some flowy curtains and a lamp on a side table.  I wish I had an extra massage table to set up in the space, but alas – no dice.  A yoga mat provides some decent perspective, though. 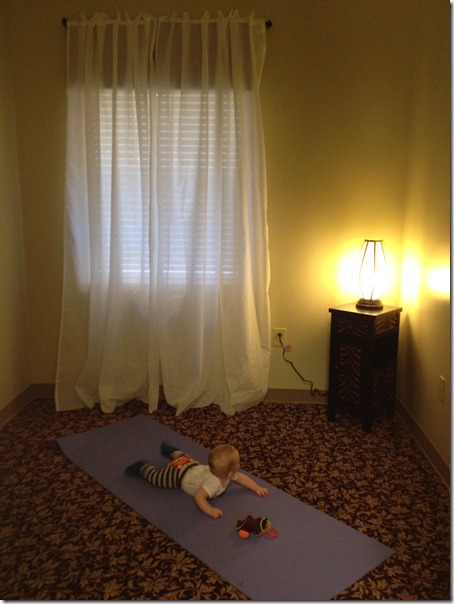 Came home and made a little lunch. 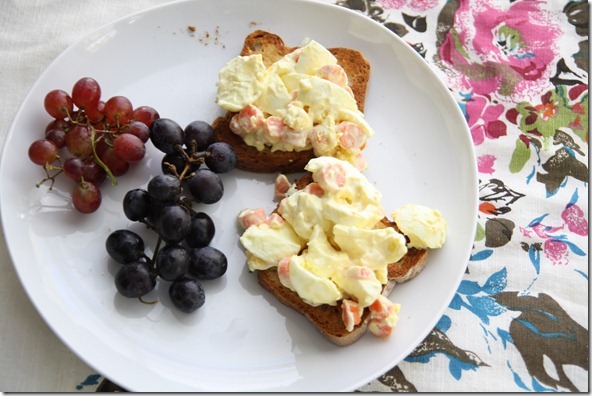 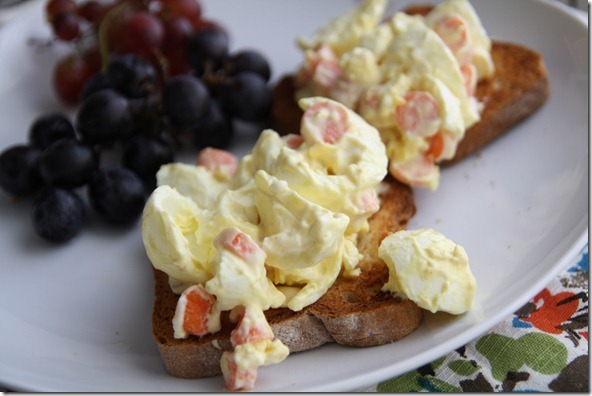 Now, if you’ll excuse me, the baby is down for a nap so I must go into hyper-drive to get stuff down!