It always makes me laugh – I know that blog readers heavily favor Maggie.  Maybe I just make her seem more lovable or sillier or cuter than James.  According to you guys, Maggie is Queen.  But in my non-Internet life, everyone… hates… Maggie.  Isn’t that sad?  She is lovable and silly and cute – she’s  a huge cuddle bug – but she has a nasty, nasty habit that turns off most of our friends and family members.  She is really barky. 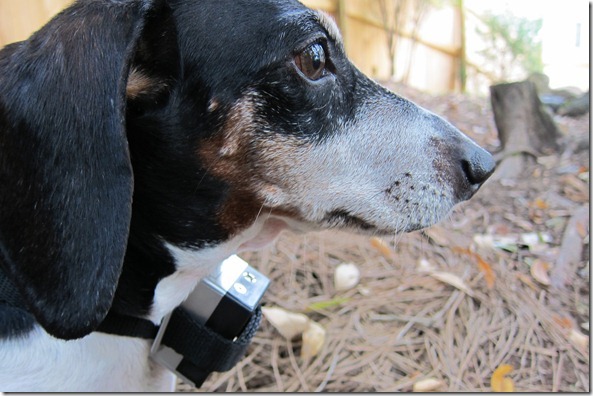 I’ll take responsibility:  we’re at somewhat at fault for the barking problem.  We never really got serious about correcting it (yelling, “Maggie! Please stop barking!” does not count).  But we’re not totally to blame:  we got her as a two year-old rescue dog riddled with severe separation anxiety.  And dachshunds are notorious barkers.  So we had a lot working against us. 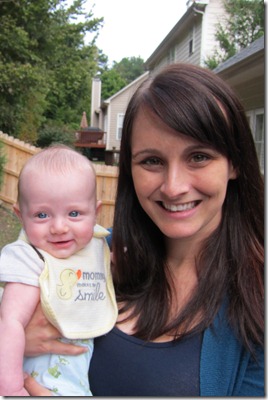 Over the last five years, I’ve just learned to ignore the barking… I felt so bad when it irritated visitors, but I was just apathetic about training her because Maggie is really dense and difficult to train (James is proof that I can actually train a dog – he is perfectly behaved).  It felt like a huge uphill battle that I just didn’t have the energy for.

In hindsight, we should’ve done everything in our power to resolve this issue before the baby was born.  At first, Henry didn’t seem to mind the barking at all (he listened to it in the womb for nine months, after all), but in the last few weeks, he seems more sensitive to it.  People suggested spraying her with a water bottle or shaking a can of coins to snap her out of her barking coma, but neither option was feasible when Henry was falling asleep in my arms or eating.  You certainly can’t shake a can of pennies next to sleeping a baby’s face without severe consequences!

So – I headed to the Internet to seek out some options.  I wanted some sort of anti-bark collar because 1) she needs to be immediately corrected and 2) I can’t necessarily do the correcting because of the baby.  I definitely wanted something humane and affordable, too.  The idea of an electric shock collar bothered me, although I knew the buzz wasn’t supposed to be painful.  So I ended up purchasing the Innotek Anti-Bark Citronella Spray Collar.

The collar has a special box that sits against the dog’s throat.  The side against their skin has a little microphone sensor device, and on the top are two holes:  one to inject the Citronella (an essential oil derived from lemongrass) and the other to spray it out.  When the dog barks, the mike triggers the sprayer to release a puff of Citronella into their face.  It makes a hissing sound and smells rather strong (but kind of good).  In theory, the spray and smell startles the dog and teaches them to associate barking with the unpleasant sensation. 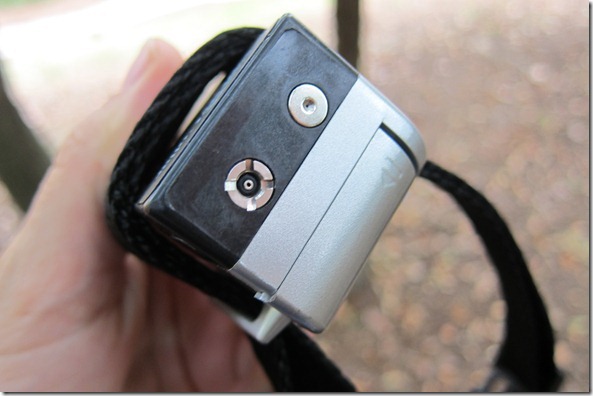 I’ll confess:  I was pretty sure this collar would not work on Maggie.  As I mentioned, Maggie is pretty dense, and I wasn’t convinced that she could figure out that bark = spray.  But when the package arrived on Friday night, I immediately ripped it open, filled the spray box with Citronella, and strapped it on her.  And then I knocked on the door.

The result?  Maggie started to frantically bark (per the usual) and the collar started to spray.  It took three sprays for her to figure out not to bark.  I was FLOORED!  She went and sat by the door with a quiet expression on her face.  She seemed a little confused but certainly not in pain or upset. Over the evening, we had a couple more bark attempts, but each time, she quickly figured out to shut her trap. 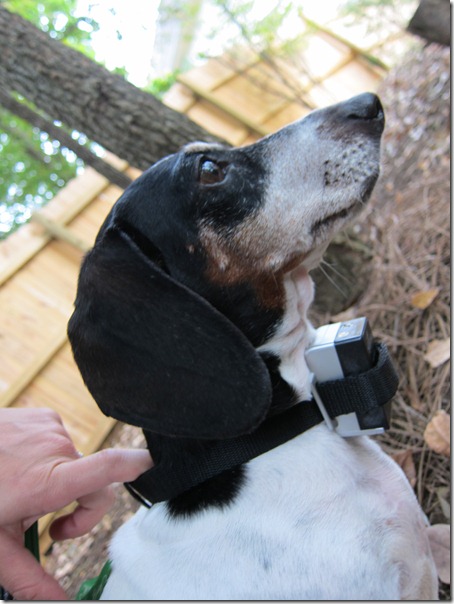 The instructions say it takes a few weeks of wearing the collar for the dog to really learn not to bark at all; after that, you may be able to completely stop using it.  In the meantime, I’m giving her lots of praise for being quiet and keeping treats near the door to reward her when she doesn’t bark at visitors.  I also praise her when I put the collar back on so she doesn’t associate me with the collar.   Additionally, every time the spray goes off, we say, “No bark” so we can hopefully just use verbal cues in the future.

The only problem with the collar is that it is very sensitive.  I think this may be to compensate for dogs with lots of hair.  As a result, we had many ‘false positives’ when the spray would go off in her face for no reason.  I felt REALLY bad about that – I didn’t want her to think she was being corrected for just sitting quietly on the couch!  After a few hours of false positives, I decided to cover the mike with two layers of duct tape to create a buffer.  This seems to have resolved the false positive issue, although we’ve had a few more unintentional sprays. 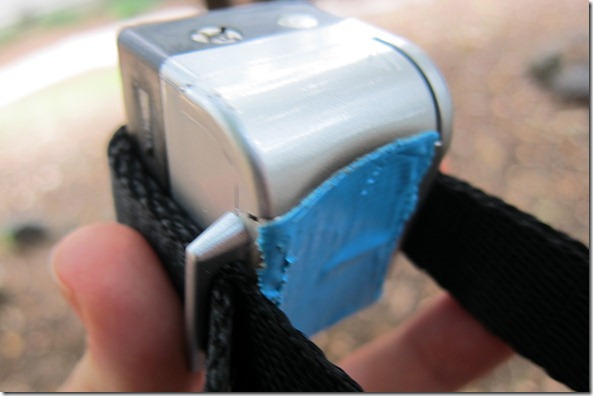 The other problem?  James is terrified of the collar (and thus of Maggie).  He is staying far, far away from Maggie for the time being.  Every time the spray goes off, he jumps up, runs away, and sulks in the corner.  Such a sensitive boy. 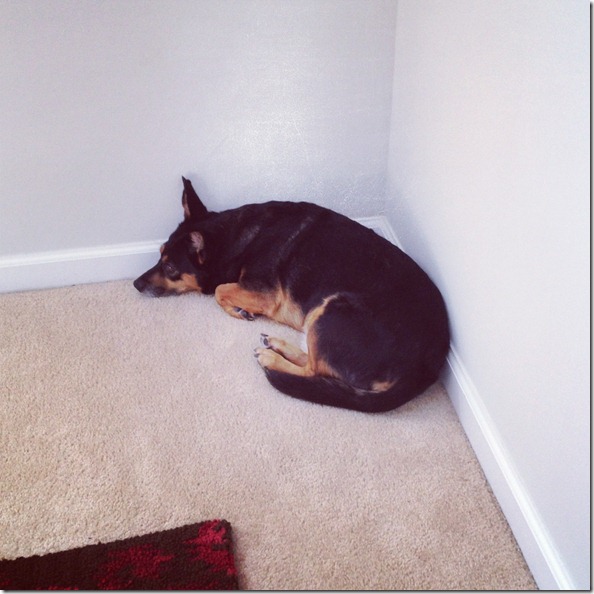 In conclusion… if you have a barking dog and other training techniques aren’t working or you are unable to always immediately correct the pup, I would say that the spray collar is a humane and effective option.  Based on a weekend of use, I can tell that it is going to work on Maggie.  Even if it doesn’t fully stop the behavior, if we are reduced to just one bark-spray instead of lots of bark-bark-bark-barks, that’s a win.

And yes – I put the collar on myself and barked to see what it felt like to be sprayed in the face.  It was no big deal, but it was rather startling.

Anyone else use an anti-bark collar?  Or another effective training device to quiet a noisy puppy?