Thank you SO much for all the wonderful comments and feedback on my You Are Getting Very Sleepy… post.  I ran out (okay, I sent the Husband out) and immediately bought Healthy Sleep Habits, Happy Child, which many people recommended. 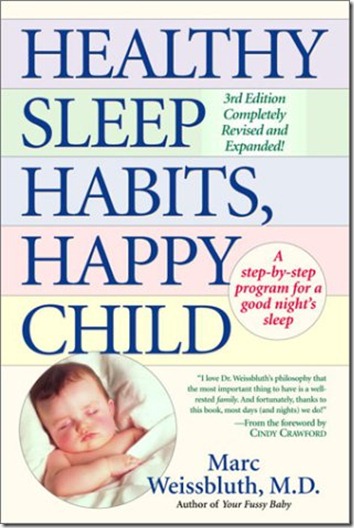 It was also helpful for me to hear that Henry’s behavior is well within the range of normal (isn’t that always nice to hear?).  One person commented that week 12 – 16 is often the roughest on the parents because the newness of the situation is wearing off and serious sleep deprivation is setting in <— this also made me feel better.  I’ve said it over and over again, but one of the best things about blogging and reading others’ blogs is realizing that you’re not alone in whatever you’re going through.

That being said, Henry is almost in bed (Kristien is singing him a lullaby and about to put him down), and then I’m cracking open that book!

So – did you all have a nice Sunday?  We did.  This morning, we went to the gym.  DadHTP came, too, and we did our usual tag team walk and swim.  I walked around the indoor track with Henry in a stroller… 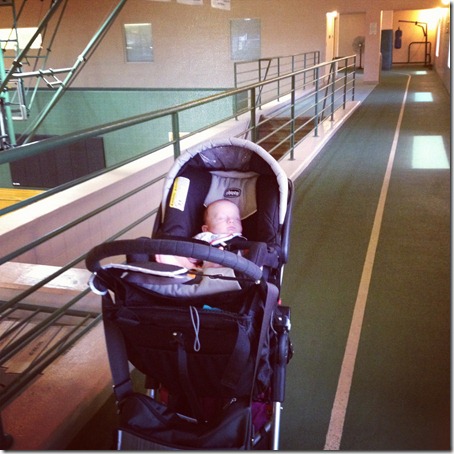 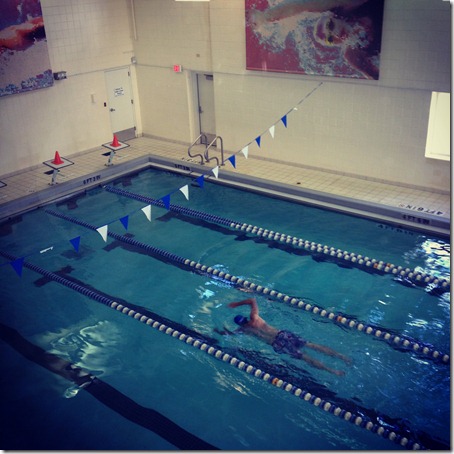 And then we switched.  But I swam in the outside pool, which was nice.  Did about 750 yards, too.

Hmm.  What else?  Oh, when the Husband was at Barnes and Noble picking up that sleep book, he was approached by a con artist.  I kid you not.  The guy talked to him about (what turned out to be) a pyramid scam, and Kristien said he immediately got a super creepy feeling, so he took his card and politely excused himself.  We Googled him later and – yup – turns out he’s a well-known con artist. (I called the bookstore to warn them.)  Reminds me of the time that I was convinced to buy $60 worth of cleaning solution from a door-to-door saleswoman and afterwards, when I Googled the company, I realized that I had totally been conned and the product was not all-natural or concentrated and the proceeds were not going to inner-city kids.  Damn.  Also – $60 for a bottle of cleaning solution?  I was an idiot.

So that was my Sunday.  A little sleep, a little swimming, and a little swindling.  What’s new with you?