My first job was as a cashier at a supermarket (Publix fans, hollar!).  One of my favorite aspects of the job was checking out someone’s purchases and trying to deduce something about their life.  For example:  someone buys a ton of plastic silverware, paper plates, soda, chips, and hamburgers – they’re having a party!  Occasionally, the purchases were very funny, like:  a woman buys chocolate, tampons, and a gossip magazine… or a man buys condoms and flowers.

Did you know that companies use complex algorithms to hypothesize what’s going on in your life and what purchases you are likely to make next?  It’s called predictive analytics.  There’s a really interesting article in the New York Times about how Target does this.  The goal, basically, is to use purchases to predict when a consumer’s life is in flux (marriage, child, moving into a new home) because that’s when they are most likely to try new products and switch brands.

Anyway, I had to laugh because I could only guess what Amazon was thinking when I bought the following items:

Diapers – Well, this is an obvious one.  I have a baby!

Blackout Curtains – I have a baby and am trying to get him to sleep.  Amazon should start to bombard me with ads for coffee makers and under-eye concealer in 3… 2… 1. 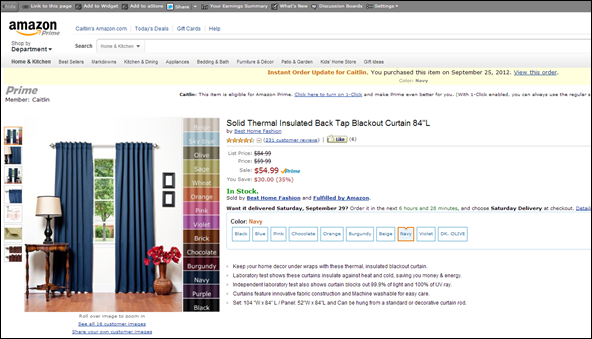 And an anti-bark citronella spray collar.  I have a baby, am trying to get them to sleep, and I own a very cute and barky dog that is interfering with the process. 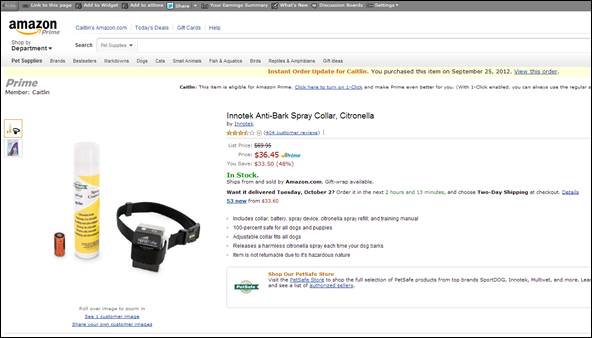 Speaking of those blackout curtains, they are pretty awesome!  I think Henry will nap better during the day if he’s in a dark, cozy nursery (as opposed to the pack ‘n play in the master bedroom, which has four windows and no curtains).  I  need to extend the curtain rod a bit so the sun can’t peek around the edges, but man oh man – it is so much darker in there now.  It feels like a little hotel. 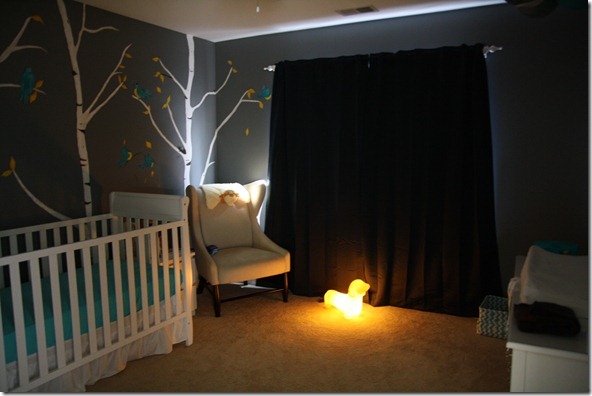 Just looking at that picture makes me want to go to sleep.

Speaking of habit formation and behavioral cues, do you think I can motivate myself to get in the car, drive the gym, and swim 1,000 laps simply by pulling on my bathing suit?  Here’s to hoping.  In the very least, it is extremely awkward to lounge around on the couch in a cap and goggles.