I looked forward to this afternoon all week! 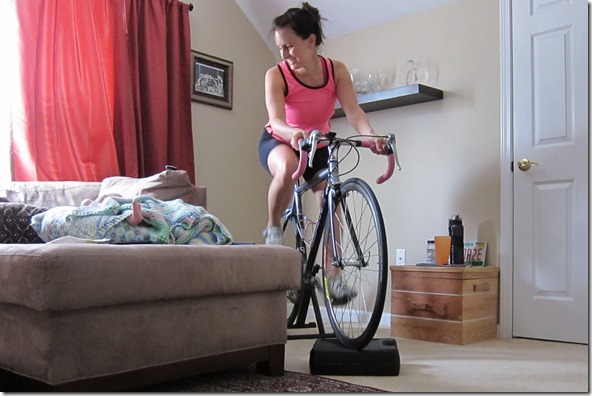 The women’s Olympic triathlon was held today (at 4 AM; I recorded it), and when I had a free moment, I hopped on my indoor trainer, pressed play, and settled in to watch an amazing race with a literal photo finish.

Coolest race course ever!  I want to do a triathlon in the middle of London. 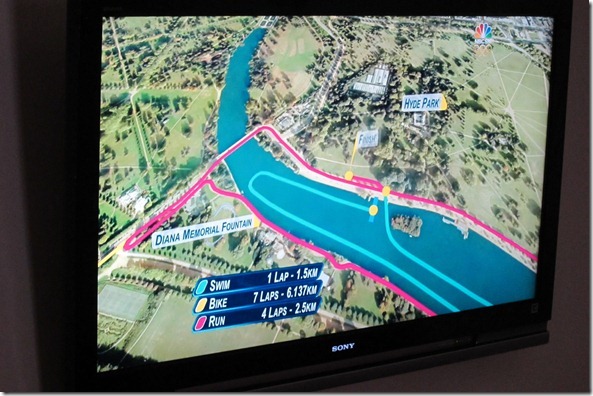 My ride involved watching the race, doing speedwork, practicing clipping in and out, and tending to Henry. 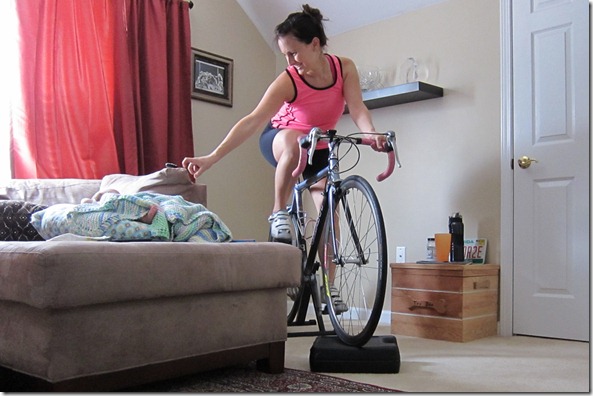 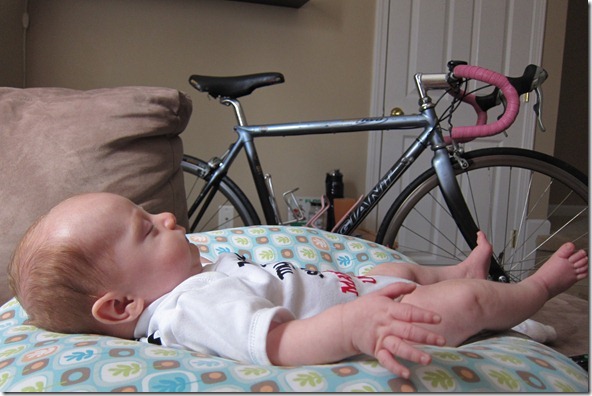 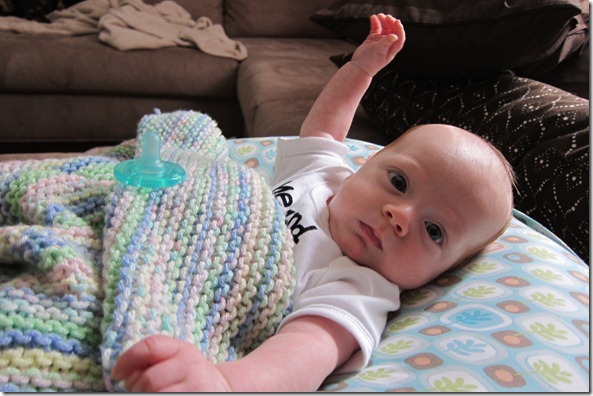 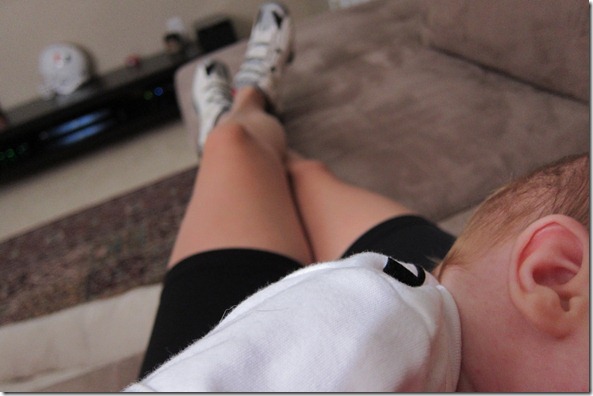 All in all, I rode for about 30 minutes while watching the race.  I was most impressed by the athletes’ very, very fast transitions – we’re talking a few seconds to go from the swim to the bike or the bike to the run.  I take two to three minutes (but I’m horrendous at transitioning).  I really enjoyed watching the event because the commentators were full of great tri tips for amateurs, such as:

I was so pumped by the end of the race – and by my ride, which was my first time on a bike since Henry’s birth – that I finally signed up for my next triathlon.  It’s a sprint event at the end of August.  Watch out, here I come!