This pretty much sums up my day so far: 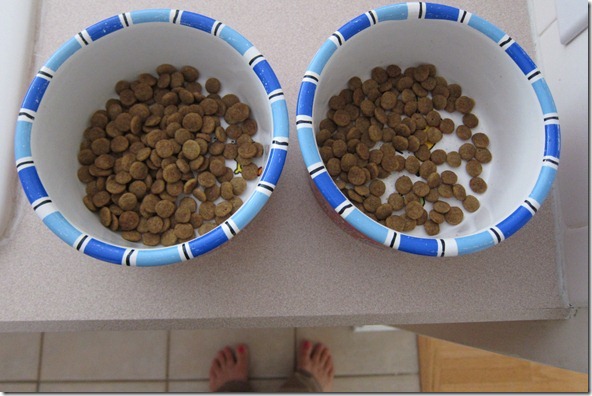 I could not, for the life of me, remember if I had fed the dogs approximately ten minutes before this photograph was taken.  I poured the dry food and suddenly had a sneaking suspicion that I had already done it… except I really couldn’t be sure.  Maggie looked hungry, but Maggie is always hungry.  I ended up smelling James’ muzzle and decided that they had just eaten.

And then I drank a huge coffee.

As predicted, Henry gave me a run for my money last night.  He is normally pretty good at night but was up every hour and a half to eat and then stayed up at one point for an hour straight, just fussin’ for no apparent reason.  And then this morning, he decided that he didn’t want to put down… at all.  The only way he wouldn’t cry was if I was carrying him, which made doing anything else – like, um, putting in my contacts, brushing my teeth, or making breakfast – very difficult.  These mornings always occur when the Husband leaves early for work! 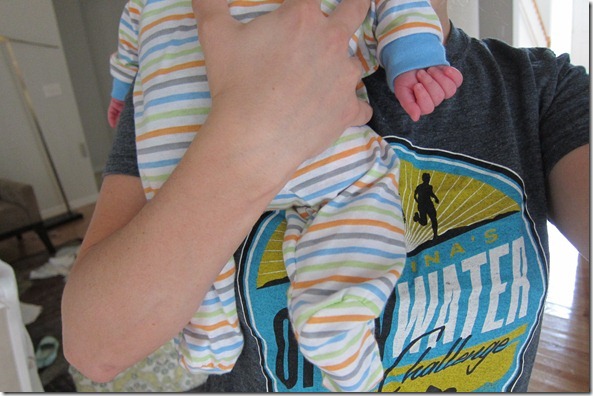 Eventually, I decided to read Henry a book that my friend Cindi gave me. 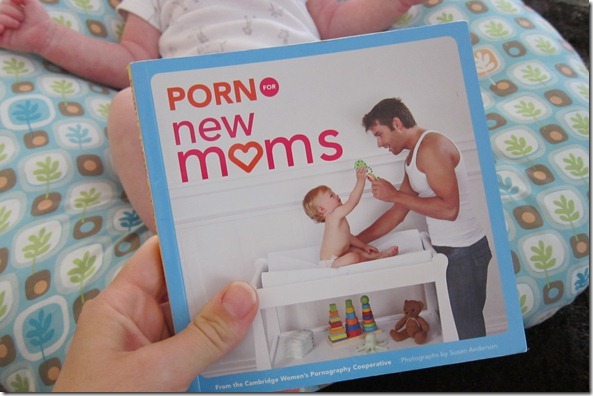 Okay, it’s not exactly a child-friendly title, but Henry doesn’t know the difference. 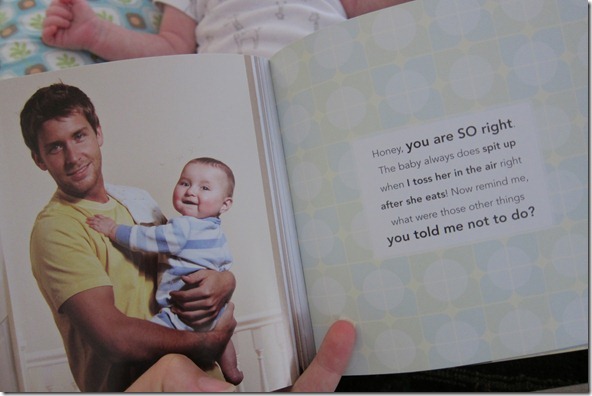 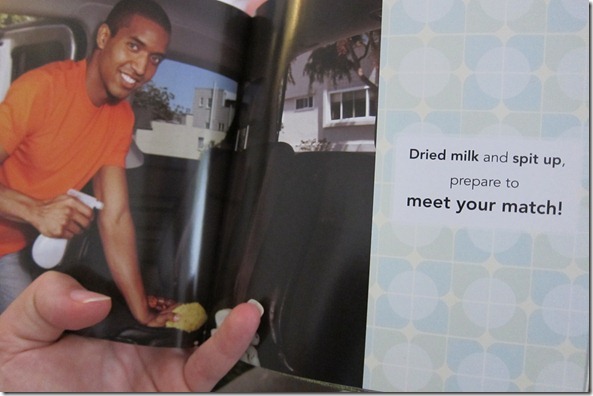 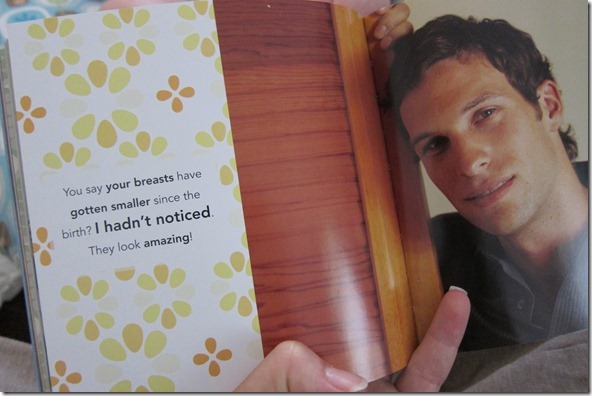 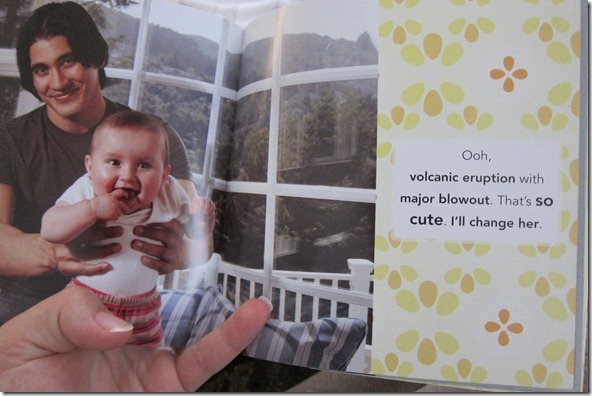 By the time we were done, Henry was finally down for a nap…  Sleepin’ like a baby. 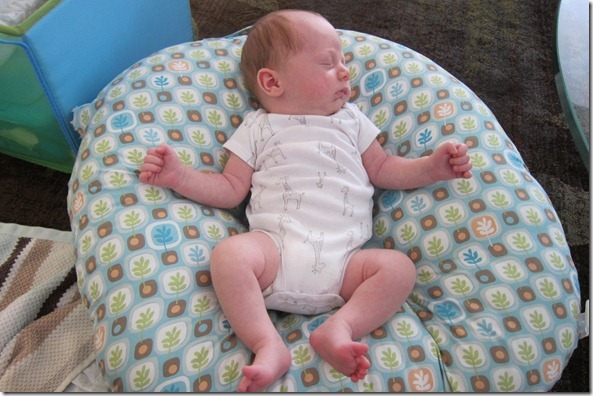 Which allowed me to eat breakfast… at 10:00.  Food never tasted so good. 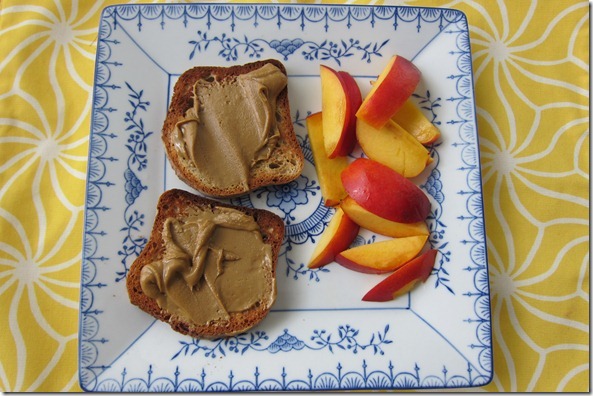 This has become my go-to breakfast because it’s so easy to prepare and I can eat it while nursing/standing up.  PB toast and a piece of fruit. 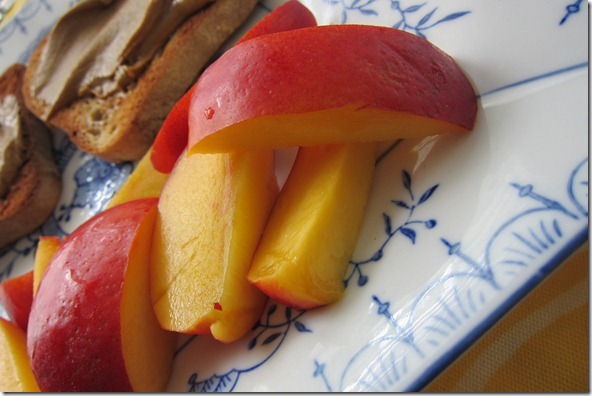 Lunch involved leftovers from dinner, which have become part of my go-to lunch.  Lunch also regularly includes a grilled cheese sandwich because… well, damn, those things are TASTY. 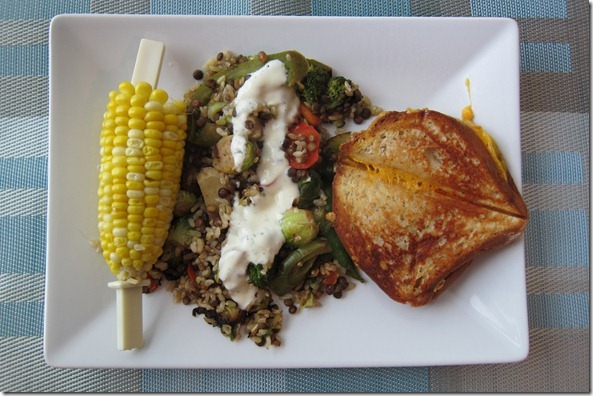 And now… I’m left wondering whether I actually washed my hair this morning or I just stood under the stream and forget to lather up.  Hmm…