We ventured out to a restaurant with the baby – and it went quite well!  Babies are just so portable at this age.  We decided to hit up Fern, Charlotte’s nicest vegetarian restaurant (as cool as Charlotte is for mid-sized Southern city, there are only three vegetarian restaurants that I know of – a takeout place, a lunch place, and Fern, which is the fancypants veggie spot). 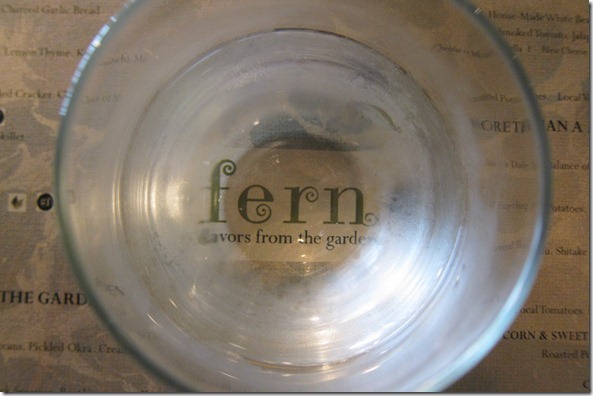 Date night for the three of us, whoop whoop! 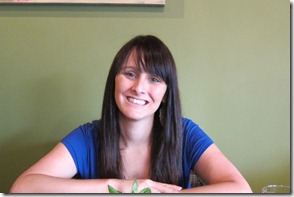 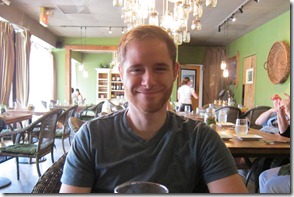 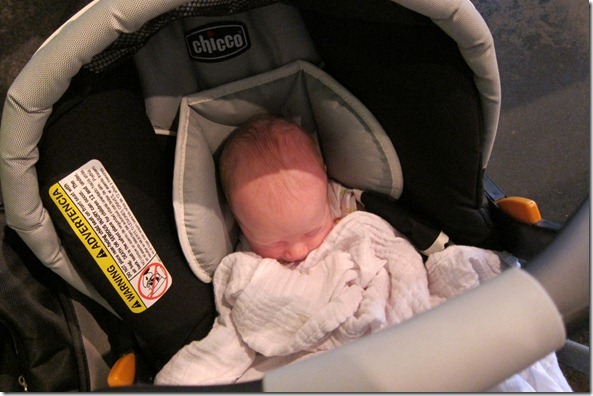 We were excited to see they had a new summer menu. SO. MANY. CHOICES. 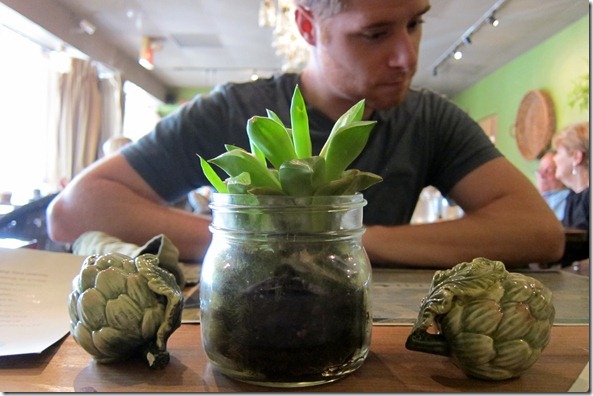 Truthfully, with my gluten sensitivity and the fact that I’m avoiding dairy because of breastfeeding, it is not usually very fun for me to eat out.  But there were a grand total of EIGHT menu items that were both vegan and gluten free.  BRING. ON. THE. NOM. NOMS.

We started off with this gluten-free beer.  We planned to split it, but I took one sip and said no thanks (for what it’s worth, Kristien liked it).  In my opinion, there are some things that should not be made gluten-free… beer is one of them. 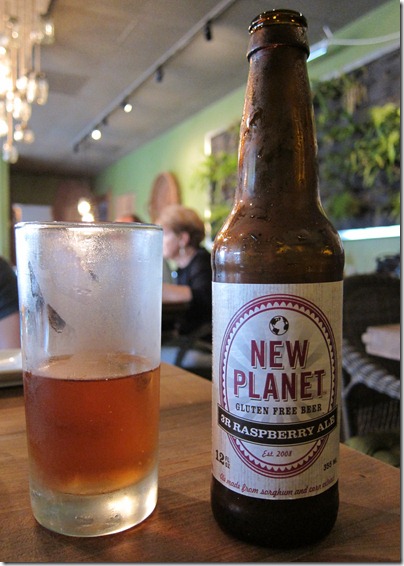 That’s what wine is for, silly.

We started off with the hush puppies, which were made of squash and vegan cheese.  By far the tastiest part of the meal. 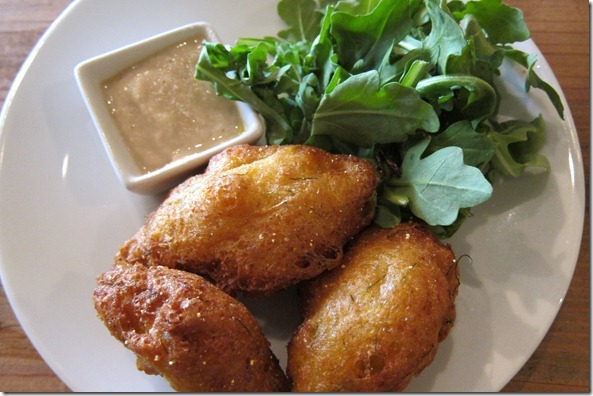 And we ordered the baby cakes, which were latkes made from a variety of squashes and zucchini. 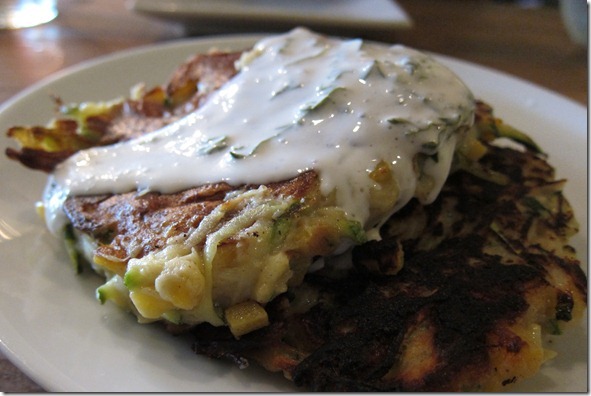 For the entrée, we split the Dashi Ramen, which included zucchini noodles, coconut broth, mushrooms, tofu, and fried seaweed. 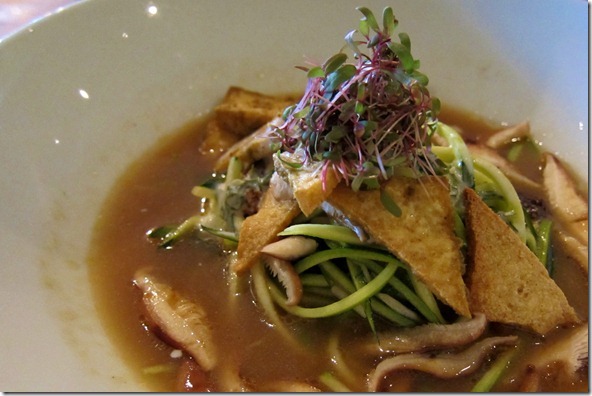 Never had fried seaweed before.  It was fishy (not necessarily a bad thing when used in moderation). 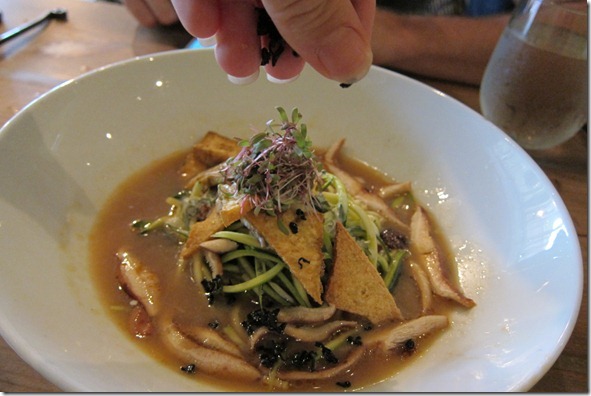 A very nice date night, indeed.  Henry was happy, too.  He napped and didn’t make a peep the entire time!

In other news, my shoulders are killing me thanks to a wonderful 1,000 yard swim.  Instead of rushing to and from the pool, I carved out some time to some swim quality laps.  I thought I’d max out at 750, but I took a nice, long break and then restarted.  It felt good to swim my pregnancy distance again… hopefully I’ll work back up to my pre-pregnancy distance (1,500) again soon!

What are you all up to this lovely Saturday?  Any date nights?  Killer workouts? Both at the same time?!