Let me wax poetic about Anne P’s Peanut Butter Bars for a moment.

These homemade bars have fueled the Husband and I through the last six weeks.  Twice a week, I make a huge double batch, and we eat the bars for breakfasts and snacks.  I’ve made the recipe so many times that I don’t even need to pull up the directions anymore – I know all the measurements by heart. 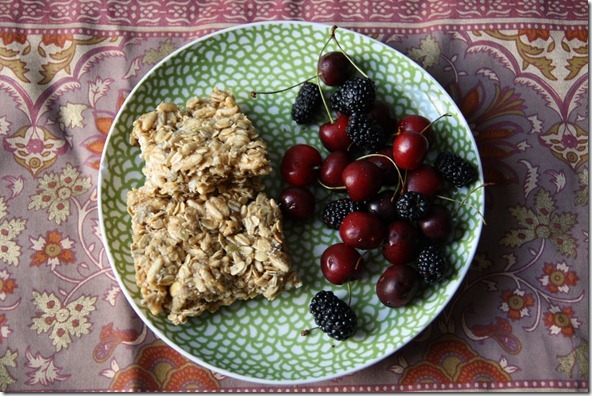 I’ve discovered there are many tasty modifications that I can make to Anne’s original recipe:

The thing that I love MOST about these bars is that I can eat them while nursing.  Both Henry and I wake up ready to eat and grabbing a bar from the fridge means that I don’t have to wait 20 – 30 minutes to get food in my system.  Feeling your blood sugar crash while the baby nurses is a terrible thing.

Once everyone was fed, we went on a long walk.  I’ve been slacking on taking the dogs on long walks because it’s SO hot and not safe for Henry, but we were up really early this morning.  It was practically cool out! 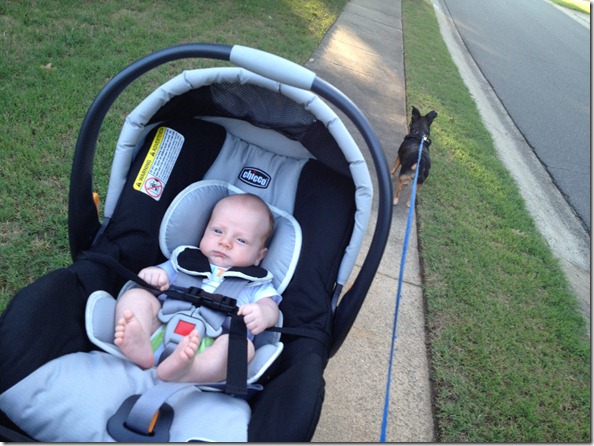 A little Henry factoid:  He weighs 10 pounds and 5 ounces now!  He was 6 pounds and 11 ounces at birth.  That’s a gain of more than 9 ounces a week (the average for a breastfed baby is 4 – 7 ounces a week).  I knew he seemed bigger but holy hell.   I think it’s time to pack away all the newborn sized clothes…  Must be all those peanut butter bars.